You're Canny Thriving in Retirement 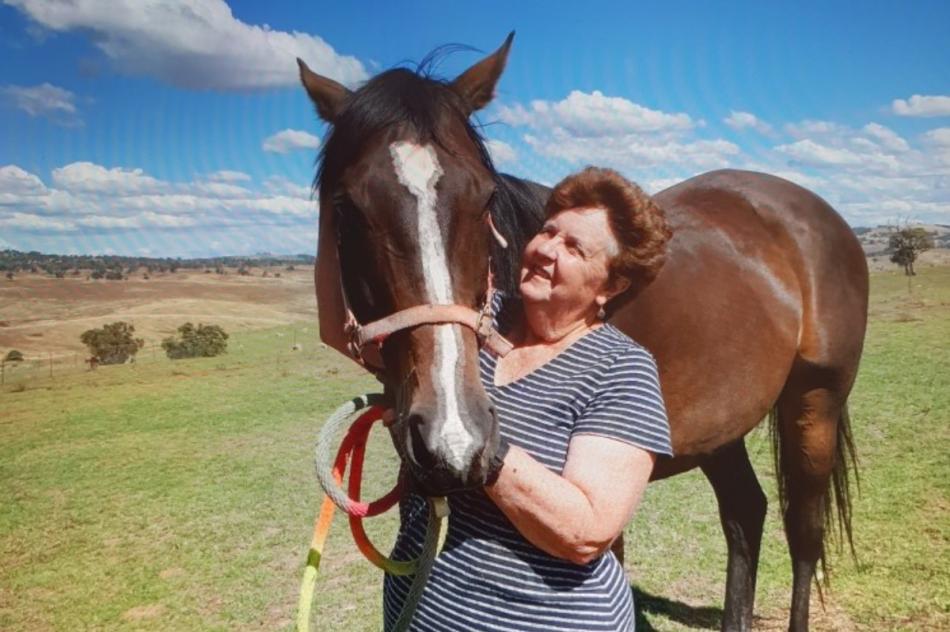 Spoilt and loved is how Canberra’s last Black Opal Stakes winner has spent his days in retirement.

Sent out as an outsider against boom filly Karuta Queen, You’re Canny produced a “massive boilover” which made the race caller cry “You’re kidding!” in the 2011 Black Opal Stakes. It was a feeling which long-time owner Glenis Trevaskis said has been unrivalled during her time in racing.

“Oh my goodness, I don’t think I could ever put the feeling into words” Trevaskis reminisced.

“He wasn’t given much of a chance on the day so we didn’t have the highest expectations, you can imagine the celebrations when he past the post in front of Karuta Queen.”

Trained by local Trainer Gratz Vella, You’re Canny raced for another two years after winning the Black Opal  accruing another victory and four more minor placings before a serious injury put an end to his career.

“He could have been euthanised” Trevaskis said. “They told us that he’d never walk again and he’d be no good to anyone but we wouldn’t accept that, we wanted to do everything in our power to not just keep him alive but assure him a good quality of life moving forward.”

“We sent him to a friend’s farm for three months and they nursed him back to health. When he came back to us they’d almost got him back to normal, it was an amazing turnaround and vindicated our efforts”.

From this friend’s farm the now 12-year-old You’re Canny moved back to Trevaskis’s farm in Belconnen where he lives to this day, happy, healthy, spoilt and loved. Alongside him lives 5 current racehorses and 4 ex-racehorses, all of which Trevaskis says hold a dear place in her heart.

“Of course none of them achieved what You’re Canny did on the track but each and every one of them are just as special to me and are spoiled every day on our farm, just like him.”

It’s not just Black Opal winners that get the celebrity treatment upon retirement. Once trained by Gratz Vella, American Time entered the 2014 Black Opal Stakes as a 50-1 chance and ran accordingly finishing 8th.

American Time’s inability finish in the top half in the Black Opal Stakes means nothing to current owner Brian Corkhill who’s love for his horse hasn’t waivered since her racing career ended.

“She has brought me plenty of joy on the track and just as much of the track in retirement” Corkhill said. “50 years we’ve been owning horses and for along time we’ve had them trained by Gratz Vella who does a great job with them during their career’s but he also places great emphasis on getting them rehomed, often through other equestrian disciplines.”

“He has found plenty of homes for our racehorses, he does an excellent job placing them post-racing. One of our horses, his name was Mountain Time, was a very decent racehorse but found his true talent post-racing, he ended up being a star show-jumper”.

The nine year old American Time is living at Scone and has a foal at foot by Smart Missile.