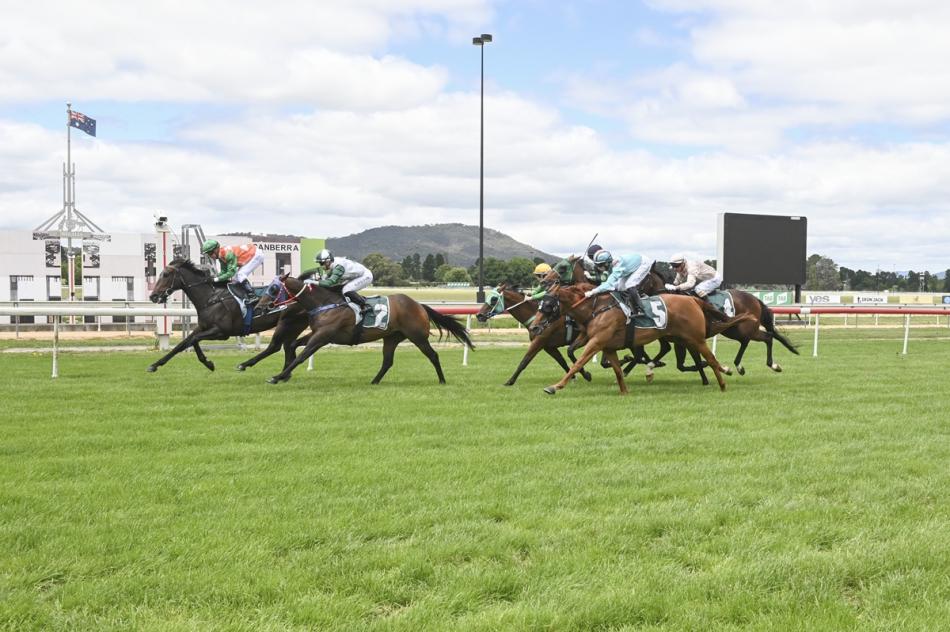 Doug Gorrel’s stable star Brothers of Antrim is a track and distance specialist over the 1000m at Thoroughbred Park with the talented gelding having never missed the quinella from the chute, boasting two wins and two second placings from just four goes.

While the son of The Brothers War (USA) will face his toughest test at the track and trip when he lines up in Wednesday’s feature at Canberra, in the TAB Federal (1000m). his form this preparation warrants respect.

With a win and two seconds from four starts this preparation, Brothers of Antrim’s only failure came in a quality SERA Country Championships Qualifier when finishing 12th of 14. He has almost been faultless outside of this performance and went almighty close to winning on Canberra Cup Day a fortnight ago when second behind Fangela when carrying the big weight of 61.5kg.

Trainer Doug Gorrel is thrilled with how his galloper has been racing and sees no reason why this strong form will halt on Wednesday.

“We’re really happy with how he’s going” Gorrel said. “In his first few preps he would only stand up in one or two runs before we had to give him a break but as he’s matured he’s got stronger and can stay up for longer.”

“It’s a strong race but I’m really happy with him and I’m sure he’ll continue his good form.”

Nick Heywood has been booked for the ride and will take some piloting with Brothers of Antrim due to jump from Barrier Ten (of 12).

“He’s drawn awkwardly.” Gorrel said. “We won’t be hunting him to the front, he can definitely race midfield so he will probably be ridden somewhat conservatively.”

In what is a cracking edition of the TAB Federal, Brothers of Antrim will face a highly touted pair in Pretty Woman and Miss Ostend as well as the in-form Fangela and Devils Triangle who has form around a certain recent boom horse – Shelby Sixtysix.

The TAB Federal is Race Seven on Wednesday’s program and will jump at 5:01pm.

Wednesday’s race meeting has attracted strong fields with 10 or more acceptors entered in each of the eight races across the card with 97 acceptors in total. Race One, the Mitavite – It’s All In the Bag Plate (1000m) is due to jump at 1:30pm.