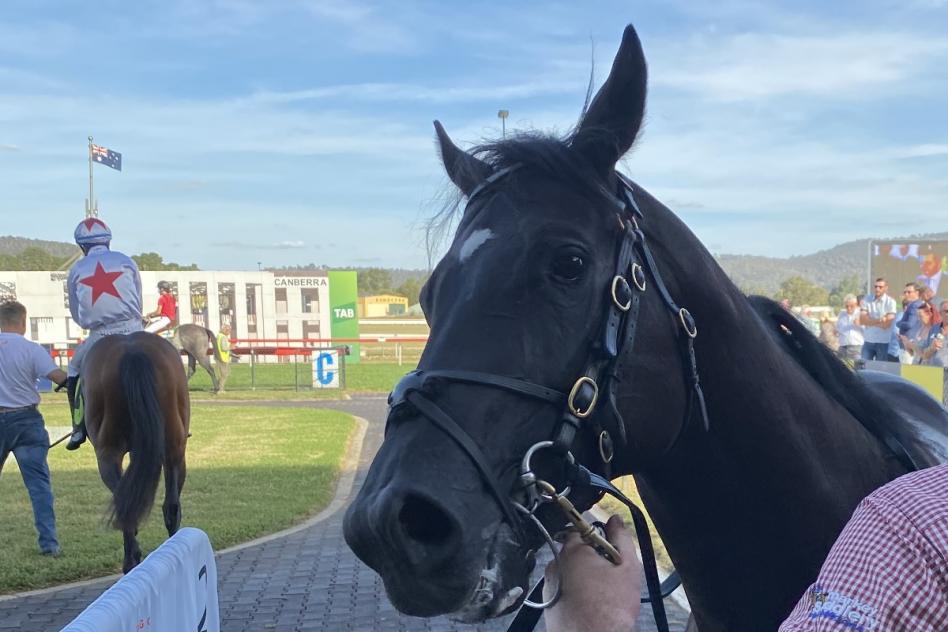 Kalashnikov has delivered a fourth Black Opal Stakes for Team Snowden in impressive fashion breaking the race record with a blistering time of 1:09.60. The Capitalist colt pressed his claims for a berth in the Golden Slipper just beating a fast finishing Solar Winds.

Scott Spackman’s Rocket Tiger looked to contol things in front and lead for a long way before Kalashinkov was piloted brilliantly by gun hoop James McDonald to Rocket Tiger’s outside. Kalashnikov outsprinted Rocket Tiger who fought galliantly finishing third but it Team Hawke’s Solar Winds who gave the Snowden’s a scare with the first starter finishing off in impressive fashion in the $250,000 Group 3 contest.

Of the locals, Norm Gardner’s Miss Ostend faired best with an impressive fourth, just missing out on that all important black-type placing.

Ealier in the day the locally trained Handle The Truth produced an exposlive turn of foot to run away with the Seears Workwear National Sprint beating home Thy Kingdom Come and Peyton Place in track record time of 1:21.63, smashing the previous record of 1:21.70 held by Tougherthantherest. A touch of déjà vu, the Keith Dryden-trained Handle The Truth partnering Nash Rawilller to a win on John McGrath Auto Group Black Opal Stakes Day for a second consecutive year. The coincidences didn’t stop there with the Jospeh Jones-trained Zelago also winning on Canberra’s premier race day for two years in a row. Zelago is part owned by John McGrath, founder of the day’s major sponsor John McGrath Auto Group.

It was a day out for the local Trainers collecting five out of the eight races. Matthew Dale who has a strong team engaged across both days of the Carnival, took out the $80,000 Affinity Constructions Australia Quality Open Sprint with Mossman George finishing best under English jockey Tom Marquand. Mossman George beat home a strong field including Wayupinsthesky and Black Magnum who filled the placings.