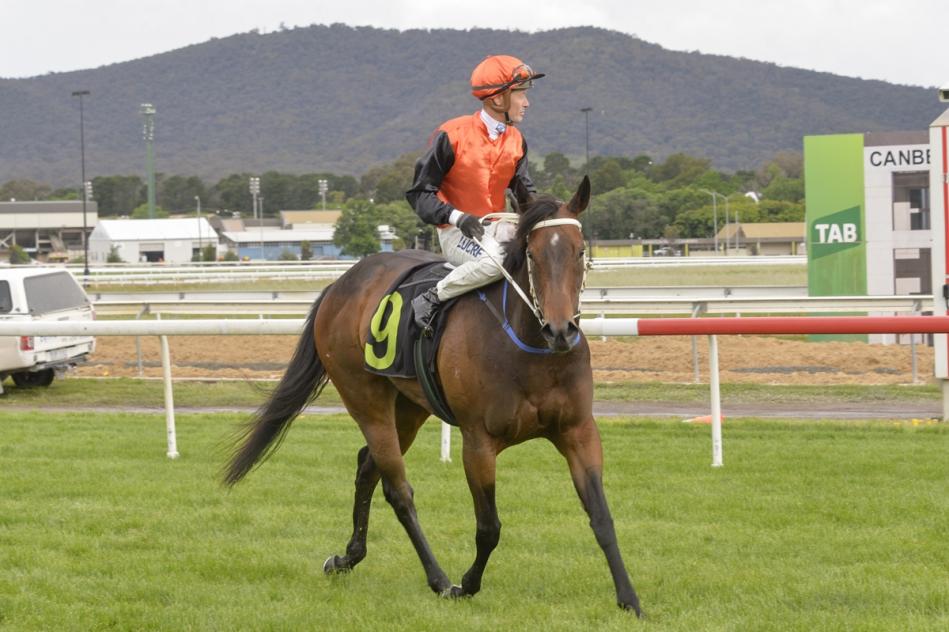 They raced on a heavy 9 and the meeting was belted by scratchings. The track has come up well since a long rest and reinvigoration and coped with the protracted rain much better than in the past. In Race 3, there was a rather a rare occurrence which we outline in the race analysis. The betting suggested the feature TAB Federal would be competitive, but Girls Are Ready proved much too good.

Waterhouse-Bott debutant COMMAND APPROVED $1.30 (1) was backed to the exclusion of all others. She managed to get up from stablemate and debutant SPEAK NOW$11 and ALL ASTERN $12 on debut for Nick Olive beaten just over 1L. Command Approved crossed from the wide gate and found the lead as anticipated. He kept going and despite running out late held off the finishes to win by 0.77L. Speak now say behind the leader but didn’t show the same das on turning. Stuck to the rial and ran strongly through the line. All Astern also finished the race off well. Still a bit new but let down well and will also go on. OLD NEWMARKET $16 was beaten off, but the connections of the other two non-paced contestants wouldn’t have been disappointed with their efforts.

STREET CRED was backed $3.90-$2.70F and proved best of the five runners. Trainer Mick Smith is a dab hand with middle distance/stayers, and it was a good effort on the heavy track up in grade. Street Cred led at a modest clip and felt no pressure. MILAMOO broke the line and made a forward move before the 600m and elected to position in the centre of the track on turning. Street Cred stuck to the inside and saw it out well with the low weight gate. Milamoo was beaten just over a length her first attempt at this trip and tried hard. Ran out a bit under pressure. CLEM FANDANGO $4.20 couldn’t quicken off the slow pace and was doing his best work late beaten 2.6L. The winner was well-prepared, and the weight relief counted.

The Waterhouse-Bott-trained HARDNESS started a $2 favourite and the only other runner given a winning hope was HAYYU $3.60. What transpired was almost certainly unique in Australian racing. Two of the rank outsiders — both stablemates — won in a dead-heat and they were 3.2L clear of the favoured pair on the line. Hardness led but was immediately pressured by Hayya and after a tussle the latter pushed on at the 800m to set up a clear lead. Hardness joined on his outside on straightening and the looked like fighting it out before the stablemates LADY ANIMALIA $61 and SUPERVIEW $31 burst through further out and went away to win comfortably. Both has sat beyond midfield with the former elected to take an outside route to the post and the former an inner. Lady Animalia was having her fist run for the Kelley barn while the later was third-up and started $81 at this track prior, well-beaten in similar conditions. The two favoured gallopers burnt juice early and it told on the heavy track when the pressure went on.

Just three runners went around, and it was favourite SERB ALERT 2.25 who prevailed by a head. The debutant DARK ORIGINS $2.60 led with TIFF’s FINALE $3.80 sitting outside her. The winner was just behind and turned widest of the three. She was inconvenienced briefly in the straight but got the nod over Tiff’s Finale with Dark Origins fading beaten 2.8L. Serb Alert took 23 starts to break Maidens and that says a lot about the quality of the race.

Six runners and the market gave four of them a decent chance of winning. As it transpired HONEYSUCKLE CHOICE $3.60EF gave them a belting. She cruised to the front one-off the rail and at no stage looked in danger of being beaten. The only runner to make ground was DIAMOND CLASS $4.80 who settled back in the field and was widest on the turn. The other equal-favourite LENNOX ROAD was in the firing line throughout but wanted to hang in the straight and was under pressure before the 100m. NO WHAT TO KEEP $4.00 disappointed first-up and no abnormalities were found post-race. The winner was rock-hard fit and relished the conditions and can win again in the right company.

I CALL JUNEE HOME $2.40 was a firm favourite and proved much too good for the local barn and came off an easy Maiden win at the Sapphire Coast. She flew the gates to lead sitting one off the rail with KING GUTHO $3.20 sitting on her. Ears pricked she let sale for home winning by nearly four lengths eased down.  King Gutho gave his all but in the end had to relinquish second to EM CEE GEE $6.0 who ran on the form the back. SCOFFA $5.50 disappointed and post-race it was revealed the colt had cardiac arrhythmia and will need to barrier trial satisfactorily before racing again. I Call Junee Home is an improver worth following.

As we pointed out in the preview, GIRLS ARE READY $3.40 ticked a lot of boxes and proved much too good for the other TAB Federal aspirants. The mare was allowed to sit one off the rial behind the leading division. PEYTON PLACE $3.20 was a clear leader on turning but Girls Are Ready had improved her position to sit right on the gelding. The leader fought but the winner got her measure just short on the 100m, with Banger — who had settled rearward — looming wider out. Girls Are Ready relished the going and came away from Banger who was brave but lacked a killer punch in the conditions. The Stars aligned for Girls Are Ready in recorded an overdue win.

The field was ripped apart by scratching leaving the winner HOKAHEY $1.85 a short- priced favourite over JACK THE BRUMBY $2.25, with the others starting at long odds. Hokahey had won here prior this grade/trip on the good and the heavy track proved no bother. Jack led clearly fired-up and Hokahey loped along in third one off the rail. The third placegetter UNO TOPS $21 sat in the last pair on the fence. The winner improved to the leader’s flank before the 600m, and Uno Tops started a sharp forward move. Jack manoeuvred toward the middle of the track as they turned and gave a kick. Hokahey wouldn’t go away and stayed on better to win by a length to Uno Tops who grabbed second from Jack by a lip. It was a strong plugging effort by Uno Tops who clearly has plenty of stamina. The winner was ridden like the best horse in the race and that’s how it turned out.