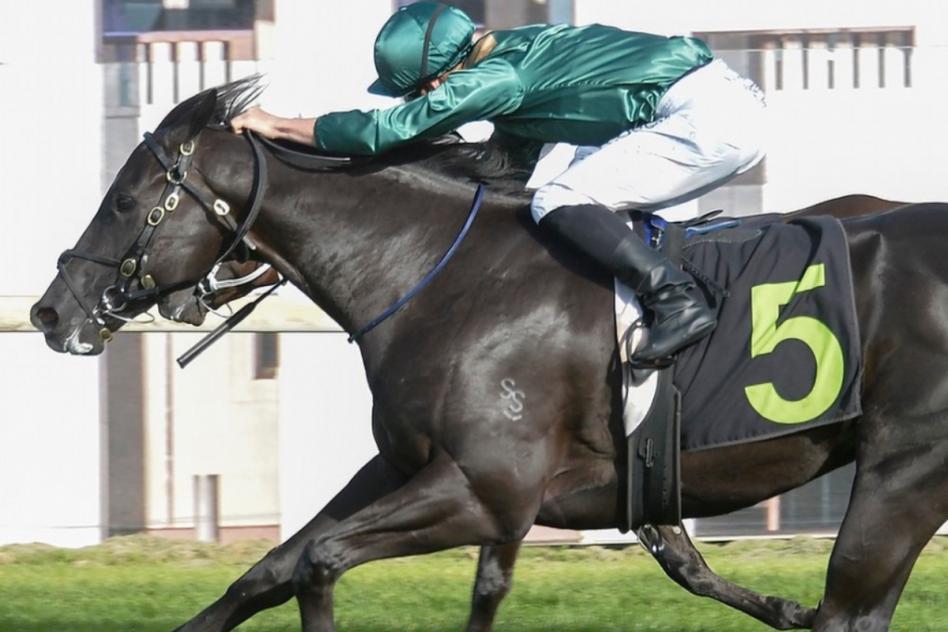 The Acton surface played well after the work on the surface. It advantaged on-pacers especially early, but finishers with ability could get into it. Promising apprentice Damon Budler booted home three winners and Kayla Nisbet got a double. Training honours were evenly shared.

The three favoured runners had to be content with placings behind the best- supported of the Like Pepper debutants — REBEL DREAMER $7. She led with a bunch behind and railed into the straight like a greyhound. She just held off the determined finishes of STRATUM PRIDE $3.60 and PINK PANTHER $4. The former got the perfect trail behind the lead and kept coming. She’s ready to win. The latter dead-set sprouted wings to just miss in third. He settled in the last two from the wide gate and ran into traffic before the home bend. He was last and wide on straightening and couldn’t have been more impressive. He has ‘next time’ written all over him. LOOSE LOVE $3.1F was a well beaten fourth but was badly squeezed-up before the 800m and faded late after coming into it. He’s worth another chance.

PRIDE OF KALARU started $3.70F and just held on to win. He pressed forward from outside and led into the first turn. He set a moderate tempo and kicked on the turn. He fought like a tiger to hold off  INVINCIBLE DASH $5.50 who sat on the winners flank beaten a half-length and getting every chance.  CASINO TIME $4 third, had a good run in transit but lacked a killer punch. COSTA CHIN CHIN $5 settled back and made a sharp forward run before the 500m. He finished off solidly but had too much to do. The track appeared to be playing leaderish at this stage but the winner had to hang tough and it was a deserved victory.

Three runners led the charge for the lead and the winner DELACOUR $5.50 got the perfect sit behind them. She emerged four wide on straightening and finished it off boldly. EXAGGERATE $6.50 was beaten 1L and settled last of the 7 runners and got the rails run through. He was strong on the line. RAFHA’S CHOICE $19 was close up in third after settling behind the speed in clear air. He was a bit keen early and presented the widest on the turn. The finishing effort had plenty of merit.  SKY MISSION $2.40F was in the leading trio on the rail but endured pressure and faded out. EVE'S MISS $4 sat the widest sat the widest of that division and it was no surprise to see her drop away as well. All honours with the winner who was second-up and she has more to offer. Ditto the third horse home.

CLEM FANDANGO $3.60F was well-supported and got up by a whisker. He settled in a rearward position one off the rail and the tempo was solid. He began a forward move a fair way out and straightened in sixth, 5L behind the leader. He wasn’t the easiest ride but pinned his ears back passing the 200m got-up right on the line recording an impressive effort. TALIANO $4 was just pipped and has a soft run on-pace. He was pushed-along before the turn and looked the winner before Clem burst onto the scene. EPIZEEL $5.50 was beaten less than 1L in third and has trailed the leading pair. She railed and also hit the line hard. GAYLARD $3.50F was pushed along from the jump to settle behind the leader. She was made to use plenty of gas to dispute the lead before the turn and just battled in the stretch. The winner relished the lift to the 1900m and will be further improved. Nice efforts the two placed runners.

There were only two horses wanted in the market with LENNY'S LAD $3.50 prevailing off a 7-week freshen. There was a charge for the lead and Lenny eased into the trial. He railed to find the front before the turn and kicked to hold a clear advantage passing the 300m. He was well-rated by the apprentice to win by a length from PANDERING $1.90. The latter was beautifully positioned behind the speed and belted home beaten just under 1L. The lightly-raced mare was first-up and is ready to win. The other placed-runners were well-beaten. The winner enjoys the surface and it was a well-deserved victory.

SMUGGLER'S RUN 2.15 ran a clear favourite and proved too good. The lightly-raced galloper was third-up off a win and placing He was third-up for the local barn off a win and placing and settled in a great spot behind the leading pair. He got the better of the leader HAMISH THE SWIFT $41 at the 200m to come away for a tidy win. Hamish found the lead after a tussle and was traveling nicely at the 600m. He belied his odds holding on strongly beaten less than 1L. KHALEEJ $5 got into third. He settled near the tail and was held up on the inner on turning. He was doing his best work late and there was merit in the run. BRING IT BELLA $5 got too far back and was never in it.

The two best backed gallopers made the quinellas with EUROSAY $3.60 prevailing by just over a half-length. The winner got a soft run in fourth placing and the speed was on. He presented in the middle of the track and showed terrific determination to wear down the leader PROPOSE A TOAST $4.20. The latter did plenty of work early from the wide gate and set a decent tempo. Having his first run for the Olive yard he gave everything to the line when lesser gallopers would have called it a day.  BEDAZZLED $10 was close up in third and there was also a lot to like about his effort. He was widest on turning but came inside finding splits and was strong to the line. EVANOTA $5 did some work early but ended up with a good on-pace run but didn’t finish it off over the longer sprint. First and second home can be followed with confidence.

The market suggested it was a two horse race with the favourite MISS MANZANILLA $3.20 winning comfortably under the apprentice who was a late rider notification. Again it was a keen go early with the winner settling one-out-one-back initially on a fast pace. She was widest of the leading division on turning and was cuddled along to win comfortably. The debutant YOU ARE was backed from $12 into $6 and gave a great sight. He found the early lead from the rail and then elected to trail. He hit the front at the 250m and was eased a little before the line when a win was out of the question. THIRD_EYE was also good on debut running into a distant third. He easily beat home the better supported stablemate MORE EXCITEMENT $3.70 who settled well back and had too much to do. Fitter he’ll be worth another chance. The first two to finish are improvers worth following.