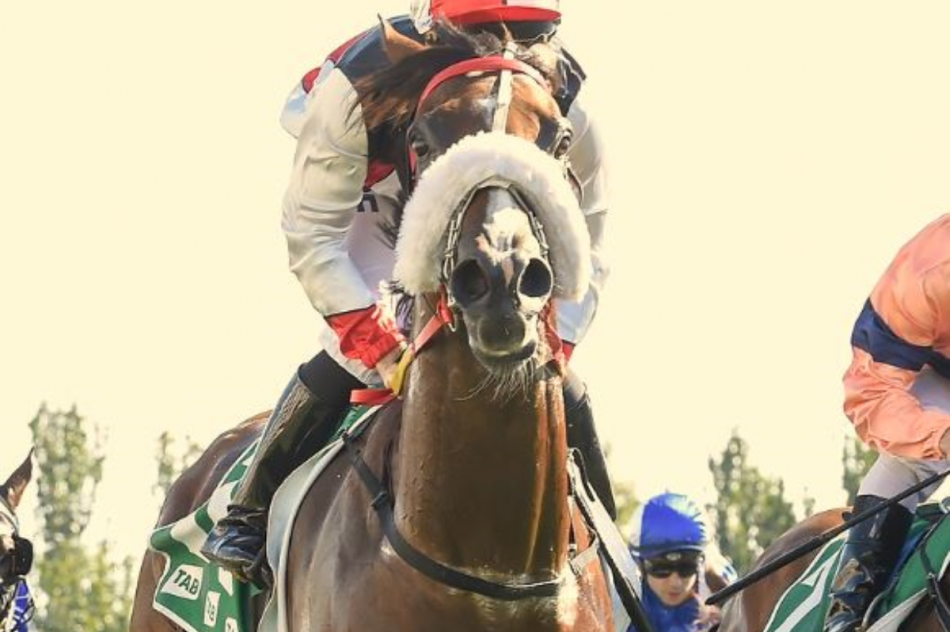 The rail is in the true position and is likely to present in the soft range 5 or more. A number of good betting races, especially later in the program. The feature Federal looks very competitive.

One Last Flight can lead from Spicy Restaurant. MANILA THRILLER (5) brought strong form to resumption as favourite and hit the line well beaten 1.3L by Rocketing To Win. He’s good second-up and McDougal will have him in the box seat from the rail. In the form local yard and is sure to be hard to beat. SPICY RESTAURANT (8) also runs along and 59 days ago was beaten 3.1L in the Group 3 Black Opal when he led. Has been gelded and owns a good trial at this venue. Keep him very safe. ONE LAST FIGHT (6) is an improver from a form Sydney yard. Led heavily-backed when too good for the Maidens at Bathurst at her second race-run. Is bred to be fast and good and should lead from the low gate. DUX ON THE POND (1) resumes for the new yard and the recent trial here was okay. Has shown enough to suggest he’ll be competitive. BET: This sets up nicely for the promising # 5 Manila Thriller and backing to win.

Maybach can lead from Eaglehawk and Confident Lad. TYRRHENIAN (4) is Sydney-trained and made good improvement missing 1.4L second-up at Gosford at the mile at BM64 level. Has even stronger figures at this trip and is ready for the step-up. He looks ready to win. MAYBACH (1) is also Sydney-trained is very well-placed third-up off much stronger city races. Got a lot closer in the BM70 at Canterbury two weeks ago and draws to advantage. Gets the big weight, but looks capable of handling it and the improver who is feared. EAGLEHAWK (5) posted a very strong relative figure winning the CL3 by 5.5L over the mile at Queanbeyan heavily-supported, and then went to Orange and was very plain as favourite. Is well into the preparation, but comes to this trip for the first time and has to be kept onside. LARMOUR (6) missed a whisker in that Orange contest and has a good record at this trip. In a top local yard and has more to give with the handy claim.

BET: #4 Tyrrhenian has a weight advantage and the figures this trip. Going with him each way.

A race that’s devoid of early speed and it’s hard to nominate a leader. TCHAIKOVSKY (6) resumes after a year for the new yard and wins comfortably if presented on song. Has raced well in much better than this, and was last seen beaten a whisker in a Warwick Farm BM 70 in a strong form race. He is likely to be well positioned from the rail and is thrown in under the set weight conditions. We just need to see market confidence. ROCQUETTE (9) is a lot better than the formline suggests, and there was a lot to like about the Nowra placing when he hit the line hard from the back. McDougall’s booking is a decent lead she can be right in the finish with the weight drop. TWILIGHT SUN (8) is building for the Sydney yard and will be in the finish drawn to advantage. OUTAHAND (5) was flat the latest, but was going well prior and the blinkers get applied first time. He’s in the mix. BET: With #6 Tchaikovsky if the money comes. #9 Rocquette is the saver/quinella.

Assault’N’Bathory can lead the Federal from Rosebank. Most of these look to have a hope in an open contest. SWEET KNUCKLE (4) won here first-up in the BM65 a couple of lengths improved. Will be fitter and has won 2/4 at the mile. McDougall sticks and will have the mare right in the firing line from the rail. She will take a beating for the in-form Dryden yard. ROSEBANK (7) runs along and has won two of the last three. Lifts in grade, but gets the weight drop and the 3kg claim. Ran a very strong peak at Goulburn 10 days ago and expect that to stack right up. LOLITA GOLD (3) has been busting to win in Open grade. Draws to advantage and this is very suitable. Better on dry tracks, but loves the course and trip and she's a winning chance. ASSAULT'N'BATHORY (1) runs along and has been a bit plain the last two in stronger grade. Led beaten 2L in a Canterbury BM70 before that and he can bounce here without surprising. WAIHEKE (5) hasn’t won for a while, but would be very competitive if he could find his best. Was a drifter here first-up and didn’t get warm, but he has a good second-up record and Ford’s booking suggest he can make quick improvement for the Dryden barn. BET: Will look to back the two top selections #4 and # 7 and stand in quinellas.

Aqueous can lead and expect the field to run along. AQUEOUS (2) came off two trials to lead at Nowra on debut beaten a whisker. Ran favourite and can take this out with the extra fitness and Winona sticking. OUR CHEEKY MONKEY (7) comes to peak for a Sydney yard and has been knocking on the door. O’Hara will push forward and expect the filly to go well. CORDYCEPS MIRACLE (3) resumed beaten !l in the Open 2 at Warwick Farm and then didn’t have much luck the same grade in stronger at Rosehill. Presents fitter in a more suitable race and gets the blinkers first time. Gets Loy and can improve into the finish. PIERRO STAR (1) is the second Portelli runner and was green on debut. Lever gets off Our Cheeky Monkey to ride. Draws out, but gets the blinkers first time and quick improvement won’t surprise. PHYSCOA (9) also draws out, but gets the in-form McDougall and the mare is in the mix. BET: #2 Aqueous should run out the extra trip and won’t have to improve much to be winning for Gai and Adrian.

Vinci Lady can lead and Trumbo and Excitable won’t be far away. Plenty of chances in this contest. MORALIST (1) was impressive winning here at the last meeting racing handy and will push forward again. Keeps getting better and drops a half kilo.  He's the starting point. TERRA REIGN (3) gets McDougall today and he would have had choices. He’s raced in stronger grade the last two and was beaten a lip at this level the time before. Draws to advantage and always respect the yard. VINCI LADY (5) is fast and led and got closer at Wyong in stronger than this after a messy start. She has more to offer and just needs to see out the extra 200m to be a serious player. CONCRETE (2) hasn’t won for more than a year, but keeps putting in and prepared to forgive the latest. He gets another chance. Note: O’Hara gets off to ride the above. MUNGARA (8) resumes for a leading Sydney yard off two trials. Elevate if the market moves strongly her way. THE PATRICIAN (9) could be the surprise packet and he goes into the multiples at least. BET: May play #3 Terra Reign each way guided by the prices.

A few can race handy and are capable of pushing on to make a moderate speed.  Another tricky contest. TEMOIN CHAUD (8) is in the top local yard and made a ratings spike winning the Maiden at Orange at her second start. That stacks up for this and the extra trip will suit the filly. Gets the blinkers first time and McDougall sticks. She looks capable of taking the next step. JONJO'S COMET (4) has just missed all four runs this preparation and hasn’t had the best of it the last two. He will push forward and gets his chance. MOWANJUM (5) resumes and is also city trained. The filly has very strong figures at the mile and it would be no surprise if she’s presented forward this time around. She’s trialled in town and keep very safe drawn to advantage. SAILING ALONG (9) won the Nowra Maiden by 4L with McDougal up and then was very plain behind Rosebank at Goulburn. Has to be a chance forgetting that, but the 3kg claimer has to manage the outside gate. CASINO TIME (11) is deep in the preparation, but comes back in trip off a brief freshen and might surprise with a good ride. BET: Leaning to the improving #8 Temoin Chaud. The market will be instructive.