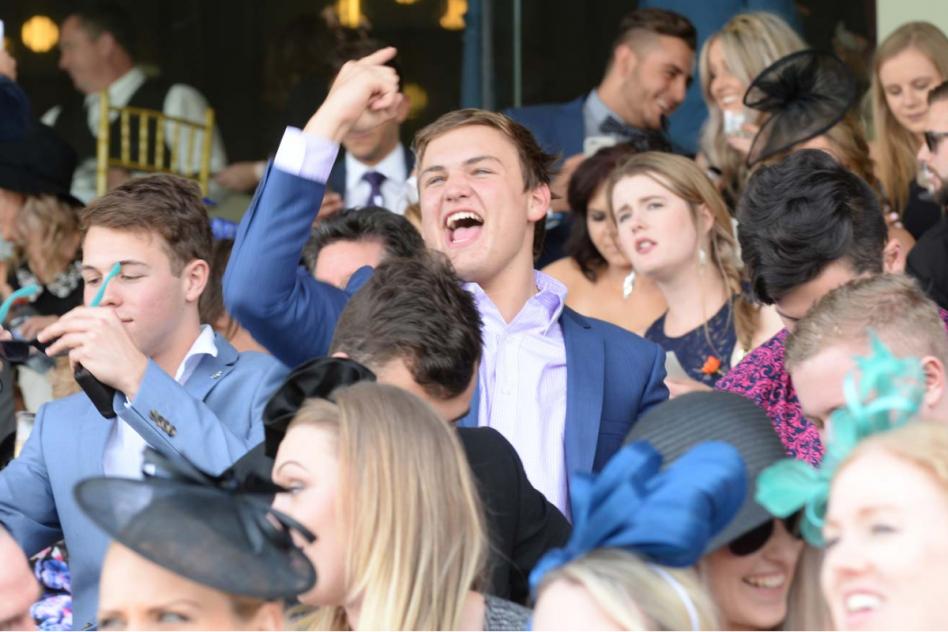 The rail is out 3m the entire and presents on race eve as a Good 3. There could be some showers on Friday afternoon but we should be racing on a fair surface. Strong acceptances with a number of good betting races.

A number like to run along and expect a solid tempo. MOHAHNA (2) disappointed here on the heavy in better class seeking the hat-trick. The jockey suggested he might not have appreciated the quick back-up. He uses the rail and the Nick Olive-trained galloper is worth another chance. CHICANSALADE (5) led and made a ratings spike winning this trip in stronger at Kembla Grange. That stacks right up and he may now have turned the corner. LITTLE ARNIE (4) has had one blip on a string of good efforts and the Sydney galloper can build on the 58 Queanbeyan win when he led. AXION (6) has to step-up from the mile but it was a dominant all-the-way winner in the small field and he's a chance. BET: Sticking with Mohahna.

Solid early tempo with Hard Reality and Shenandoah the speed from Zaromatic. HARD REALITY (5) runs along and has won two of the last three. Did it comfortably the latest at Moruya and can make it a double without surprising. SHENANDOAH (7) didn't have the best of it at Randwick but the two heavily-bet efforts here prior read well. He keeps the form hoop and is a danger getting a soft run behind the speed. AUSTREET (4) resumes and is up-to-this if presented forward. He's trialled twice at Warwick Farm suggesting he's ready to go. DIP ME LID (8) is the second Dryden runner and he had no luck at all on resumption. He's capable of quick improvement and has to be kept well on-side. BET: Looking to back Hard Reality on an each way basis.

Underthespotlight looks the likely leader from wideout. WANDONNA (8) has placed the last three and was brave behind Astero here the latest as favourite. McDougall is reunited and the mare can deliver the deserved win. LUFTWAFFE (13) comes to peak and has been racing better Maidens. Raced in town the latest and the Newcastle effort prior stacks right up. Is on the 9-day return and looks up to winning. LA RECONQUISTA (5) creates plenty of interest. She's an import in the John O'Shea yard (Sydney) and worked home okay at Goulburn first-up. She can win this at best and the market will tell if she's ready to fire. GAMBLER'S QUEST (2) is Wandonna's stablemate and finished the race off well first-up when well-on the market. They've put Ford on today and he can improve to make the finish. BET: Wandonna is a solid win bet.

Pont De Cirou can lead Sir Gunsen at a moderate tempo. The three top selections are all Sydney-trained. LORD TROPICANA (3) will be better for the two runs back and finds easier than Newcastle. He has more to give and this looks a winnable assignment. GUNALUVA (2) placed at the mile first-up at Kembla Grange in better class. The lift to the middle distance suits and he's a live hope. SIR GUNSEN (10) made sharp improvement beaten 1L at Hawkesbury when he led. He will get every chance to go one better. JOPHIEL (9) has just missed the last three and there was only a whisker in it here the latest. Draws wide today and that makes it tougher. BET: Competitive. Leaning to Lord Tropicana.

A solid tempo anticipated with Elani Rose leading from the low draw. A good Maiden. REBEL BRO (1) resumes and has placed 4/6 and just missed the latest in stronger at Kembla Grange. Own a Warwick Farm trial win suggesting he's ready to go. We can expect him to come back to racing improved and take beating. ONE MAN BAND (3) has had one blip in a string of good efforts and this is winnable finding his best. In a sharp local yard and gets some gear tweaks. BUDDEROO BLITZ (2) ran along and placed here first-up and has more to give. He will ride the speed from the rail and should see it out okay. SHE CAN TALK (13) debuts off a Hawkesbury trial win. She gets a sticky-gate but is in good hands and the market needs to be monitored closely. BET: With Rebel Bro if the market moves his way.

Royal Thunder and Clergyman will be prominent early. EXPRESS COURIER (2) made the hat-trick resuming here back to a sprint and then was heavily-bet after in this grade and had no luck at all. The mile suits him third up and he's clearly the one to beat. ROYAL THUNDER (4) is a former Victorian better for the two runs for the Matt Dale yard. He would win this at best and may be ready to show it. CLERGYMAN (6) presents off a win and placing at Moruya and gets weight relief in this grade. He comes to peak and can make the finish. BALONNE (5) will find this easier than Canterbury and could be the surprise package with the handy claim. Tends to be slow away but would be very competitive regardless if presented on-song. BET: Backing Express Courier to win.

Expecting Cavalier Charles to find the lead and there are a few that won't be far away. CAVALIER CHARLES (3) ran a big peak here before the spell and resumes for the sharp local yard. He has the speed to manage the wide gate and this is winnable if the market says he's ready to go. EXOTIC DEEL (7) also resumes for a leading local yard and is sharp fresh. She's right up to this and Penza's booking is a decent push. The mare is feared. VENDOME (2) just missed resuming in the 58 showing much better form. Needs a good ride but can improve again and contest the finish. FRANCISCO PIZARO (4) will be better for the three runs back and got closer at Goulburn 17 days ago after a slow start. He gets the blinkers first time and the key jockey switch to McDougall and is worth a close look. BET: Cavalier Charles gets the nod.

Genuine tempo with Akeed finding the front with a number capable of pressuring. The race looks very open. HOWLOWCANYOUGO (4) is an ex-Victorian back after 58 days for the new yard. He can win this at best and is good on the fresh side. Lever's booking is a positive and he will go close if the market says he's ready. AKEED (13) seeks the hat-trick and keeps improving. Penza rides and will give him every chance riding the speed from the low gate. EVE'S MISS (7) was much better beaten 2L in the same race and won't be far away with a good ride pushing forward from the sticky gate. BELLEGANO (9) resumes and McDougall's booking is a decent push. The mare is up to this and has won twice fresh. No surprise if she's very competitive. BET: With Howlowcanyougo if the betting moves his way.

Shores Of Avalon, Byblos Boy and Fantasy Belle can run them along. This race is also open on paper. SHORES OF AVALON (4) resumes and is a lightly-raced improver from the Dryden yard. Placed here first-up two runs ago in stronger grade and draws low today with the handy 2kg claim. She runs along and will be hard to peg back if presented ready. FLIGHT COMMANDER (8) is another local who should be very competitive on resumption. He will race over further but draws well and Penza's booking suggests he will be presented more forward this time around.  The market will tell. CHARM OFFENSIVE (5) has been racing well and did a good job at Hawkesbury the latest after a bump at the start. Had been freshened and will be very competitive with a good ride. FANTASY BELLE (13) placed first up in the 58 and will be better for it. She's fast and will make quick work of the sticky gate. McDougall's booking interests. BET: Shores Of Avalon is in good hands and this looks winnable.