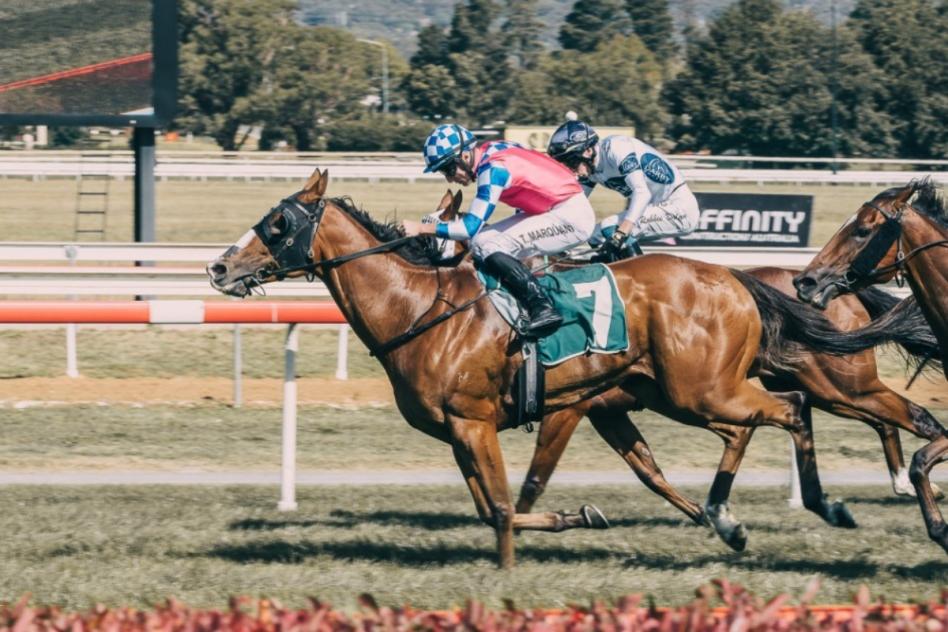 Fine weather is forecast up to race day and the track should remain around the soft 5 range. That’s miraculous for Canberra in winter. The rail is out 6m the entire. Another good competitive card with the highlight being the TAB Federal, which is being run over a short sprint this time around.

Pride Of Kalaru and Circus Bound can run them along. LORD DESANIMAUX (2) wasn't beaten far in two city races and then did a good job back in grade when beaten just 1.3L here at the mile by the very promising Dream Runner. The middle distance suits him and he can go one better with McDougall keeping the ride. DREAM MAIDEN (6) was a well-beaten third in the same race, fading after racing wide on pace from a wide gate. Won the Maiden well at Kembla prior and gets the rail today which she will use. First time this trip, but looks ready for it. STREET CRED (5) just found one better up to this distance a month ago, and won't have to improve much to make the finish. The dryer the better. KIPPAX (9) is still a Maiden, but ran a good relative figure placing at Newcastle, and then had no luck there after. The 3yo deserves consideration. BET: Lord Desanimaux to win.

Bizou is quick and will cross over and likely lead from Barging Tess. BARGING TESS (6) had no luck at Kembla on debut when unfancied and then sat on speed here 16 days ago beaten 1.5L by Fever Tree. She will peak today and gets the winkers first time. The 2yo will be tough to beat with the in-form Ford sticking. BIZOU (2) represents a form city yard and will be better for the first-up run at Goulburn. She has more to give and the high stable striker Lever rides first time. SWAHILI MAI (10) just missed a placing in the Fever Tree race and was unwanted in the market. Is third-up now and the city-trained filly draws low and is capable of quick improvement. POLIZIOTTA (4) is a former Victorian and was okay first-up for the new yard and McDougal sticks from that. Placed 2/3 down south and would go very close recapturing that form. BET: Barging Tess gets the nod in a race where a few can make quick improvement.

The large field should run along okay but it's not obvious the lead. FENECH (3) came off strong trials to miss 1.6L at Wyong on debut, and didn't get it that easy. Draws to advantage and the Hawkesbury galloper looks the testing material. EARP (7) had good support and was only beaten 1.1L here first-up behind Turfeze. Didn't have much luck in that, and rates a genuine chance. JACK THE BRUMBY (4) debuts for the sharp Olive yard and owns a 3L Canberra trial win. Looks to have plenty of ability and a bold run is on the cards. Elevate if the big money comes. WOODSON (16) raced favourite here on debut off two big trial wins, and things didn't work out. Loy rides today from a low draw and the blinkers go on. He has a future and is worth another chance. NAVALHA (14) will be better for the debut run and it’s hard to risk the Snowden barn when it brings horses to Canberra. BET: Backing Fenech to win. Wary Jack The Brumby and the market will tell with him.

Katie Did It, Jonjo's Comet, Highly Decorated and Motime will all be prominent from the jump. JUDICATOR (4) resumes for the Sydney yard and has had a trial warmer at Rosehill. He will race over further, but finds easier grade and has placed 2/2 fresh. The in-form Ford's booking is a decent push and expect the gelding to go close getting a good ride from the tricky gate. GIOCOSO (9) did about what expected first-up for the hot local yard, and will be better for it. She has plenty up the sleeve and high stable-striker McDougall goes on today. KATIE DID IT (1) led all the way in the same race and didn't look like getting beaten. The 3kg claimer takes care of most of the weight rise and she will be hard to peg back again. HIGHLY DECORATED (6) has the speed to clear with wide gate and has won and just missed the last two. The 3yo peaks now and can be right in the finish. McDougall gets off to stay with Dryden. EUROSAY (5) resumes and is capable. Draws to advantage and is a market watch. BET: Not the easiest race to assess. Judicator wins at best and is the bet if the market suggests stable confidence.

Nieces And Nephews can lead from Tresse D'or and Colesberg. A tricky race. RENALOT (1) won and then missed a lip at this level, before being outgraded in town the two runs after. Has to carry the top weight, but is suited today and expect Jennings to run him along from the handy gate. KIMMYLEE (12) can find her best after three runs back. Was just beaten at Hawkesbury the latest, but always needs a good ride. NIECES AND NEPHEWS (8) has the speed to manage the wide gate and is ready to win back in this grade. Got into the placings in the Federal 16 days ago, after being three wide on pace. First time at the mile, and just needs to see it out to be a player. COLESBERG (9) rated well winning three back and has been plain the two since. Gets a key jockey switch to Penza today and it wouldn't surprise if he got back to his best. BET: Will have a modest play backing both Renalot and Kimmylee.

There is early speed right across the barriers with a number capable of leading. POLAR STAR (5) came back from town and was beaten 1.6L here riding the speed, and then missed a lip in this class at Kembla chasing hard. She will be in the firing line all the way from the low gate, and like it when Olive puts Penza on. CALESCENT (9) was a touch disappointing first-up behind Prince Jacko, and then made amends winning the 66 by a big space at Corowa as a well-bet favourite. The filly peaks now, and the 3kg claim brings her right into it. POLYXENA (14) resumes and could be the surprise package. She's good fresh and gets the blinkers applied first time. Draws to advantage and is good enough to win this if presented on song. KISS MY SWISS (2) has won 3/4 first-up and will have plenty of admirers. The enigmatic PRINCE JACKO (8) may be the best of the Dryden quartet with McDougall being legged up. BET: Backing Polar Star to win.

The four top selections all run along and are capable of leading. DUCHESS MARIZZA (1) owned sharp trials winning easily on debut at Gosford from the speed. The filly has the tow to manage the tricky gate and Loy is building a good record with the star yard. Well-bred and can go right on with it. FEVER TREE (4) impressed winning here first-up when he rode the speed. He will also push over okay and a repeat won’t surprise. I AM GRANDE (10) won as expected first-up and she has a few lengths up the sleeve. She's a player. LOVE ME BROKE (7) comes to peak and is knocking on the door. Was heavily-bet at Albury and the visors go on first time. The gate requires a good ride. FACT OR FABLE (9) is a former Victorian back after 61 days for the Olive yard. Kathy rides from a low gate and the filly needs to be kept onside. BET: Duchess Marizza is in good hands and looks the bet.