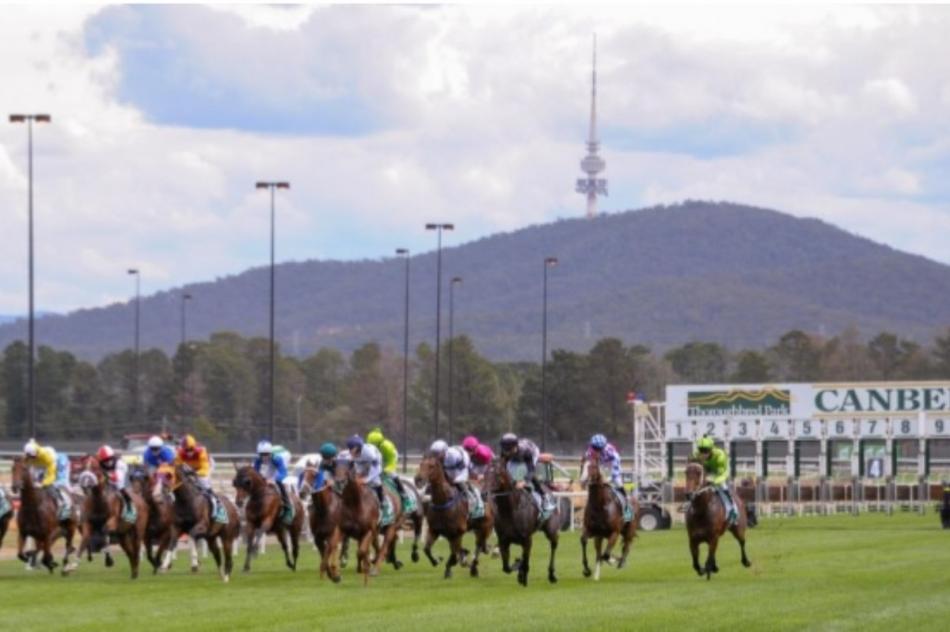 They’re likely to race on a good surface. The tail is out 4m from the 1000m to the 380m providing a cutaway at the straight entrance, assisting back-runners. It’s a tidy program with a couple of tricky affairs that will be informed by the betting moves.

I Like Big Putts is likely to run along. Tricky and the market will be informative. SILK TIE (6) debuts and looked good in the recent Randwick trial. The blinkers are applied and the sought after McDougall is booked. Gets the rail and expect a bold effort. I LIKE BIG PUTTS (4) mucked the start at Gosford first-up and the market said she'd need the run. Missed a lip here prior on debut and sharp improvement is on the cards. Probably leads and Waterhouse-Bott are 26% this track. NEVER ASTERN (3) has been gelded and the recent Canberra trial effort suggests he'll come back to racing much improved. DANISH PRINCE (2) will be better for the debut run at Gosford and the longer sprint is likely to suit. BET: Silk Tie on what we've seen.

Speculative how they settle in the run with no standout leader. MUSTANG SUZY (2) showed enough the brief first preparation to say she has a future. Resumes after 229 days owning a 2L Rosehill trial win. Gets the rail and McDougall's booking suggests the mare will go well. KIBOSH (1) was spelled off two near-misses at Kembla Grange and easily has the best figures presenting. She's trialled twice at Randwick and can prove a serious threat if presented more forward this time around.  CAPITAL REIGN (3) debuts off a two-length Warwick Farm trial win and appears to have plenty of ability. HEY DUGEE (6) can make the first-four building on the first-up placing. BET: The market will go a long way to establishing the race-readiness of the three principal hopes. Leaning to Mustang Suzi.

Russbuss can run them along from Nicci's Song. RUSSBUSS (6) is fast and deserved the big Maiden win at Wyong heavily-bet. She was slow away at Goulburn following and didn't let down on the heavy track. She'll get better conditions today and rates to bounce back. NICCI'S SONG (3) has been heavily-bet winning 2/3 this campaign and delivered by a space the latest in the CL2. Penza sticks and despite the 4kg weight lift the speedy filly is a live hope to win again. NO DOUBT A STAR (4) was back to his best winning the CL2 at Orange as favourite. He's won this track and is a chance. SESTINA (7) is capable at best and can fill-out the first-four at a price. BET: Leaning to Russbuss in a good contest.

Jack The Brumby and Cracking Mo to take up the running and set a strong tempo. A number of winning chances on paper. CHOOSDAY NIGHTS (5) reaches peak fitness and may provide the betting value. Won the Bathurst Maiden by a space before a solid effort at Hawkesbury up to this distance range. That form reads well and Lever sticks and knows his way around this circuit. KNUCKLE WARRIER (7) is a Maiden who's has been busting to win over middle distances. Presents back to at the mile today on a 9-day return. In an astute yard and with McDougall sticking is capable of finishing over them. CRACKING MO (1) led and missed a nose behind Vivid Art running a new peak. He runs along and is a chance to repeat. JACK THE BRUMBY (2) couldn't have been more impressive winning the Sapphire Coast Maiden by 4.3L from the front. Was heavily-bet and certainly no knock on that effort. He may get firm conditions today and that's the query. BET: Taking the punt to Choosday Nights each way.

Capri Lane gets the opportunity to lead. CAPRI LANE (1) was deliberately ridden more forward here 9 days ago and it didn't work out in a good race. Comes back in grade and the blinkers are swapped for the visors. He will be further improved and the Maher-Eustace-trained galloper gets a royal chance in a moderate contest. BLACK BACARDI (7) was at long odds at the Sapphire Coast but turned the form around winning on the heavy track. He won't get those conditions today but regardless is going well enough to feature in the finish. TRAPPER TOM (4) needed the first-up run and the second-up record is good. The local gets a 2kg claim and no surprise if he races well. ROC DE KHAPER (8) is up to this at best but has been struggling to find it. Gets Penza for the apprentice and should go better back in grade. BET: Going with Capri Lane.

Royal Monarch looks the one to run them along. PERFECT PITCH (5) just missed here a month ago behind Zelago and McDougall is reunited. Gets weight relief and is suited. Is in good local hands and is the one they have to beat. ROYAL MONARCH (4) peaks off the 1L defeat here 9 days ago behind Island Bay Boy and will use the rail. Keeps improving and looks right in it. ZELAGO (2) followed the win over Perfect Pitch with a near-miss this level and then faded late at Kembla Grange 6 days ago. He will ride the speed from the low gate and is a player. ONS VIER (7) keeps putting in and is always a chance at this level. BET: Backing Perfect Pitch to win.

Moderate tempo headed by London Gal. THE DEEPEST SECRET (5) won the Maiden here before missing a lip on the Sapphire Coast heavy. Winning rider Penza is reunited and wet or dry the locally-trained mare will take beating. EVERYONE (2) debuted off a stack of trials and spaced the Goulburn Maidens on the heavy. Came hard in that and fitter is a decent chance to repeat. SPECIAL PRIVILEGE (3) has just been beaten the last two at Wagga and was caught wide the latest. Comes to peak in easier grade and should go close. Things didn't work out for SISSECK (4) this track nine days ago. Draws out but gets the jockey switch to Ford and quick improvement is on the cards. LONDON GAL (7) is in a form yard and McDougall is back on. She can show more today and keep onside. BET: Backing The Deepest Secret in a good contest.

DUBAI CENTRE (4) did plenty of work on-speed placing here 9 days ago behind Valiant Lad. The former Victorian has plenty up the sleeve and the blinkers are applied first time. He'll go forward from the sticky gate and is ready to win. MR PLUCKA (7) placed behind a good one on the same day and the lightly-raced galloper has good upside. Keeps Ford and can make the finish again. LEGAL CHALLENGE (6) just missed at Hawkesbury and impressed. Didn't get into it in town after but is suited here. McDougall's booking is a decent push for his chances. LAST QUEST (5) is an improver who runs along and may prove next best. Monitor the betting moves closely with the debutants. BET: Backing Dubai Centre.