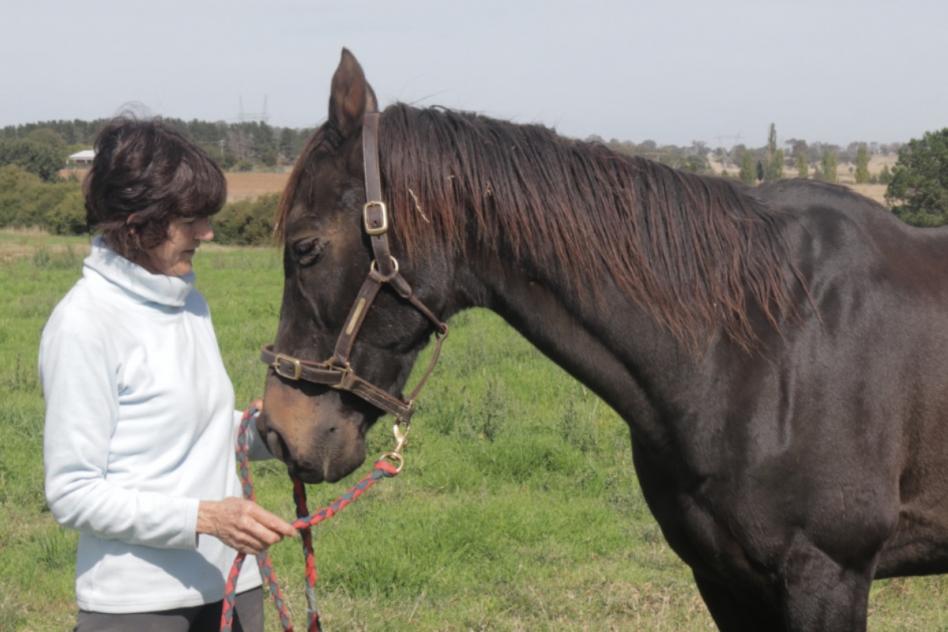 Extensive work has been undertaken on the Acton surface. It played heavily to the rail at the last meeting but it’s quite possible it will advantage the outside today. A few races will tell the story. Some thin fields with Covid travel exclusions in place.

STRATUM PRIDE (8) is in the premier barn and did enough second up at the Sapphire Coast to suggest this is winnable. The rail would usually suit but we'll have to wait and see today.

PINK PANTHER (1) found one much too good at Gundagai but covered the others and reaches peak fitness. Will be fancied on the 4-day return.

LOOSE LOVE (2) resumes with a 2kg claim and would be very competitive if presented on-song.

REBEL DREAMER (4) and KITTY PURRING (3) both debut for the Pepper yard and won or both are likely to have good ability. Keep a close eye on the betting with them.

COSTA CHIN CHIN (3) made a ratings spike winning the 58 at Gundagai. Gets in well with the 2kg claim and he can go on with it.

INVINCIBLE DASH (1) found his best form winning the 66 at Moruya and then got too far back at the same level. Peaks for a leading barn and can prove a danger.

CASINO TIME (2) has raced the last two in stronger grade. Three back won the 58 easily at Wagga and then just missed the placings this track racing favourite again. Prepared to forgive the latest effort and back home should be right in it.

BROO BOSS (4) was much better just beaten at Cowra and will be a player holding that form.

DELACOUR (3) led and posted a big figure beaten 2.5L first-up in a 74. He will have more to offer and the outside gate might not matter if the track is playing away from the inside.

SKY MISSION (4) is quick and resumed in good order before leading and delivering an easy win this track at 60 level. Has plenty of weight relief and the veteran will take beating again.

NOBODY'S PUPPET (5) has had one blip between decent efforts. Lifts plenty in grade but gets weight relief and the run of the race.

EVE'S MISS (1) resumes for the premier barn off an Open grade win. The first-up form is sharp and she owns a Goulburn trial win. The 4kg claim brings her into it.

CLEM FANDANGO (1) ran into the placings first-up and then got too far back after on the heavy track at the mile. Forgiving that and fitter he's a decent hope coming back home at 1900m with the handy claim.

GAYLARD (2) has threatened twice since the big Maiden win. Lifts from a sprint but is on the quick return and fit enough to cope.

TALIANO (5) has good back-from this distance range and peaks on a quick turnaround. Has the 2kg claim and can't be ruled out.

LE MAY (4) was tracking well before getting too far back over the mile. He's not advantaged by the rail but can make the finish if things go his way.

PANDERING (8) resumes for the premier barn and two-back was just nudged out here in the grass and three winners came out of that. Gets Ward and expect her to be further improved. Should be ready and can get the run of the race.

LENNY'S LAD (4) has been up a while but always puts in. He races handy and keeps the 2kg claim. Was beaten 1L here the latest and is a player.

LUCID DREAMER (5) resumes and generally disappointed the last preparation. He's placed fresh and it wouldn't surprise if the local come back in better order.

BIG BAZ (9) resumes and showed enough the first campaign to say he will be competitive. Gets in light with the 3kg claim.

WESTGROVE (3) trialled well and then missed a lip at Nowra before finding the grade too tough in much stronger at Randwick. This suits much better and expect a bounce.

KHALEEJ (4) won the Maiden this track and then came back and beaten 1L after a slow start. Things didn't work out at Goulburn after and he's a player reaching peak fitness.

BRING IT BELLA (6) resumes for the Cleary yard with a 4kg claimer aboard. He's certainly good enough but needs a good ride from the sticky barrier.

SMUGGLER'S RUN (5) has won and placed both runs back and is an improver who will be advantaged if the track plays to the rail.

EUROSAY (3) resumed in top order winning the 58 at Wagga and then raced handy missing a nose at Goulburn. He's won 2/3 on this track and placed the other and fitter can take this out with the 2kg claim.

EVANORA (5) led and won here twice before settling midfield and disappointing at the Sapphire Coast. He's going to be much sharper back home and she gets in well with the 3kg claim.

PROPOSE A TOAST (7) resumes for the new barn and has the figures to be winning. First time on the synthetic and it wouldn't surprise if he's wound up this time around.

CUBAN JOE (2) is also good enough and is a market watch resuming for the new yard.

MORE EXCITEMENT (11) resumed in good order at the Sapphire Coast for the new barn (Dryden) and has plenty up the sleeve. Gets the handy 3kg claim and fitter should take beating.

THIRD EYE (4) is a stablemate on debut and has trialled on this surface. Will likely to have good ability and be ready to go with Ward booked.

YOU ARE KING (1) debuts for another sharp local yard and has switched from a Sydney barn. Did nothing in two trials over Christmas but he needs to be treated warily with the rail, 2kg claim and the winkers in first time.

REAL WAG (6) was okay first-up at long odds and has more up the sleeve. Fitter he can fill a slot given a good ride from the 4kg claimer.

MISS MANZANILLA (10) deserves plenty of consideration if she takes her place. Has been scratched from the first race and a jockey hasn't been declared for this.

BET: Going with More Excitement who has race fitness and experience.