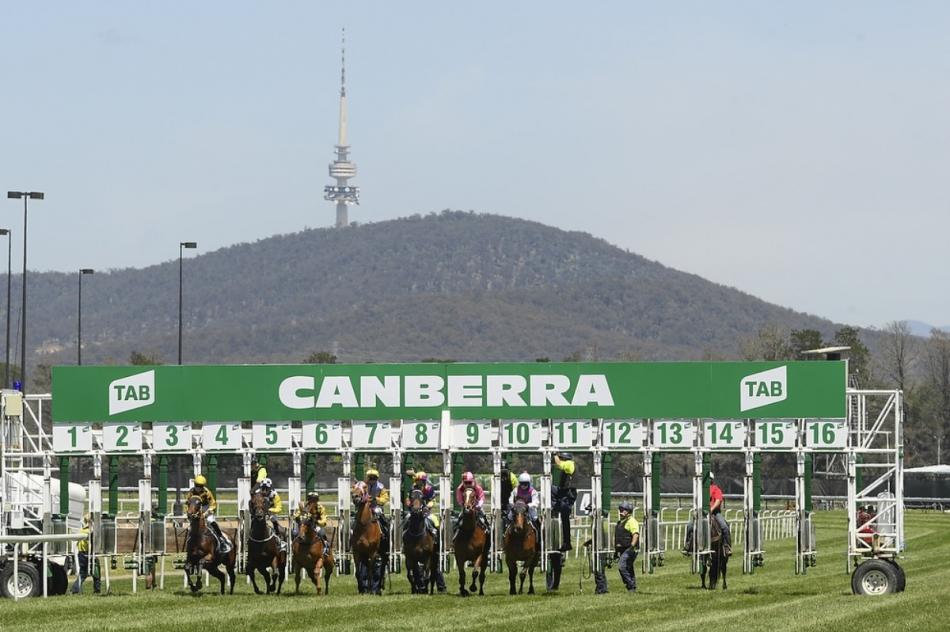 The rail position is out 4m the entire and should be present around a Good 4 with a hot day forecast on Wednesday. It’s a tidy program without the usual sprinkling of Sydney gallopers. Most races present as competitive affairs and every horse should get its chance.

It's not clear who runs the small field along. LAMINGTON DRIVE (3) has just been beaten in better races the last two runs and is suited under the race conditions. Did a good job this trip at Wagga the latest and keeps improving. The red-hot McDougall rides first time and that's a push. ANTILLES (1) was outgraded at Randwick and then came home to Canberra and missed 1L behind Riverstock heavily-bet at the mile. In September 2019 he was just-beaten this distance range in a UK Group 3 and that would easily win this. Loses McDougall but he's a serious chance for trainer Matt Dale at 2000m reaching peak fitness. RULER OF ALL (4) won the CL1 up to this distance at Queanbeyan and the claim assists. Will find this harder. DARK ALIBI (7) placed in the same race showing better form and can work into the first-four. BET: Lamington Drive gets the nod.

Jobkeeper and Poetic Power may be the pair to run them along. NUREMBURG CASTLE (1) missed a whisker here twice before racing favourite in the Randwick CL2 beaten 1L. The figures keep improving and looks suited this grade with the handy 2kg claim. Draws the outside but that should be manageable in the smallish field. JOBKEEPER (3) won the Maiden this track as favourite after being beaten a nose the same venue prior. His figures stack up and McDougall sticks. He's striking at a whopping 34% and is always worth a length or two. PROPOSE A TOAST (8) easily ran his best race beaten 1.5L behind Riverstock here 15 days ago at the mile. Gets in light with the claim and will be a player with a repeat of that effort. OUTAHAND (5) comes to peak and is going well enough to be considered as is BOHO CHICK (6). BET: Hard to go past Nuremburg Castle.

Physcoa has good speed and can set a genuine tempo off the inside draw. PORT DOUGLAS (1) was just nudged out resuming here 15 days ago for Matt Dale. Had switched from Bjorn Baker and has more up the sleeve. Draws to advantage and fitter will take beating. REELCLASS (10) was back and then wide and did a big job beaten 1.5L here 47 days ago. He also has more to give and is a genuine hope if presented on-song. TRUST THE GUT (12) is back from the mile but keeps improving and can make the finish. FUCHSIA ROSE (7) has switched from the Chris Waller to the Keith Dryden barn and returns after 60 days with the hot McDougall booked. Draws the outside but it wouldn't surprise to see him make quick improvement. BET: Backing Port Douglas to win.

Affinity Beyond and Akeed will show out early with Nobody's Puppet crossing from an outside gate. SHORES OF AVALON (2) didn't finish it off in town and then came home beaten a half-length in the Open as favourite behind Eve's Miss. The 2kg claimer will need some luck pushing forward but the mare will take beating reaching peak fitness. AFFINITY BEYOND (8) presents third-up and is also a winning hope. She's a leader who took strong form to Randwick and faded late and has won a Canberra trial since. SNITZAGIRL (7) won the 65 here on the heavy before the spell and was beaten just 1.7L in Open grade on resumption. She performs second-up and thrives this course and distance. She won't have to improve much to be right in it. NOBODY'S PUPPET (11) missed a lip resuming an improved galloper. She has the speed to manage the wide gate and has more to give. ROTHENBURG (4) resumes for the new yard and is up to this. He's trialled and McDougall's booking interests. BET: Leaning to Shores Of Avalon in a good contest.

Average tempo with Axion leading the way. LOAFING (4) did about what expected resuming and will be better fitter and at the mile. Gets the blinkers first time and has more up the sleeve. McDougall sticking is a plus and will give him every chance from the low draw. WAR DECK (3) improved again winning the CL2 at Nowra at the mile as favorite. That stacks right up and he will go close getting a soft run from the rail.  INVINCIBLE DASH (1) has been around the mark in stronger grade and is in good hands. Is clear top weight and that might tell at the business end. NICHOLAS (2) will be better back to the mile and the big Wagga Riverside win three-back says he's good enough. Trust required. BET: Going with Loafing in a good contest.

Moderate tempo with Hezredhot finding the early lead. PROPOSE TO ME (5) is a promising mare from the Matt Dale yard who brought strong form to resumption and just missed as a 9-10 favourite. She has more to give and the hot jockey will manage the sticky gate. Clearly the one to beat. DESIGNER DANCE (3) has just been nudged out the last three with the latest in the Randwick CL2. Keeps getting better and will be right in the finish given a good ride. ZELAGO (2) resumes off Open class and will come back to racing further improved. Has shown glimpses of real ability and a good run is likely. HONEYSUCKLE CHOICE (6) didn't get into it at Randwick but missed a lip prior on the Wagga Riverside and will get every chance on-pace from the low barrier. BET: Keen on Propose To Me.

They should run along okay but it's not clear-cut the lead. A tricky race to end the program. RIVER MAC (3) has been good here both race-runs after settling back. He has a future and looks suited third-up with the 2kg claim. The extra 200m will favour  and he should go close. HAYYU (11) will also be better for racing and has just been beaten the last two. Gets in light with the small claim and is a player again. WITNESS TO LOVE (14) debuts for Keith Dryden with McDougall booked and is likely to be better than the trial finish suggests. Draws out but watch the late market closely. MORE SHOTS (9) is a former QLD galloper resuming for the Potter yard. He has the ability and has trialled well. The market will tell with her as well. SUREKAT (13) is on debut for the sharp Matt Dale barn is also a watch drawn low. BET: River Mac has race fitness and will win races.