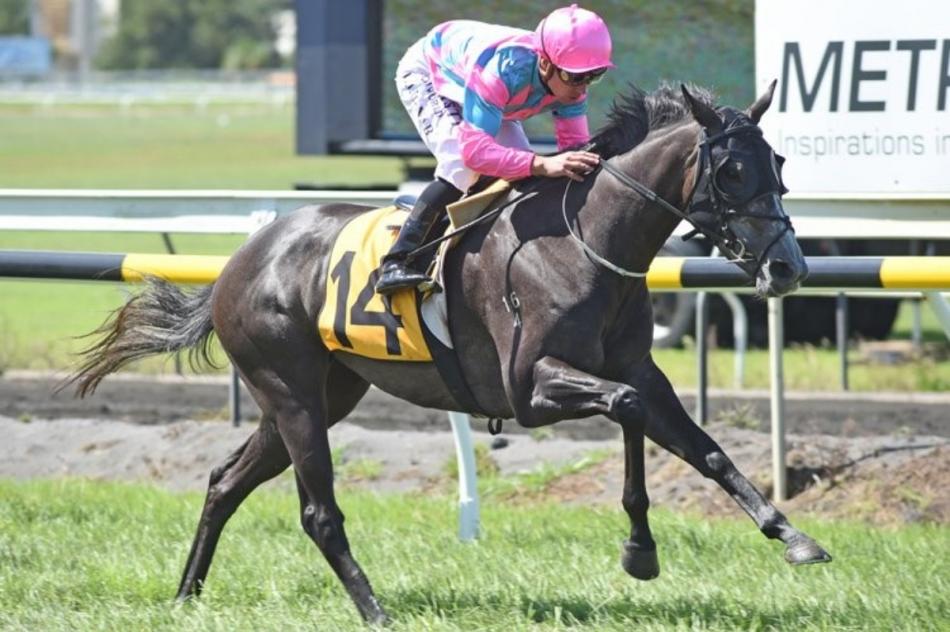 The rail will be in the True position and the track should hold its Good 4. Good city representation especially early and some promising gallopers will go around. It’s an interesting program.

They should run along but it's not clear-cut who leads. COMMAND KING (1) won the Maiden on debut and has placed twice since at the provincials over the mile. Will enjoy the middle distance and can win aided by McDougall's booking. LAPHROAIG (6) presents fourth-up off a near miss at 1750m coming from back in the field. This suits and Team Snowden strike at a whopping 40% this track. DANNEVIRKE LAD (2) improved sharply beaten 2L here this distance 16 days ago. Keeps Penza who will give him a soft ride from the rail. A player. HAYATE (4) was much better his second race-run up to the mile and the blinkers go on the Olive-trained galloper. He will keep improving. BET: Backing Command King.

Of the ones we've seen Wilson's Prom and Jumbo Goal are candidates to lead. This promises to be a good form race. WILSONS PROM (1) came off a Randwick trial- win to lead beaten a lip here 16 days ago pipped by a couple of promising fellow Sydneysiders. Draws well and we know what we'll get in the run plus added fitness. Is sure to take beating. PICARONES (9) debuts and is also in good hands. Under a throttle in the recent Rosehill trial and expect her to race boldly. JUMBO GOAL (3) led and weakened late on debut at Randwick 50 days ago when well in the market and has won a Warwick Farm trial since. Quick improvement is on the cards.  ALMAHERO (2) debuted at Group 3 level and returns to racing after 71 days. McDougall's booking interests. BLINDING LIGHT (6) debuts off a nice trial and is also a watch. BET: Like Wilson's Prom in what we've seen.

No designated leader and big Steve Steve may do the job. CROWNED BY ACES (2) presented off a string of sharp trials to go down 1L on debut at Newcastle. That reads extra well for this contest and he will have come on. Keeps Loy and is the one to beat. CHATEAUX PARK (1) was close-up here resuming coming from the back. He has more up the sleeve and gets one more chance. TOO MUCH CLASS (10) is in a leading metro yard and was beaten a lip at first-up at Orange when expected to win. This is a step-up but he gets the hot hoop and will have come on. Wary. KUNG FU MUSHU (9) resumes for Team Snowden off a couple of Randwick trial hit outs. Will come back improved and gets a soft run from the rail. The market will tell but it's hard to risk the yard when they race here. BIG STEVE (5) will run them along and can't be ruled out on the latest effort. BET: Backing Crowned By Aces to win.

The large field should run along but no designated leader. Wide open. JOBKEEPER (2) was good on the wet on debut and had betting support placing on resumption and McDougall sticking is a decent push. The longer sprint should suit and he's the starting point. DOM TYCOON (5) got some gear changes and just missed here 16 days ago after a tough run. He will be better for that and won't be 40-1 today. SOLVA (10) resumes off a solid debut effort when heavily-bet. Has trialled at Rosehill and is back a gelding. Sydney-trained and drawn to advantage. SHOCK ZONE (9) comes down the Hume for Team Snowden and has also been gelded since last seen. Has trialled in town and showed enough on debut to say he can be a player. The market will tell the story with him as well. BET: Tricky. Leaning to Jobkeeper but the market will be instructive.

A number in the small field race handy and are capable of leading. HAVADUEL (2) pushed forward and took out the Queanbeyan Cup at Open level turning the form around. McDougall sticks from that and will give him every chance to repeat from the rail draw. ALPINE KING (4) was on-speed holding out Dip Me Lid here 16 days ago at 65 level. There was nothing wrong with that and he stays down in the weights. ROYAL THUNDER (3) was just beaten over a mile 6 days ago at Wagga-Riverside in Open grade. Penza is an able replacement for McDougall and may be looking for this trip. GLOBALIZE (5) has solid figures at the mile but this is a step-up. BET: Competitive. Sticking with Havaduel.

Good speed with Prince Aurelius and Rosadiblu the most prominent from the jump. NUREMBURG CASTLE (2) was just beaten here second-up and didn't have much luck at the business end. Gets Loy today and some gear tweaks and fitter will go close for Matt Dale over the longer sprint. REQUITED (4) resumes for Team Snowden and is feared. Won the Maiden well two back and presents off a Randwick trial win. He will have come on and will ride the speed from the rail. FEELING MIGHTY (5) won the Maiden here and then came back beaten 1.9L this grade coming home well. On that performance the 1200m will suit. BOHO CHICK (6) is a local with a future and can build on the Wagga Maiden win when she led. BET: With Nuremburg Castle. Wary Requited.

Hezredhot can lead at a good tempo from El Nieto. FUSCA (1) placed here resuming and then couldn't have been more impressive winning the 60 comfortably the same track after sitting wide midfield. That stacks right up and fitter she can repeat drawn handy. VOX POP (5) was on speed in the same race beaten 1.6L. It was a tough  effort and he gets another chance pushing forward. ACTON SHALE (3) comes out of the same race and will be better for it. Gets the visors first time and will race handy. EL NIETO (6) led and faded resuming at Wagga in a 58 as favourite. The local will use the low gate and be competitive at best. BET: Sticking with Fusca.

Zaromatic may lead and the large field should run along okay. SUCCESSFUL DAY (4) resumed here as favourite beaten 1.7L behind the impressive Fusca and did herself no favours in the middle stages. She will be much better for than and rises to a winning trip. In good local hands and can make amends racing handy and keeping Penza. ZAROMATIC (7) is fast and was just nudged out the latest in the CL3. Draws to advantage with the 2kg claim and gets another chance. LIKE AN EAGLE (3) beat the above in that contest making it two wins from the last three and keeps improving. Needs a good ride but can make the finish.  NO COLLUSION (9) impressed winning the Maiden on the same day from the speed and gets the blinkers first time. Draws wide but is on the improve. BET: Keen on Successful Day.