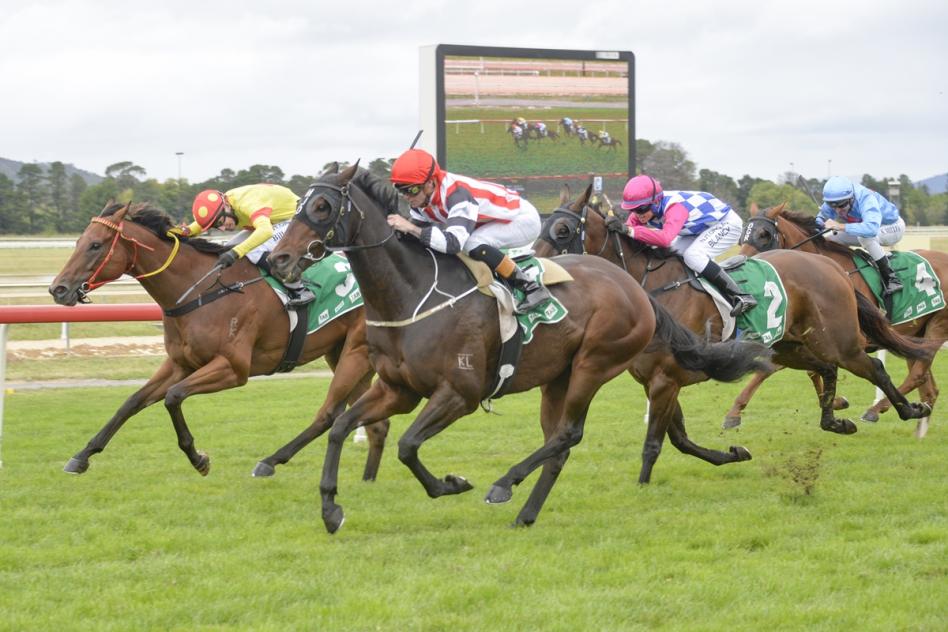 BLACK TAHITIAN (1) resumes a gelding for a top Sydney barn and owns a Randwick trial win. Debuted in Listed grade at Flemington so they must have an opinion. This very winnable. COOL AMIGO (3) debuts and placed in a recent Goulburn trial. Looks ready to go. BUZZ BOMB (2) has trialled well and Penza steers from the rail. Looks to have a future. LETHAL LADY (6) is a local debuting off two trials. Cahill sticks from the latest and she needs to be kept safe as well.

BET: Hard to go past Black Tahitian on what we’ve seen.

A small field but most have a chance. BANGER (1) did a few things wrong but was only beaten 1L in better at Canterbury and then tackled Open grade at Moruya and was only beaten 1.9L after settling back. Draws for a soft run today and the small claim assists with the weight lift. In a sharp local barn and gets his chance in this grade. ROMEO VELLA (6) has won two of his last three with the latest here at 65 level. Improved again and has weight relief at this level. A serious player. RAPIDITY (5) wasn't beaten far here this grade (dry track) before a strong effort beaten a nose on the heavy at Moruya. Day sticks in the saddle from that and he's a chance particularly if there's some rain about. OBELOS (3) resumed at Wagga improved and can't be ruled out building on that. MOOKAREENA (4) resumes off a nice trial win and is good enough if presented on-song. Will come late if she is.

ELLA AMELIA (8) resumes for the ACT's premier barn and on debut impressed just beaten here on the synthetic. Was well supported again after at Moruya but didn't handle the heavy track and was immediately spelled. Expect her to come back improved and Ford is a positive jockey booking. Has been away 217 and the race-day betting will indicate if she's pleasing. Ditto SOJO (5) resuming for another top Canberra stable. Showed enough the first preparation to suggest she has a future and has a handy draw and the blinkers applied first time. OUT WRAPPED (10) was just beaten first-up at Bathurst and then didn't have the best of it tacking stronger grade at Wyong. Draws well and fitter is a player. STARMOSS (6) has switched from a top Sydney barn to the Sergi camp after two disappointing efforts this preparation. The form from the previous campaign would win this and the blinkers are applied first time. He will push forward and is worth a look.

MEDIARO (6) was well trialled and missed a nose on debut at Newcastle. Draws low and Ford comes to stick in the saddle. This is a lot easier and fitter he's clearly the one to beat. Open the rest. DEFCON ONE (5) improved sharply just beaten at Moruya and then got back again placing at Kembla Grange. He's suited over the longer sprint and will come hard. CLASSY GAL (8) peaks and the 1400m will suit her as well. Didn't have much luck at Kembla the latest but was only beaten 1.2L at Nowra prior at 1100m. THE WATCHMAN (2) is up to this at best and expect plenty of improvement second-up for the new barn (Dryden). Draws well and Loy's booking is a lead. He has a near miss at Ballarat in the CV. OUTBACK CLUB (7) ran out of puff at Kembla on debut. Cahill's booking suggests he'll go a lot better with that under the belt.

BET: Mediaro should be winning.

ALLGEMEINE (6) is a progressive local seeking the hat-trick. Spaced them here on debut followed with an eye-catcher coming from the back. She can sit closer today from a low gate and freshened should be winning. WILKSHIRE (3) spikes his figures winning the CL1 here over 1000m. May kick better today from the rail and will have come on. LINDEN (9) has been just nudged out both starts this preparation with the latest here this grade and impressed in that.  Draws for the run of the race and is a serious player. DIRECT DEFAULT (10) could be the surprise package. Ran a decent figure beaten 0.9L at Nowra 26 days ago. IMPORTANT PRODUCT (4) and JAC THE GREAT (5) also deserve consideration.

FOURMADEC (2) looks another strong winning chance for the sharp Matt Dale yard. Resumes off a long break but showed plenty the brief short preparation and looked good in his recent Canberra trial and Day sticks from that. Gets some gear tweaks and looks ready to go. YESTERDAY'S GONE (6) hasn't been far away and peaks with Cahill staying with her. In good hands and gets another chance. DR EVIL (1) resumes and from a low gate and has trialled at Warwick Farm. He will race over further but has good figures and no surprise to see him presented more forward this time around. ANNUAL (7) brings very competitive form from Queanbeyan and Loy's booking is a positive.

BET: With Fourmadec if the betting confirms the readiness.

BROTHERS OF ANTRIM (4) was heavily-backed here on resumption and delivered as expected. He's improved and will be better for it. Keeps Cahill and the blinkers are applied first time. OH NO MIKKI (6) resumes for Canberra's premier barn (Dryden). Has won 2/5 and never missed a place and the 3yo is sure to have come on. Draws handy and is feared. HARALBEN (3) won the 58 as expected at Cowra and has a small claim for an in-form apprentice. He's fast and in the mix. MOUSE ALMIGHTY (11) next. Treating the second Dryden acceptor FANGELA (5) as a scratching with no jockey notified. Can win if he starts.

BET: Brothers Of Antrim with the race fitness.

FOREVER YOU (7) came to this trip and belted them this grade at Kembla Grange. Keeps Loy and is drawn for the run of the race. Will have come on and can repeat for the sharp Sydney barn. SPROUT WINGS (8) also rates strongly. Has missed a whisker her last two at this trick/trip heavily-bet. Is overdue and just needs average luck from the sticky gate to threaten. KING RATEL (5) brings a big figure from the Randwick 88 and is ready for the middle distance. Gets the blinkers again and can come hard. CREDIT CRUNCH (11) went much better at Kembla Grange up from the mile. Needs a good Ford ride from an awkward gate and goes in at a price.

BET: Going with Forever You.