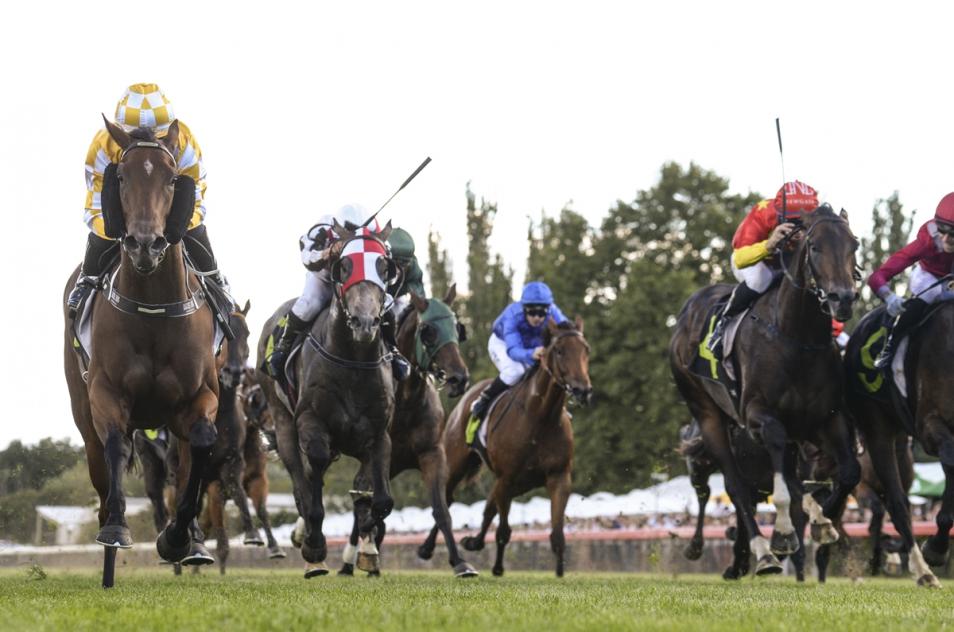 Racing returns to Canberra this Friday with the rail in the out 3 metres the entire course, with the track currently rated a Soft 7. There is some wind about, but racing will most likely take place within the Soft range.

The club recently hosted a trial day a fortnight ago, utilising the outside of the course. Usually, jockey’s will swing wide in search of better going in the straight, but expect the course to play fair throughout the meeting.

AUSPICIOUS CLOUD (7) ran on boldly to win fresh but was just too far back to threaten at Hawkesbury last time out. He looks set to peak third-up and out to 2000m. She's weighted nicely and looks set to bring up her second win. SPELLZ (8) ran on fairly when taken back from the wide barrier just 6 days ago at Kembla Grange. She's drawn better today and if she handles the quick back-up, she'll make her presence felt. AURORA FLORENTINA (2) has joined the Richard Butler stable since her 2.9L defeat at the Sapphire Coast 12 days ago. She steps back up in trip today, and although the wet ground is some query, she has the class to be there at the finish. We may not have seen the best of FORTIVACI (9) yet, and the step out to 2000m looks ideal. Expecting him to improve. MINI MAYA (4) won well two back but couldn't repeat the dose last time out. Place chance.

LOAFING (3) probably should have won two back at the Sapphire Coast, and just didn't handle the going in Highway company at Randwick most recently. Up to 1600m and the 2kg claim are ideal, as is the inside draw. Expecting him to bounce back. Ditto TWIG (9), who disappointed in that same Highway 27 days ago, but was only 2L off a smart horse the start prior at Wagga. Her only start over this trip was a dominant win and she looks the main danger. GOTTALUVTRUCKS (1) got the job done as favourite at Wodonga most recently and will appreciate the give in the ground. This is tougher, but he's in good touch and can't be discounted. KEEP IT DOWN (8) couldn't make it a hat-trick most recently, but can bounce back with the blinkers coming off. SINGLE CROWN (4) bolted in at the Sapphire Coast last time out and commands respect.

JANOSIK (7) drops sharply in grade after a respectable 3.8L defeat at Canterbury last start, running on from the rear. Up in trip will suit this daughter of Kermadec, and she'll have every chance from the barrier. She may just be too good for this field. WICKED GAMES (13) was scratched at Goulburn a week ago and lines up here with the Blinkers on first time. His trials have been fair, but he's out of a smart barn and he's expected to feature. SILVINCIBLE (4) stuck on well at Newcastle first-up and will benefit from that run under his belt. He has been placed over this track and trip. Watch for him late in the race. WITNESS TO LOVE (12) should have improvement to come after peaking on the run at the Sapphire Coast first-up. Watch for market moves. AMEN BROTHER (1) comes through that same race and is worth keeping safe.

Suggested bet: Janosik gets the nod.

HELLO JACK (3) improved nicely second-up at the Sapphire Coast and can do so again as he reaches peak fitness. He looks ready for the 1200m trip and has shown he can handle the going. Will need some luck from the draw, but he still looks the one to beat. DARK ORIGINS (7) battled away fresh at Wagga in testing conditions and looks to relish the step out in trip second-up. Drawn to find an ideal spot in running and will make her presence felt. RORSCHACH'S MAGPIE (11) was a real eye-catcher on debut when storming home from the rear to miss out by 1L at the Sapphire Coast. She'll most likely go back once again, but the rise in trip suits and she's sure to be flashing late. REGION TIME (14) ran on well last start and merits respect, while PROMETIO MAS (4) is better than he showed last start and has place claims.

Tricky race to assess. KEITH (1) didn't handle the tough going at Narrandera just 6 days ago, but should appreciate getting back onto a slightly firmer surface. This is easier than he's faced his past couple, and the 2kg claim gets him in well at the weights. Top chance. ROMAN CANDLE (6) resumes without a trial but has been placed first-up in the past. He jumped favourite in tougher company prior to the break. Will need some luck from the draw, but his best is good enough to win. CHARLIE CHAP (2) wasn't far away in this grade two back, and again in tougher company at Taree last start. The 2kg claim brings him right into calculations, and he's sure to be there at the finish. MANILA THRILLER (8) resumes from a long break with just an average trial under her belt where she didn't handle the going. She may not pay us today, but she's one to watch moving forward. SKAIFEE (7) has each-way claims in an open event.

Suggested Bet: Keith lands on top in an open affair.

DRUMMIN (7) was in brilliant touch prior to her last start disappointment in much tougher company at Newcastle. She drops back to country level today, and she was a winner over this track and distance first-up. Drawn ideally and will take plenty of beating. SYMO'S GIRL (9) is another who drops back to country level after a respectable 4.8L defeat at Canterbury most recently. The wet ground suits this mare and she'll go close if she runs up to recent form. INCENTIVE (1) bolted in fresh at Albury but was ridden upside down from the wide draw at Randwick (K) last time out. He did jump favourite that day though and he's drawn favourably today. Will bounce back in a big way. AGENT MOON (3) is in good touch this campaign and can continue his strong run of form. PREMOSPHERE (2) won two in-a-row prior to the break and it wouldn't surprise to see her return a winner.

Suggested bet: Drummin goes on top in a quality race.

LA SANTE (2) jumped in the market last start at Randwick (K) and only went down by 0.7L in a brilliant effort. He's racing in fine form and the soft track today won't hurt. He just has to repeat his latest effort to take this out. MISS OSTEND (5) showed plenty as a 2YO, but has become a bit hit-and-miss of late. She stuck on well behind a smart one at Gosford recently, with the 2kg claim getting her into the race nicely. Drawn well and looks the main danger. CRUCIAL WITNESS (6) has disappointed in her past couple, but does perform well over this track and trip. The draw doesn't hurt and if she's anywhere near her best she'll feature in the finish. AFFINITY BEYOND (3) wasn't far away in this grade last start but the track is some query. She's a good horse though and has to be included. GIRLS ARE READY (1) has placed 4/7 fresh, gets the blinkers on again and a surface to suit.

SABINO (1) looks the one to beat dropping back to Country level after some solid performances at Provincial level this campaign. He drops back to 1300m, but gets the Blinkers on first time. Expecting him to roll forward and be hard to chase down. VANILLI (6) jumped favourite last start at Mudgee but was no match for the first two across the line. She has trialled well since though and the wet ground is no issue. She's the main danger. MITTATA (4) stormed home in an eye-catching performance at this track last time out to just miss. Up in trip suits and a repeat of his last start will see him go close. NOBLE EXCEPTION (5) bolted in over this course and distance two starts back. Will need luck from the draw but he'll feature at the finish. WUDDACUDDASHUDDA (2) drops back to country level and draws for a great run. Not out of this.

Suggested bet: With Sabino to win the last.