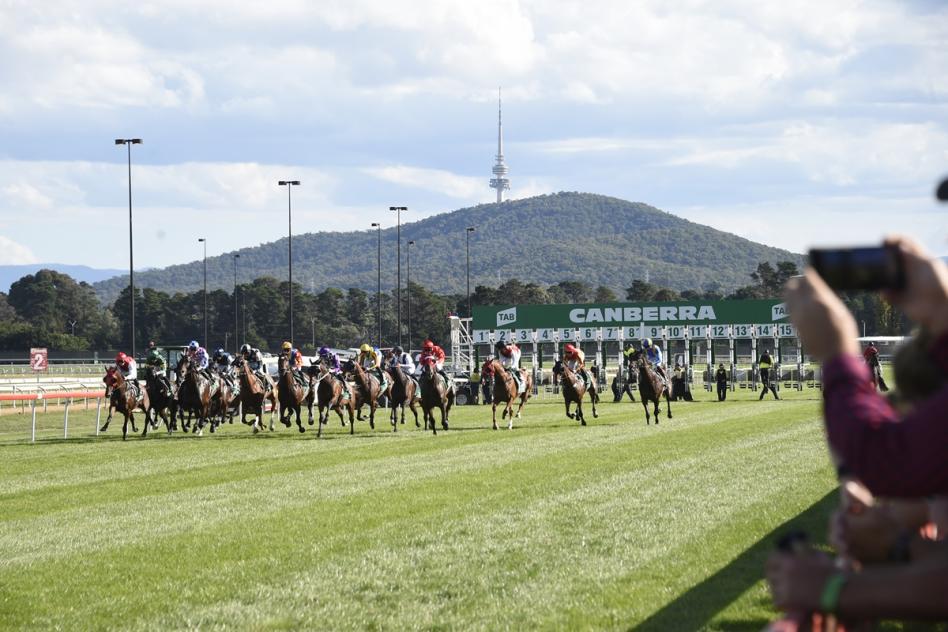 The rail in out 7m the entire and the track will probably race Soft 5+ with some showers about race-eve. Expecting them to race more to the outside than in. A tough betting program generally and the betting will be instructive in the toughest. The TAB Federal is a good contest.

CRIME SPREE (1) did about what expected at Hawkesbury on resumption and will be much sharper today. Recorded a big second-up win here at this trip in January and the Snowden barn have an imposing record at this track. Rates best. FINN'S FORTUNE (7) missed a lip here over a sprint before racing favourite at Gosford at the mile beaten 1.5L on the heavy. He's ready to win. DONEGAL LIGHTS (2) was disappointing at Gosford stepping up in trip but the sprint form prior was encouraging. He can control the race and with the extra fitness will stick on better. SUCCESSFUL STAR (8) made good improvement at Newcastle and will be better for it. She won't be far away.

BET: Backing Crime Spree to win. The four selections can make the trifecta.

A number of winning chances. GALAXY FORCE (2) was well-used early to lead at Albury recording and impressive heavy-track win. Keeps the handy 4kg claim and only has to hold that form to go close. RAFHA'S CHOICE (3) is a candidate to lead and has been racing in much better company in town. Led beaten 1L three-back on the Canterbury heavy and that would have him very competitive in this. The claim helps but some trust required. SIFU resumes and goes fresh. She placed here in January and followed with a 1.5L defeat in a Warwick Farm 72. That stacks right up. SKY DIAMONDS (5) resumes for the new barn (Dryden) and would be a player presented at best. Usually needs a run but that may change under the new regime.

Not the easiest race to assess. I AM MIGHTY (4) is lightly-raced and resumes owning solid trials. Placed at Goulburn the only fresh run and chances are she'll come back even better. Draws out but that mightn't matter so much if they're trending wide. FIRST GRANGE (5) resumes and just missed on debut in the country. The colt will be naturally improved and has shown enough to say he's a chance. DEHERO (8) was went better than the market expected at Goulburn on-debut and Penza's booking is a lead. In good city hands and keep safe. CAPITAL DREAM (1) resumes for a leading local barn and is sure to have come on. No surprise if he races well. APPETITE FOR RISK (7) rates well on the first-up Hawkesbury effort (80-1) and fitter can't be ruled out.

BET: Leaning to I Am Mighty.

Another tricky contest. GAMBACORTA (4) resumed off a long break at Wagga on the heavy track and ran out of puff at the business end bet 13-4. He showed enough here the prior run to say this is winnable and placed heavily-bet his only fresh run. Tipping Olive will have him improved and ready to go. PYRAT (6) was solid here on debut and then came back and won a trial before disappointing at Narrandera a 10-9F. The front bar plates come off and fitter expect a much better effort.  REGION TIME (14) is a local who didn't get into it the latest but had been tracking like an early winner and reaches peak fitness. AUNT BRIDGE (8) led and placed at Albury first-up for the new yard and has more to give. Has a wide gate and will need things to go her way. BUTTER BOTH SIDES (3) debuts and looked the goods here in the recent trial. Keeps Ward and he's a betting watch.

BET: With Gambacorta if the money comes.

Another tough form assignment. SAMINDI (8) missed 1L here and then improved again easily winning the CL1 at Queanbeyan. Has the handy 3kg claim today and can go on with it in this line-up. MANDALONG CASH (7) disappointed her as favourite before leading just beaten at Dubbo. He was a strong Maiden winner this track and trip before spelling and will be fitter on the 7-day return. CARTOGRAPHY (11) has an even wider barrier but gets Owen. He disappointed as favourite first-up but is much better than that and rates a decent chance if things go his way. BEAU ROCK (2) tries hard and is back in grade. Has an awkward gate but deserves consideration.

A deep race. STRATUM PRIDE (6) deserved the Albury win this trip 10-day ago a 13-8F. It was a decent effort and she presents here on a 10-day return for a leading local barn. Keeps the small claim and can go on with it. TIP TOP TIMING (7) has been threatening and just missed the placings at Kembla Grange the latest. He's a player back in grade on the 6-day return and with Penza a key booking. RODRICK'S SECRET (4) wasn't far away in the same race. He was close up at Newcastle three back and that stacks up. A chance on the quick return. LOAFING (1) is hard to catch but is in well with the 3kg claim and he'd be competitive at best. TWIG (2) is in the mix but may not start.

A competitive Federal. MOLLY NAILS (3) resumes and is a promising mare with strong city form in the CV. She bled when last seen but has a sharp first-up record and she's likely to have come on. Expect the rails gate to be managed. EASY ROSIE (8) resumes from a handy gate and is building a decent record. Pulled up with an issue at Gosford the latest and go on the first-up all the way win here prior. GUSONIC (1) is fast and deserved the all the way on the Randwick Kensington at 72 level. The 4kg claim takes care of some of the weight rise and he will take pegging back. EXOTIC DEEL (9) resumes for the Olive barn and Penza's booking interests. She's has ability but disappointed last preparation. No surprise if she's back on track and runs well. DESIGN ARTIST (6) peaks and the winkers are on first time. Gets a handy gate and her Victorian best would be good enough.

LETHAL LADY (4) wasn't beaten far in the Group 3 Black Opal and resumed at Queanbeyan with the rider reporting she didn't handle the tight track. She won't have that excuse today and draws to advantage. Expect sharp improvement on the 11-day return. EUPHRATES DREAM (1) was back to his best just beaten at Hawkesbury. She will be better for that the awkward gate might not be such a disadvantage if they're trending outside in the latter races. MISS LAMAR (5) resumes and is a first-up winner who has trialled well. She will have come on and draws for the run of the race. Hutchings' booking is a push. SISTER MOON (6) won on debut and it was a tough effort. Has Penza and fitter can't be dismissed.