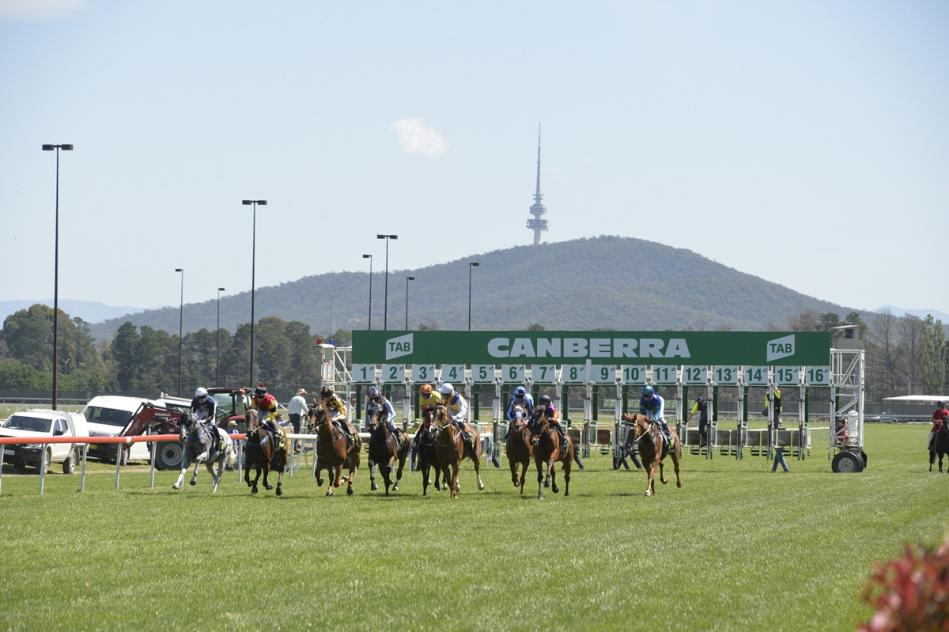 BROTHERS OF ANTRIM (1) is progressive and resumes with a 2/3 fresh record. Rates strongly and Cahill sticking says he's pleasing. Will take beating. LINDEN (5) is the danger. Was just beaten on resumption and has plenty of scope for improvement. Draws perfectly and will race handy. CORAZON DE ORO (4) needed the first up run in better class. She has more to give and gets a senior hoop for the apprentice. MON GYPSY (6) Is worth a look. Disappointed at the back of the last preparation but his form prior stacks right up. Second-up expect quick improvement.

BET: The betting should tell with Brothers Of Antrim.

ONE POSE (6) is lightly raced and presents off a big Maiden win at Taree. Sydney-trained and fitter he has the figures to take the next step. YESTERDAY'S GONE (5) resumed much improved winning the Maiden this track and trip. Was beaten 2.7 after on a heavy track and doubt he enjoyed it. Cahill sticks and she can bounce for the ACT's premier barn.  I LOVE LUCY (1) led first-up and was much too good in a Queanbeyan Maiden heavily-bet. Had no luck after at Newcastle in stronger than this. She has a future and fitter is a chance to bounce. RONNY ROCK ART (2) is speedy and resumes off a decent solid NSW campaign. The in-form Owen is booked and expect the gelding to race well.

BET: One Pose can go on with it.

CHARLEMAGNE (2) resumed just in the market at Canterbury and will be better for it. Has been unlucky not to have broken Maidens and his best form stacks up. Needs a good ride from the wide gate but Loy's booking can off-set that. Fitter he can break through. STARMOSS (7) resumed well-bet at Beaumont (Newcastle) and didn't have the best of it. His provincial form prior reads well and he can make sharp improvement for a leading Sydney barn (34% strike rate here). THE SEEKER (3) just missed at Nowra on debut and 9-1. He also draws a sticky gate but has the winkers applied first time and will have come on. DEFCON ONE (8) raced at peak fitness and was just nudged out at Moruya the latest. A hope building on that.

THE GRUNDLER (8) placed the only run last campaign and resumed with the CL1 win at Goulburn and he couldn't have been more impressive. Draws for the run of the race and Loy's booking is a decent lead. He has more up the sleeve and the mile suits. Fitter can make it a double. CALL ME ARTIE (4) was nudged out here 9 days ago back to this trip. He has the blinkers applied and the in-form Owen sticks. Keeps improving and will go close. TRUST THE PROCESS (1) is much better than the form-line suggests. Has been racing in much stronger city races and forget the latest over a middle distance. Is in the mix weight and all.  SONGBIRD SERENADE (5) won the CL3 at Moruya holding a decent level of form. Runs along and will be in it a long way.

BET:  Playing The Grundler in a good contest.

This is very tricky, and the race-day market will be instructed. DIJON (3) will use the low gate and there was a lot to like about his debut placing at Gosford. He will be better for that and is sure to take beating. FLYING ANNIE (9) had a wide run on debut and was immediately spelled. Has trialled twice and a star yard will have him improved. Has to be considered despite the wide barrier. VOLTS (11) is also Sydney-trained and debuts off strong city trials. The gate is sticky but she looks to have plenty of ability. BOBBY IS KING (2) debuts owning a Hawkesbury trial and Loy is a key jockey booking. A bold run is likely. MRS GLOOP (10) debuts and is a stablemate to Volts. The latest trial was sharp and the blinkers are applied. Another to keep safe.

BET: Dijon on what we've seen.

Another difficult form assignment. SIR ARTIE (5) debuts for a top Sydney barn (Snowden) and they don't miss often when it brings horses to Canberra. Won his latest trial easily and gets a handy gate and the blinkers applied. Heywood is booked and strikes at 20% with the stable. MR PUTIN (1) is a topical tip and has the speed to manage an outside gate. Led and just missed at Warwick Farm on debut and then folded up at Wyong and prepared to forgive. Has the race fitness and experience and a bounce is likely. GOLDEN PASSPORT (3) debuts for Watercourse-Bott and the trails have been sharp. Has the blinkers applied and draws to control the race. Is sure to be fancied. OPAL RIDGE (10) debuts and is a local who impressed winning the Canberra trial and draws low. Will race well.

TEN BELLS (7) resumes and has won 4/6 and comes off a CL3 win at Randwick. Won a recent Canberra trial and Cahill sticks from that. Is 2/2 fresh and is sure to have come on. The one to beat. LUCILIGHT (10) just missed first-up at Wyong for the new barn without enjoying much luck and has more up the sleeve. Has weight relief this level and fitter should go close. SWAGGER (9) won at Randwick before the spell and resumed with a decent effort in Open grade. Gets a soft run from the low gate and will have come on. A player. CALESCENT (2) won the 75 here easily 9 days ago. She looks to have turned the corner and is in the mix with the handy 2kg claim and a good ride from the sticky gate.

BET: With Ten Bells if the betting suggests she's pleasing.

SUPREMO (7) improved sharply third-up beaten 0.4L in stronger at Warwick Farm. Peaks now and has more to give. The in-form Owen can control the race from the low gate and the gelding is clearly the one to beat. RIBEAUVILLE (6) is knocking on the door. Peaks off the near miss at Nowra in a CL2 and Heywood's booking is a lead. DESTACADO (3) has placed both runs in and is on the improve. He can take a sit from the rail and make the finish again. CRIME SPREE (11) is a Maiden closed fat just nudged out at Beaumont (Newcastle) first-up. Draws wide again but gets Penza who can manage. In a powerful stable and has to be respected.