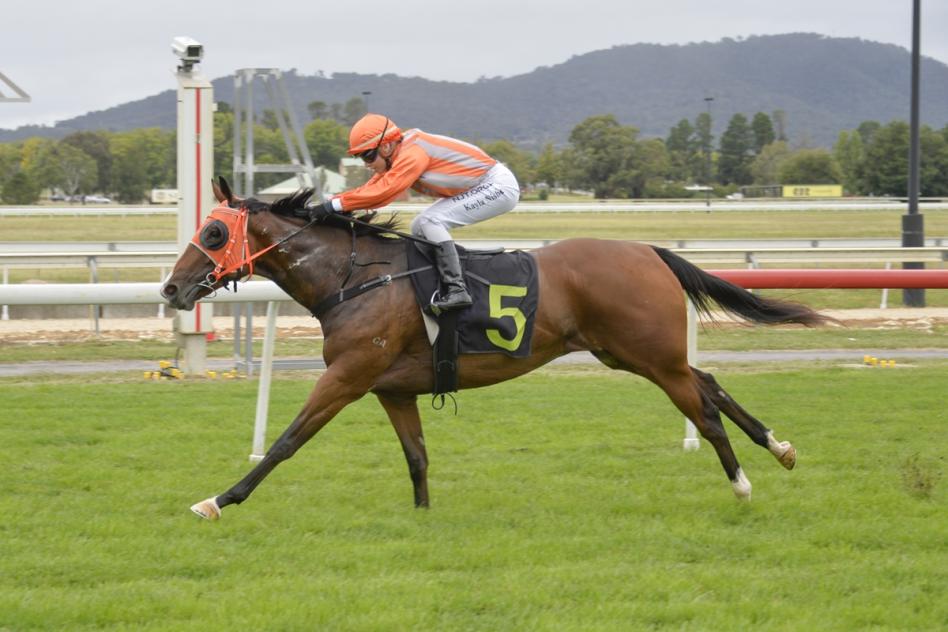 Chilly but fine weather is forecast through to race day and the track should present in the soft range. The rail is in the True position and should race fairly. Large fields after acceptances and while some of those are likely to be whittled down after scratchings, there should be good value in most events if you can jag the winner.

Tricky and the race-day market will be instructive. NOBLE EXCEPTION (4) just missed here two-back on the good and then didn't put in on the heavy at the Sapphire Coast. Will be fitter for both and will use the low barrier. Comes back to a sprint and Penza's booking is a lead. RED REDEMPTION (2) has a wide gate but is an improver who was beaten 1L at the Sapphire Coast on the deep track and will be fitter again. He can make the finish. FLYING MIA (12) resumes for a local barn and is better than the form-line suggests. Rates well off the Albury effort two-back and presents for this off a sharp Canberra trial. She's in light with the 3kg claim and can feature. DERANGED (10) is an Olive-trained stablemate to the top selection and can show more third-up. She runs along and her best would her right in it.

MOOSHAKA (9) had been threatening before disappointing at Wagga and forgiving. Keeps Penza and should get a soft run from the handy gate. In a top local barn and should take beating. SKAIFEE (10) resumes and has shown enough in stronger races to say this is winnable. He draws low and importantly has won 2/3 fresh. Tipping he'll go well. LITTLE HELA (3) impressed winning the CL1 at Queanbeyan and then found the grade too tough at Wagga. She's been freshened and can get back on track. THE BURNING (8) has been disappointing but was in the market first-up at Wagga and was caught wide in better grade. He's trialled sharply here since and looks a player despite the awkward barrier.

PROMPT PRODIGY (4) has been racing in much stronger grade including at Group level. Trialled well in Sydney before resuming at Eagle Farm resumed as a gelding at Eagle Farm in a CL6 and looked in need of it. He draws well and is suited under the race conditions. Expect sharp improvement. TAVIFERN (14) is a former Kiwi in the sharp Matt Dale barn. Was gelded and was close-up from the back at Wagga 15 days ago in a Maiden. He will be better for it and is a chance to break through.  EYES TO EYE (6) disappointed here two-back but the form around that is strong. Came from the back to just miss at Wagga back to the mile and expect him to sit handier today. In good hands and gets another chance. HOW DO YOU SLEEP (1) won and just missed at this track heavily-bet and then just a run after in a CL2 at Wagga. This suits better and a bounce is likely. LAWYER'S DELIGHT (2) won the Maiden well on the same day and can build on that.

AWESOME WONDER (5) is a former Irish galloper in the O'Shea camp who came off two trials to record the first-up Maiden win at Wyong. He will be further improved, and the middle distance should be right up her alley. LOOSE LOVE (4) deserved the big win here this grade and then was out-graded at Wagga.  Comes to the middle distance for the first time and tipping he'll manage it. MOHAHNA (6) is also back a level and Penza sticks from the latest. He's running out of chances but is in good hands and will get every chance racing forward from the Handy barrier. PENDING (3) is a Sydney-trained improver who didn't have the best of it at Wagga in a CL1. In the mix.

DISTILLATE (3) threatened and then delivered the 4.3L 65 win here from the front. Didn’t have the best of it at Wagga after in stronger than this and prepared to forgive. She races forward and has the handy 2kg claim. In a sharp local barn and can bounce back. DEVINE MISS (7) is a promising local filly who’s just been nudged out twice since the first-up CL1 win here. Race a 15-7F at Wagga the latest and is feared reaching peak fitness. AFFINITY BEYOND (4) resumes and is best on the fresh side. She’s drawn to ride the speed and the 3kg claim advantages. Expect a bold return. NOBODY’S PUPPET (12) led and won comfortably first-up as expected. Has a handy barrier and is in light with the 2kg claim. In the mix holding that form. EXTRAVAGENT LAD (9) is also worth a look.

CRUCIAL WITNESS (3) improved here behind Cyborg and then produced an eye-catching effort winning the Wagga 66 against her own sex. Williams' claim more than takes care of the weight lift and she can race handier today and repeat. IMPORTANT PRODUCT (4) comes back in grade and has been plainer the last two starts settling too far back. Placed at Moonee Valley before that and that's obviously good form. Has an awkward barrier again but is certainly capable of winning if things go his way. SHADDY (14) just missed here resuming improved for the new barn and then came back and raced favourite in 70 grade beaten 1.7L. Has a key jockey switch to Penza and is a serious contender. SINGLE CROWN (13) has an outside gate but resumed for the new barn sharply improved beaten a whisker at Nowra. He will have come on and can feature with average luck in the run.

GROOVER (2) is fast and resumes off two trials for a top Sydney yard. Won on debut and then led again beaten 1.8L at Wyong in stronger than this. Is sure to have come on and draws to advantage. HEAVENLY FIELD (4) was only beaten 1.6L at Kembla Grange second-up for the pace and has more to give. The filly will push forward and is fit enough now to manage the longer sprint. CUSHY (1) is right up to this but must manage the outside barrier. Had been well-trialled and on resumption had no luck early at Kembla Grange. Sharp improvement is anticipated. ONYA LIONAL (3) and PANDERING (11) are both locals with enough ability to make the first-four.

Tricky and the race-day betting will be instructive. MINOKAWA (13) debuts for one of the nation’s top barns and couldn't have been more impressive at the Warwick Farm trials. Day sticks from those and the Spirit Of Boom filly finds a winnable initial assignment. NATION PRIDE (3) was good on debut and then was heavily-backed first-up at Kembla just beaten. Brought strong trials today and will have the run of the race from the low barrier. Back 200m but fitter is a danger. POKERJACK (4) resumed placing at Kembla Grange and is improved. Draws low and is in well with the 3kg claim. he won't have to improve much to make the finish again. ELUSIVE BIRDIE (7) peaks and was beaten a half-length at Gosford the latest bet a 13-8 favourite. Has a handy barrier and the winkers are applied first time. In the mix.

Bet: With Minokawa if the money comes.