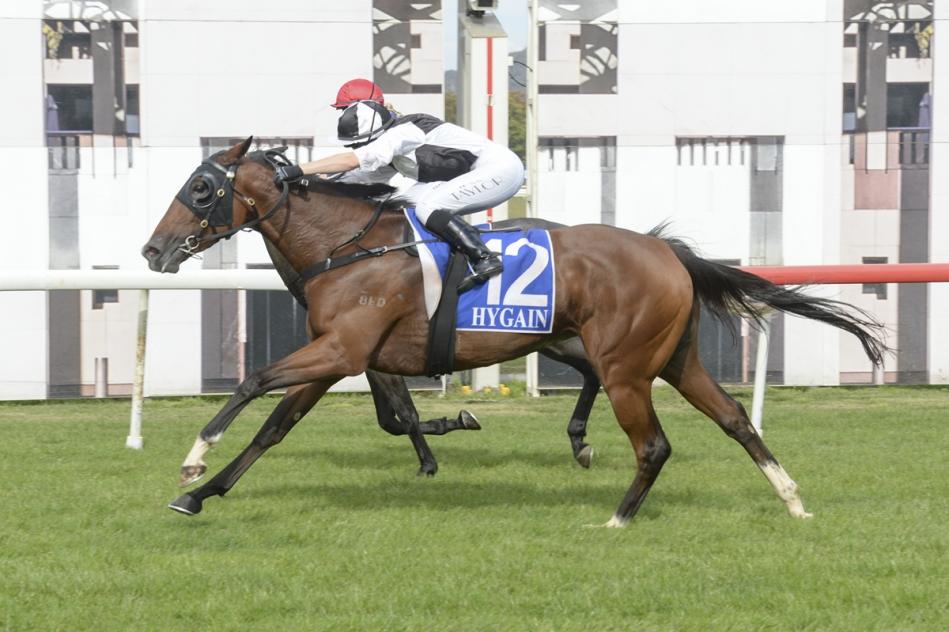 The rail was out 4m the Entire and raced a Good 4. Riders felt It advantaged to race forward but there were some nice finishing efforts from the back. The highlight was the Federal with two promising local gallopers fighting it out. Matt Dale and Nick Heywood both linked-up  for a double.

Favourite backers were burnt in the first with TEXERRO $2.20 beaten 5.6L into fourth. He missed the kick but pushed up the rail to sit handy. He gave little and the rider advised in his view the gelding would be better suited over further. MANDALONG CASH $11 took the race out coming off a 7-week freshen. It was a strong effort. The colt railed midfield and then was held up rounding the home turn and in the early part of the straight. Once clear he sprinted hard, and it was soft on the line winning by 2.5L. MISS ADRENALIN $10 sat outside the above and briefly hit the front at the 200m. She gave her all and was well clear of the third-placed Cambridge Rules $81. The second-favourite BIONIC $3.80 was beaten a mile. The rider said the colt didn’t finish the race off and appeared to pull up thick in the wind. Post-race no abnormality was found. All honours the winner and he can go on.

GRAVY TRAIN MAGPIE $2.60 jumped a firm favourite and just prevailed. The speed was on, and Gravy Train Magpie sat on the back of the leading pair. She was full of running but was badly held up rounding the home turn and until the 150m had all sorts of trouble finding a clear run. She flew when she did to just touch-off MICKEYRATS $11 on the line. The latter had been pratted three-wide on-pace and looked an all-over winner passing the 200m. There was a lot to like about her effort, but the winner would have been desperately unlucky not to have prevailed. NOBLE EXCEPTION $4.20 was next home 1.7L from the winner. He was widest on turning and kept coming but lacked a killer punch. He should be ready to win with that under the belt. Gravy Train Magpie is a nice galloper in the making, and it will be interesting to see where she pops up next.

EYES TO EYES $3.40F went to the lead before the 1000m but gave nothing in the stretch when the pressure went on. The rider said it was the geldings first go at the trip and felt he would derive benefit from it. GREAT MYSTERY $11 got up by 1.6L from the well-supported BACIO DEL MIST $5.50 and MIKASA $4.20.  The winner railed behind mid-field, but Penza improved through gaps and presented her down the middle as they straightened for home.  She held them off under hard riding enjoying the return to a firm track. BACIO DEL MIST was retrained back early and then uses gas down the back to position closer. She was widest on turning and kept coming. MISKA $4.20 battled on in third after sitting a little wide on-pace. The filly lacked a finishing punch. A nice ride by Penza on the winner.

SURPRISE FACTOR $21 caused the day’s biggest upset. She was sent straight to the lead by Collett from the low gate and fended off the closers to win by a short-half-head. The money came for the local DELIGHTFUL DREAM $4.6-$3.8, and she was brave in defeat. She settled back off the wide gate and then improved wide and turned out beyond midfield.  She kept coming and was very strong at the line. STELLA BAIA $41 also finished hard on her outside beaten 0.7L. He was presenting for the new yard off a 45-day break, and it was a nice effort that would have encouraged connections. The next three home finished within 1L of the winner. NEPHRADIVA $2.9F settled behind the speed after an awkward start but didn’t finish it off.

MOOKAREENA, drifting $11 made the most of the class drop and 3kg claim to just prevail over the two best-supported, MERCURY $4F and REAL PEACE $5. I was busy early with the winner finding the prized leading spot with VANILLA SKY $5.50 on her flank. Mercury sat just behind. Mookareena kicked on turning and just held off the finish of Mercury who chased hard. The eye catcher was Real Peace who was held up for clear running rounding the home turn and until near the 300m. He belted home to be unluckily beaten a half-length. DENMISS did a good job in fourth after a slow off and being held up turning for home. A nicely measured ride by the apprentice on the winner.

The money came for CIRCULARITY $3.60F and he delivered in a close finish. Again, there were a number looking for front spot and as they settled the winner was perfectly positioned behind the leading pair. He hit the lead at the 100m, but they were coming hard, and he just managed to hold off MASCHERATA $5. He settled in sight of the winner and was given a good ride through as they headed for home. Kept coming but wasn’t quite good enough on the day. BUDDEROO BLITZ $7 was beaten less than 1L in third. He settled near the tail of the field but stuck to the rail and was brave to the line. KING GUTHO $6.50 disappointed. The rider said he didn’t respond to riding in the straight and made respiratory sounds returning to scale. Not much between the better ones with the winner enjoying the run of the race.

DEVILS TRIANGLE firmed into a 2.35F but gave supporters some anxious moments. He just held out the clear danger MISS OSTEND $3.50 in a terrific finish to the Federal. Both settled beyond midfield in plenty of traffic behind a solid tempo. Devil’s Triangle stayed on the inside and on turning got a nice spit got a nice run through and looked in for a comfortable win before Miss Ostend burst onto the scene out wide. She was wide and one of the last on turning and couldn’t have been more impressive easily managing the longer sprint. This pair are progressive and had a class edge.  MILAMOO $14 followed his surprise Federal win with another fine effort beaten 1.5L in third. MR ALOYSIUS led and was well-beaten in fourth. Heywood’s ride was the difference.

MAJOR GOWEN drifted out to $9 having his first run for the Matt Dale barn and made it a race-to-race double for the Canberra mentor. The former Victorian settled in the last pair a mile from the leading trio at the 700m. Heywood had him in the middle of the track and they settled for the run home, and he came with long strides to come over them on the line. STAY WEALTHY $6.50 shared a fast speed on the rail and held a narrow lead at the 200m from the hot favourite HOW DO YOU SLEEP 1.90F who had been a little wide most of the way but was well positioned on the turn. HARDERTHANTHEREST $21 was next beaten less than 1L and it was a good effort as well. LOOSE LOVE $5.50 was next and pulled hard with the blinkers applied. Raced wide after the 1000m and is worth another chance. The winner is a nice moving galloper who enjoyed the solid pace and can only be improved. He’ll win more races for the sharp stable.