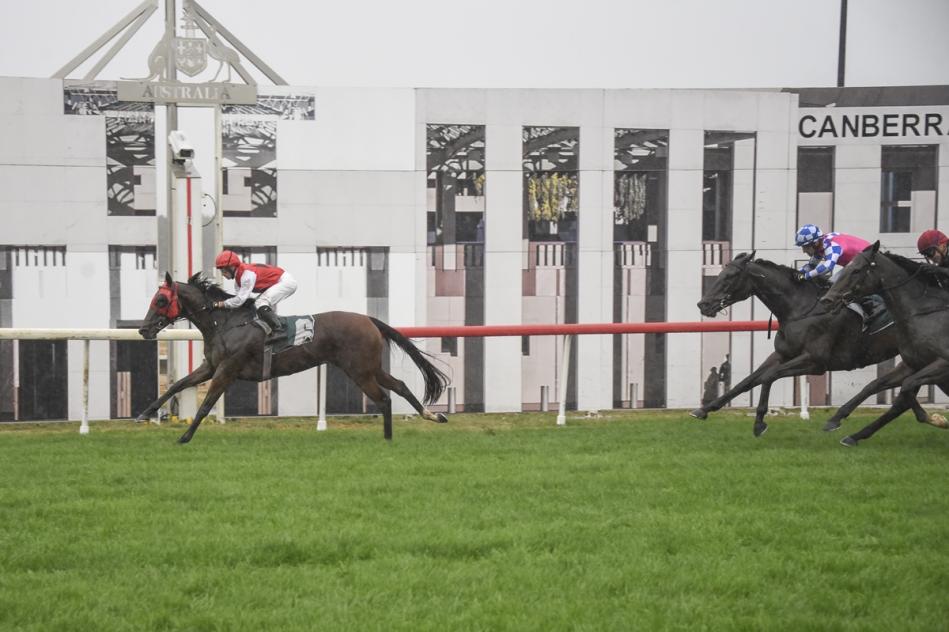 The rail will be out 5m from the 1000m to the 380m and 3m the remainder. With fine weather through to race day the track may race in the good range. Multiple winning chances in most races and it’s a terrific betting card.

REATEROS (4) was good beaten 1.5L on debut and then got closer behind Endorsement at Newcastle clear of the others. That reads well and he won't have to improve much to take this out. AMATHUBA (1) runs along and found one better as favourite at Goulburn. Will be fitter again and is still a fair way off her peaks. Up 200m and can threaten. CAPTAIN VLADIMIR (5) is an improver from the Baker barn. Was well supported at Wyong on debut but raced a bit new. Has won a Warwick Farm trial since and the spacious track suits better. ONYA LIONAL (3) has missed a lip his last two including here. He will race forward and is a trifecta hope.

FANGELA (3) is a promising local who missed 1.5L resuming at Randwick and then was bet 9-10 winning the 66 at Nowra. Has the handy 3kg claim today and the winkers applied first time. Should get a soft run and fitter can go on with it. DISTILLATE (2) is also in a top local barn and did a good job at Moonee Valley first-up in 70 grade beaten 2.8L after a slow off. Has been freshened and the 2kg claim assists. Is sure to threaten with average luck pushing forward from the outside gate. NOBODY'S PUPPET (11) is also in a sharp Canberra barn and has never raced better. Led beaten 0.5L here 17 days ago this trip and draws the rail again. Gets some weight relief at this level and looks a player. AS YOU WERE (7) and ITALIAN INFORMANT (8) bother resume and are good enough at best. The race-day betting will tell with them.

Competitive. MASCHERATA (3) resumed as favourite at Goulburn against Devil's Triangle and missed the start badly. Draws handy and Clark is a key jockey booking. The O'Shea-trained galloper Is obviously pleasing and is worth another chance. DEVILS TRIANGLE (6) deserved that Goulburn win and then was beaten 1.5L at Randwick behind Shelby Sixysix on the heavy and that's turned out to be a sharp form line. She might not be quite as effective on dry surfaces but fitter is too good to risk. PRUDISH (10) is Sydney-trained and peaks off strong provincial form. Didn't have the best of it late at Newcastle the latest beaten less than 2L and that stacks right up. SHOTGUN ALLI (5) is a first-up winner resuming for the Freedman yard. She's been on-song in two Randwick trials and is good enough at best. Expecting her to be ready and go well. TWIG (11) won the CL1 at the mile before the spell and resumes off that peak. Has plenty of scope for improvement but the outside gate has to be managed.

I AM ME (9) resumes for a star barn and won his latest city trial by a space. Didn't have the best of it in Listed grade before the spell and the form prior is strong. Is sure to have come on and the well-bred filly draws well and Berry sticks from the trial. TEMPESTAS (12) is third-up and ready to win off the two close-up efforts at Newcastle. Didn't have the best of it late the latest and Penza is reunited and is likely to push forward and control the race. WHY DOUBT (13) is peaks and didn't miss by far at Newcastle the latest. Draws to advantage and back to a shorter sprint shouldn't bother. WILLIAMS BAY (14) is full fit and bursting to win. Needs a good ride from the wide gate and won't be far away.

BET: Backing I Am Me.

CHAMPIONS LEAGUE (1) didn't miss a beat winning the Kembla Grange Maiden first-up and that stacks up for this. Is sure to have come on and the star hoops booking adds to the confidence. Fitter and can take the next step. MOON STORIES (6) resumes off a torrid run in the Group 3 Spring Stakes. The recent city trial was sharp and Brock Ryan sticks from that. He's good enough but will need a clever ride from the sticky gate. FOURMADEC (5) was heavily-bet here second-up placing with excuses. Gets an awkward barrier again but Berry rides and helps off-set that. The smart local barn will have her right-on-song. DIAMOND STAR (12) is also in top local hands and the near miss at Goulburn two back rates well for this. Has a low gate and Loy is reunited and is building a good record with the stable.

A good contest. MILITARY EXPERT (2) spikes his figures belting the 72 graders at Rosehill and then had to work to find the lead in the Group 1 Randwick Guineas and was found wanting late. This is much easier and he can lead or box-seat from the rail. Back 200m and fitter he can be winning. SILENT IMPACT (1) is fourth up and will find this easier than the Group 2 Hobartville Stakes when he led from a wide gate and folded. Draws even wider here and that's the query. Clark riding is a plus and expect him to go close. CAPE BRETON (3) is a Waller-trained improver who missed a lip first-up in the 72 and has won a Randwick trial since. The star hoop sticks from both and it's hard to risk the jockey-trainer linkage. VON TRAPP (14) is in a smart Sydney yard and was last seen 16 days ago in the Group 2 Armanasco Stakes at Flemington. She will be better for that and will get every chance from the sweet barrier down in the weights. FLYING CRAZY (4) is also in the mix.

TOOMUCHTOBEAR (6) came to this trip and won the 88 easily and then worked to lead placing in the Listed Parramatta Cup and will be better for that. Will push forward and has scope for more improvement. Goes on top over LE BAOL (9) whose also in good hands. Brings a big figure from the near miss in the Randwick 88 when he surprised the market. A dryer track shouldn't bother and he will take beating with a repeat of that effort, MR GEE (11) improved again winning the 72 at Canterbury. Gets a key jockey switch to McDonald and with weight relief looks a hope at odds.  PARRY SOUND (3) has been racing in listed company and things didn't go his way the latest in the Parramatta Cup. Draws out again but can't be ruled out with a good ride. DADOOZDART (14) got a lot closer the latest and Pike sticks. Should get the run of the race and is also a player.

DEEL WITH ME (9) was eased down as favourite at Randwick and then came back a few levels winning the 66 in the country. Keeps improving and the blinkers go on first time. Parr will give him a good ride and he can win again. SHAMEONUS (11) is a stablemate who led and was just touched off by the above in that contest. Clark is booked and will have him right on the bunny. Feared. VALLAURIS (6) impressed first-up winning the 66 coming from the back. The mile suits and expect him to stalk the speed from the rail. Fitter and respect the Matt Dale barn on a big day at home TEMOIN CHAUD (12) peaks for the Olive barn and is one to consider at odds.

BET: Leaning to Deel With Me.