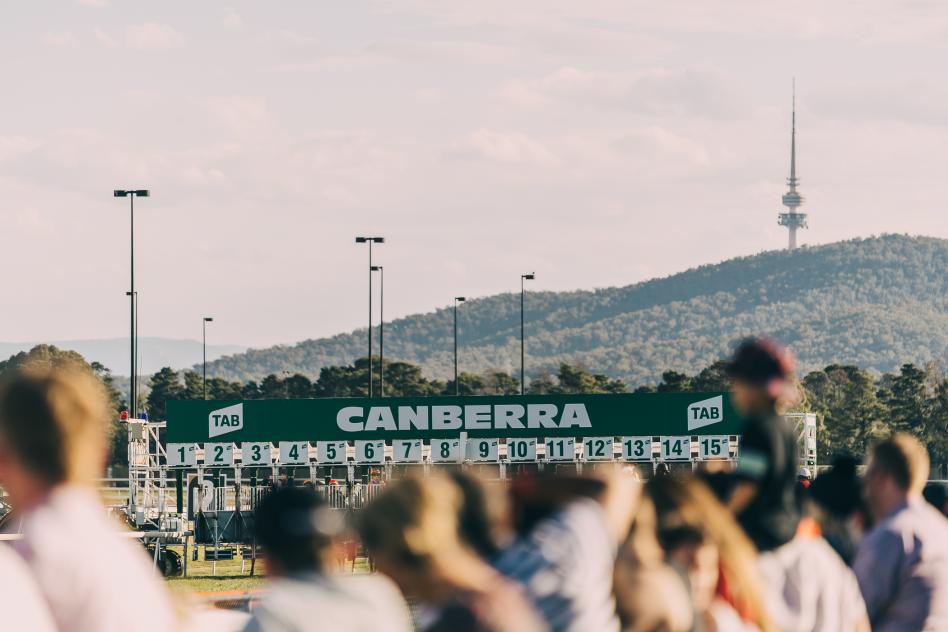 Sizeable fields at acceptances. The rail will be out 3m the entire. Tuesday the track was rated a Good 4. There’s the chance of showers and thunderstorm through to race-day so a weather watch is advised.

GIN MARTINI (5) has had six starts, three at Group level. Resumed in good order and then held his figures although well-beaten in the Belle Of The Turf at Gosford. The lift to the middle distance will suit and Penza's booking is a plus. SPROUT WINGS (2) is busting to win and is the clear danger. Improved again just lipped out this track and trip two weeks ago and the in-form Loy rides first time. BRYNNER (4) can improve stepping up from the mile with three runs under the belt. MISS HORSBRO (7) is on a quick return and will be better for the placed run this distance at Queanbeyan.

BET: Gin Martini gets the nod.

DECKER (4) spies his figures beaten a nose over the mile at Wangaratta and then went to Melbourne and had no luck at Sandown (H) and pulled up with an issue. Draws for the run of the race with Penza a key jockey booking. This suits. CALL ME ARTIE (1) found form beaten 1L here this trip and then just a run lifting to the middle distance. Comes back to the mile and drop is class off those. Winning rider Billy Owen is reunited and the Osborne-trained gelding gets his chance. ROOM NUMBER (7) has been racing well in better grade. Comes back 400m and is capable of making the finish. WOULD BE KING (6) will be competitive with a repeat of the near miss here this journey two starts back in stronger. Didn't get warm over a middle distance the latest.

BET: Going with Decker. Call Me Artie the saver.

A good contest. MR MOPPETT (3) quickly found his best winning the 66 at Corowa and can build on that. Raced twice in Melbourne at the back of the previous campaign and three back was only beaten 2.5L in a Caulfield Open 3. Has a 1.5kg claim for Budler and will take beating. THE UNKNOWN FACTOR (1) had been threatening before delivering the 4L win here in Open grade. Has to carry 6.5L more pudding today but can prove a danger all the same. SMUGGLER'S BAY (5) is promising and will be better for the first-up run at Randwick when in the market. Has won 3/5 in the country and gets the winkers first time and the switch to Penza. He's sure to be very competitive. CALESCENT (2) placed in the Unknown Factor's race after a wide run. Peaks now and has a handy 3kg claim. In the mix.

EL NIDO (3) is in one of the nation's top barns and is third-up and ready to deliver. Has raced favourite at the provincials both starts and those efforts stack right up for this. Draws handy and the blinkers are applied first time. Day rides and she's building a good record with the yard. THIRD EYE (5) is an improver from a top local yard and will be better for the solid first-up outing when she settled last in the big field after being checked at the start. Cahill sticks and that's a vote of confidence. GOLDEN CHANCES (7) was just nudged out as favourite a Bathurst and didn't get it easy. Finally gets a low gate and is capable of using it. Rock-hard fit and the in-form Loy is a key jockey booking. Not sure what to make of COSTLY (4). Is obviously showing plenty at home but isn't delivering on race-day. In a leading Sydney barn and the blinkers go on again in an effort to engender improvement. No surprise if he's well-fancied again.

IN DE SUN IWILCOME (4) resumes for Canberra's leading barn and the well-bred mare has shown enough to say this is winnable. Runs along and two back was just nudged out at the provincials. Expect her to come back further improved. TAP 'N' RUN (3) resumes with 2x winning rider Cahill engaged. Presents off an 0.4L defeat at Rosehill in stronger and performs on the flesh-side. Rates well and can hit the line hard. BRITAIN (1) also resumes and is much better than the form-line suggests. Own a Canterbury trial win and the blinkers are on again. Speedy and should make short work of the outside barrier. ZANSHIN (6) won the 58 comfortably at Orange as expected. She's an improver drawn low and Penza stays with her. In the mix.

KYALLA (2) improved sharply third-up belting the Maidens here by 3.8L. Had to do it from a wide gate and draws to better advantage today. Fitter and won't have to improve much to win again. EASY ROSIE (4) rates a danger. Has missed a whisker her last two starts including here. She keeps Penza and will ride the speed from the low barrier. Peaks and is feared. BRAVE MASO (6) deserved the Maiden win and can lift again and make the placings. PUNKZY (3) is fourth up and showed enough here two back to suggest she can fill out the first-four.

PEREGRINATION (3) was only beaten 2.1L at Canterbury in stronger than this before being out-graded at Stakes level at Gosford. He's suited and Ward can give him the run of the race from the low barrier. Goes wet and dry and should go close reaching peak fitness. DIVINE FUTURE (11) was on-pace delivering an easy CL1 win this track/trip. She can build on that and is a chance to repeat. JAC THE GREAT (7) just missed here resuming for a sharp barn and will be better for it. Will likely get back from the rail and require a good ride from the 1.5kg claimer. ROMEO VELLA (8) has won and just missed here the last two at 60 level. Has weight relief and from the low barrier will get every chance to bounce.

Tricky. LA MIA VIA (14) resumed bet 4-1 and didn't get into it from a slow start. Missed a lip three-back on the Canberra synthetic running the standout figure in this. In the premier local barn and has a low gate and Penza's booking suggests she's come on. HELLO JACK (8) debuts and looked the good in the recent Goulburn trial. Cahill sticks from that and counting on him to manage the outside barrier. GEMINIDS (13) draws out but is in a canny Canberra barn and can show more over the longer sprint. Gets in well under the race conditions. PROPHET'S DAUGHTER (11) has trialled well at Corowa for his debut. Worth a market watch.

BET: La Mia Via is in good hands and has race fitness and experience.