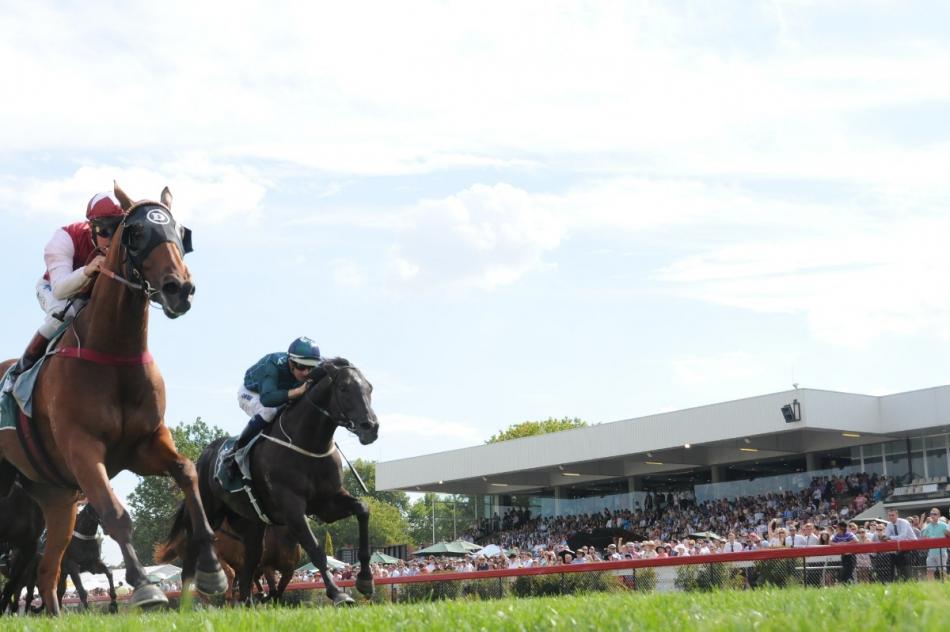 Luke Pepper’s speedy mare Affinity Beyond headlines a bumper edition of the TAB Federal this Wednesday at Thoroughbred Park. The daughter of Starspangledbanner comes into the contest off a trial win after a sixth placing in a TAB Highway where she weakened late after posting some very slick sectionals out in front.

“She was running incredible splits up front in the Highway” Trainer Luke Pepper said. “She recorded a 9.9 200m split and no horse can finish off after going like that. She probably should have been beaten by 10 lengths but was beaten by 3, so we were rapt with her run.”

Pepper has a very high opinion of Affinity Beyond and is adamant she will be right in the finish on Wednesday.

“She is possibly the best horse I’ve ever trained” Pepper said “The 1000m here suits perfectly and the barrier draw (Barrier 2) couldn’t have worked out better. She is going to take a power of beating.”

If the mare was to win the TAB Federal on Wednesday, a step up to a benchmark race over 1100m at Royal Randwick awaits.

Trainer Gratz Vella believes his Major Time is a big danger with 59.5kgs on his back after a 4kg claim thanks to apprentice Hannah Williams.

“He’s coming back from 1200m to 1000m so we haven’t had to do a lot with him” Vella said. “We’ve had to put on an apprentice after he was given 63.5kgs but thankfully they’ve blessed us with a good barrier.”

Major Time will jump from Barrier 5 and will look to make it three victories from his past 4 starts.

The TAB Federal is Race 4 on Wednesday’s card and will jump at 3:08pm.

Pictured: Photo credit: Affinity Beyond wins by 5 and a half lengths at Thoroughbred Park back in December 2019. Photo credit: Bradley Photos