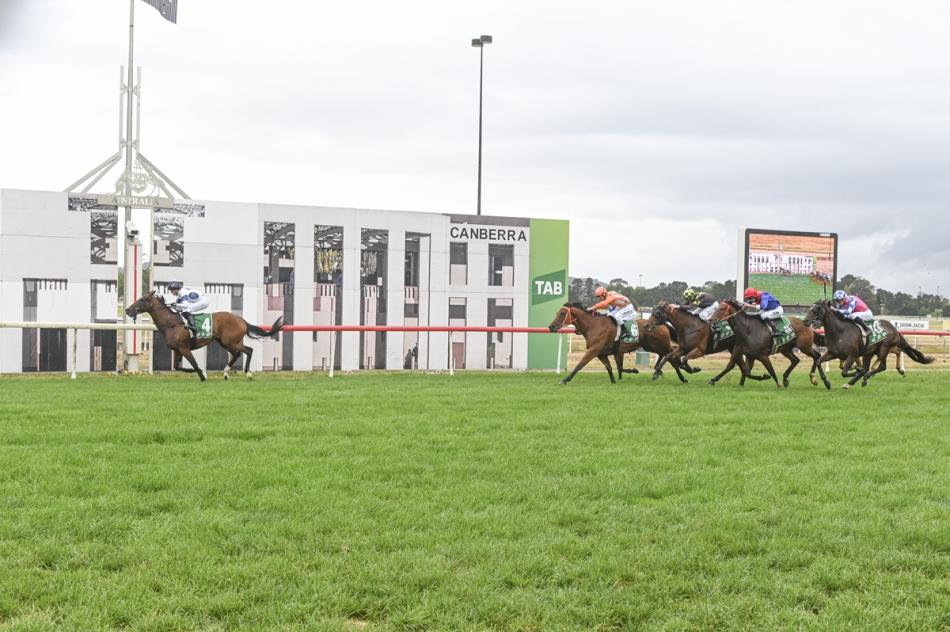 It was a masterful ride by Apprentice Julia Presits aboard Calescent in the TAB Federal National Sprint Preview (1200m) at Canberra last Friday. A daring, sustained speed saw Calescent run her rivals ragged, finishing 3 lengths clear and earning her exemption from the $150,000 Seears Workwear National Sprint ballot. But it looks unlikely that she will head that way.

Trainer Matthew Dale is weary of sending his speedy mare up to the 1400m of the National Sprint or back to the 1000m of the Affinity Constructions Australia Quality Open Sprint. Instead, it looks likely that Dale will find her a suitable race at a Canterbury night meeting.

Second place-getter Major Time is also straight into the Canberra Racing Carnival feature with Gratz Vella hopeful that his galloper can run out the 1400m.

“I think we’ll tackle the National Sprint over the Benchmark 75 1200m even though the distance suits a bit better.” Vella said. “He’s been racing so well and has earned his go at a stakes race.”

Major Time’s second behind Calescent continued his great form after a strong second in a quality Benchmark 72 at Warwick Farm a start prior. The son of Epaulette, a Black Opal Stakes winner, was pushed up front that start, something that Vella thinks cost his galloper.

“It was bit stiff.” Vella said.

“If the other one up front had left us alone just a little I think we would have won. The one that did beat us, Roots, I think is pretty talented.”