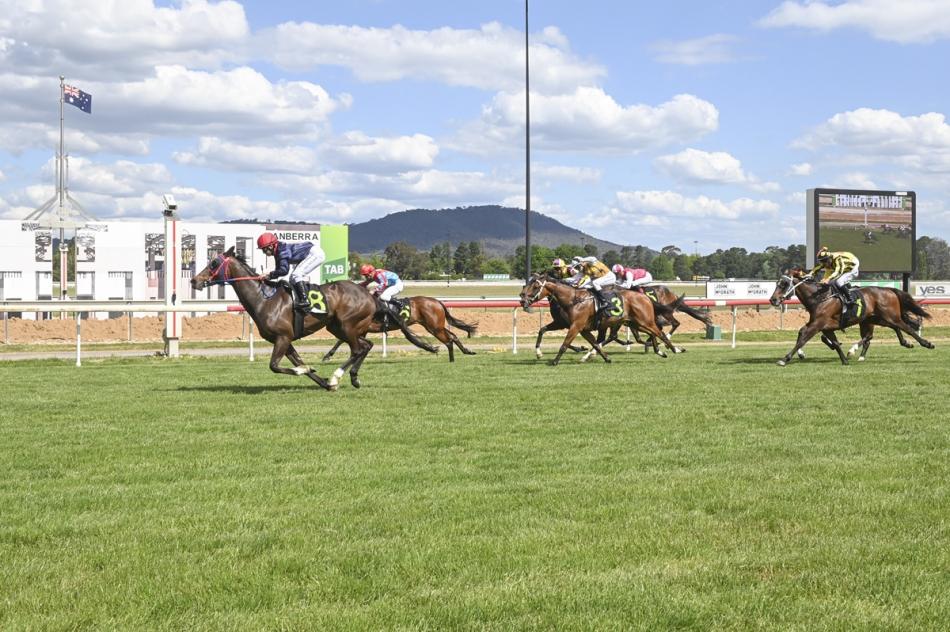 The Mick Miladinovic-trained Milamoo enters Sunday’s TAB Federal (1600m) at Thoroughbred Park in the form of her life having won two of her past three.

Her last start, at this track and trip in a Benchmark 66, was a brilliant last-to-first victory that saw her mow down the well fancied Port Douglas before powering away from her rivals. While Milamoo steps up in grade here to the Benchmark 75 TAB Federal, Trainer Mick Miladinovic thinks she has the quality to match them.

“She has shown what she’s capable of in her past few starts.” Miladinovic said. “She probably should have been doing this in her last preparation but she kept having things go wrong.”

“The horse is just really sound at the minute and I think that’s what we can put her recent success down to.”

With plenty of rain expected in the nation’s capital prior to Sunday’s race meeting, the going is likely to be in the Heavy range, something that Miladinovic isn’t too worried about.

“She hasn’t won on rain affected ground yet but she probably should have won at Wagga on the Heavy back in early October when she ran about 5th.” Miladinovic said. “I think she’ll handle it fine.”

Milamoo has had three starts on Heavy ground with two second placings. She will be piloted by Apprentice Amy McLucas and will again need to come from near last, jumping from barrier 11.

The TAB Federal is Race Six on the program and is due to jump at 4:14pm.