Major Time’s time to shine in the TAB Federal 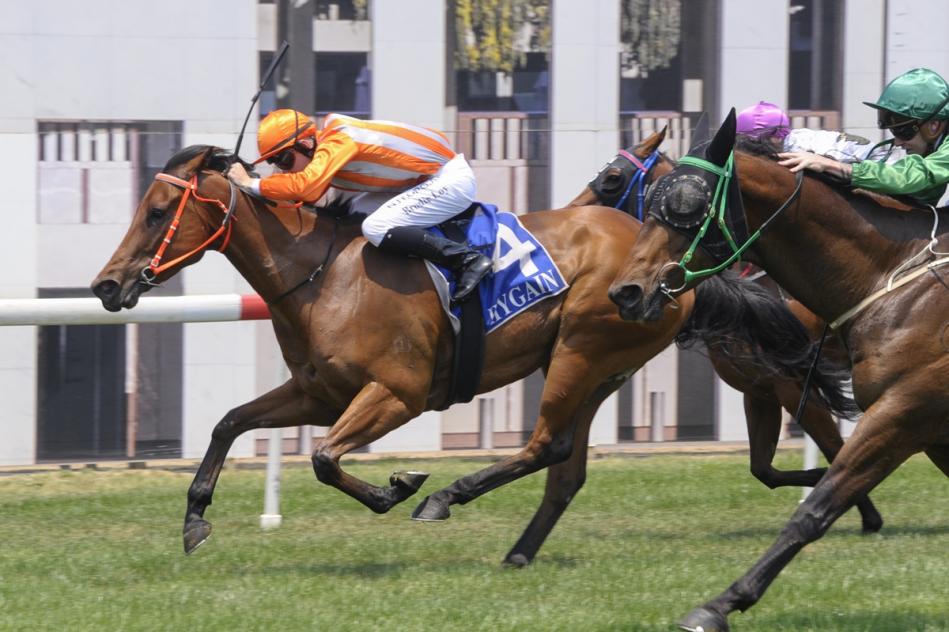 Canberra Trainer Gratz Vella will test the endurance of his speedy gelding Major Time in today’s TAB Federal (1400m). The son of Epaulette has proven himself to be a top country sprinter in recent times and will appreciate the return to his home track where he boasts two wins and nine placings from his 16 starts at Thoroughbred Park.

Yet to see victory past 1300m, Gratz Vella is adamant Major Time is going well enough to return to the winner’s stall soon but concedes the trip is a worry.

“We’ve struggled to find the right race for him after he was scratched recently with an elevated temperature.” Vella said. “But I’m very happy with the condition with the horse and if they don’t go too hard I think he’s a great chance despite the trip not being ideal.”

Major Time was strong second up last time out when fourth in a Benchmark 84 at Wagga (1200m).

“He was fantastic last start at Wagga and would have finished a lot closer if he was able to get a run.”

“I’m hoping he should be somewhere near his peak here which I think puts him right in the finish.

Major Time lines up against a strong final field including Matthew Dale’s City winner Meg. The four-year-old mare by Sebring enters the TAB Federal second up after a sixth placing behind Gosford Guineas favourite Bacchanalia.

The TAB Federal is Race Six on today’s program and is due to jump at 4:41pm.