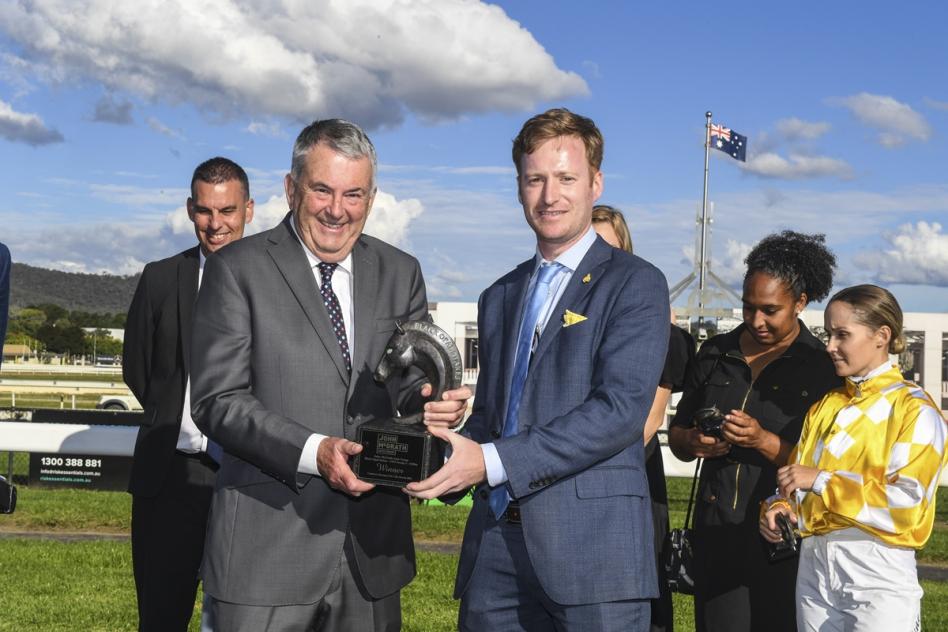 The Canberra Racing Club is thrilled to announce that major sponsors John McGrath Auto Group have extended their support of the Black Opal Stakes until at least 2026. This will see John McGrath Auto Group’s association with Canberra’s premier race extend past a decade with Canberra Racing Club Chief Executive Officer Andrew Clark elated to share the news.

“John McGrath Auto Group’s contribution to Canberra racing can not be understated so to secure their support for the next four years is very pleasing.” Clark said.

“2023 will mark 50 years of the Black Opal Stakes so our two organisations will work closely together to make it the biggest and best yet.”

“I would personally like to thank John & Vicky McGrath as well as Group CEO Warren Gill for their unwavering support of our Club and of the Canberra racing community.”

“We have a wonderful association with the Canberra Racing Club and we’re thrilled that we will be able to lend our name to Canberra’s best race for its 50th anniversary.” Gill said.

“We have been naming rights partners of the Black Opal Stakes since 2016 and we are proud that this relationship will enter its 10th year in 2026.”

John McGrath Auto Group are Canberra’s leading car dealership group and have been great supporters of the Canberra community for over 20 years.