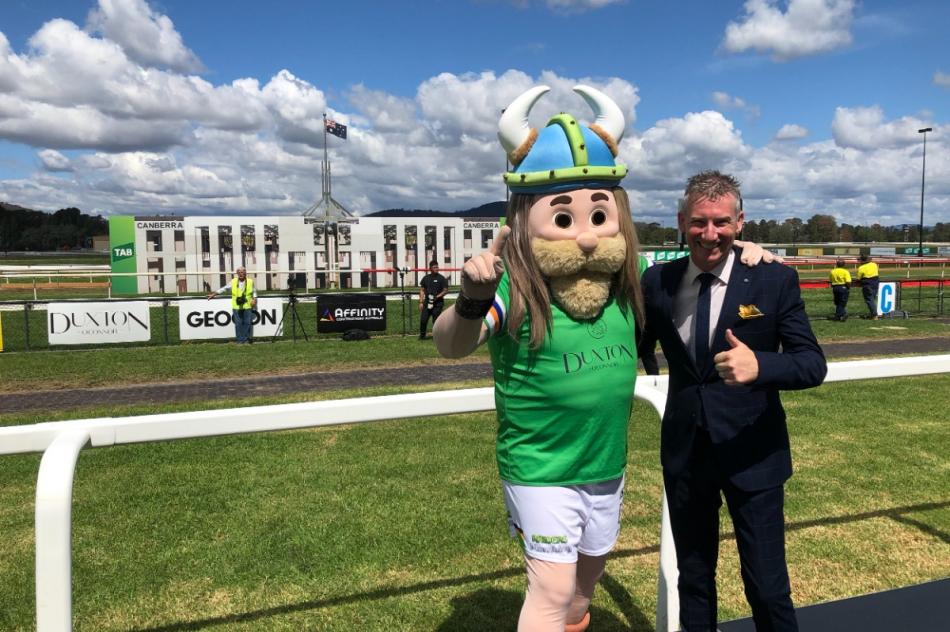 The families who ventured to the inaugural running of the TAB Canberra Cup on Canberra Day were treated to a picture-perfect afternoon full of fun. From a helicopter landing to hilarious shows from kids’ entertainers Mr Tim and the Fuzzy Elbows, to the packed free rides, Thoroughbred Park played host to a wide variety of entertainment for all ages.

Camelot Amusement’s giant slide and turbo chairs proved to be a massive hit between the excitement of live racing. Pony rides and the petting zoo also got quite the workout.

For the third consecutive meeting, a free $2,500 bet promotion was held, offering those with losing tickets a second chance at glory. The first two winners missed their chance but it was third time lucky for Liam Mason who correctly chose TAB Canberra Cup winner Mugatoo (IRE). Liam who had his family with him in the mounting yard during the race were ecstatic and said that his winnings would go towards paying off his mortgage.

Those who were in corporate hospitality areas were treated delicious food and drinks as they watched the excitement from the best seats in the house.

That concludes an exceptionally successful Canberra Carnival. The Carnival will continue to encourage tourism and give Canberrans a great reason to stay local on the Canberra Day long weekend.