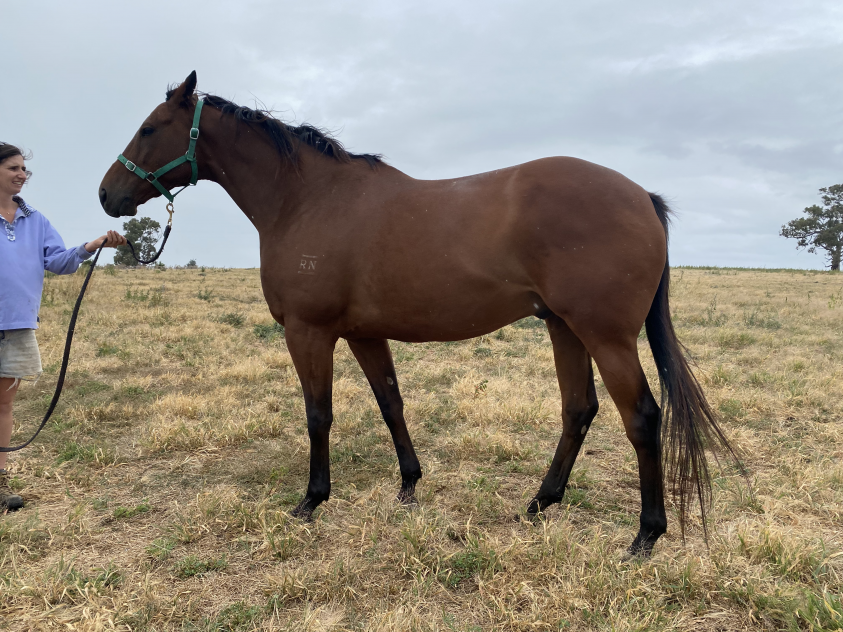 Balansa was the winner of five races including a Nowra Cup and a Merimbula Cup. While the Keith Dryden-trained gelding was no world-beater, he certainly gave his owners a great ride having starts in three of Canberra’s five feature races throughout his career.

Balansa in a 34-start career finished 4th in the 2020 National Sprint, 6th in the 2021 Canberra Mile and 5th in the 2022 Canberra Cup. Having had a great racing career, the decision was made to retire Balansa as a sound eight-year-old who would return to the place of his birth, Redbank North, a farm near Harden which boasts some of the country’s finest grazing lands.

Redbank North is a 1300-acre property that breeds Thoroughbreds and provides spelling agistment amongst a whole host of racing industry services. The greatest graduate to have been bred on their lands in one of Canberra’s greatest and favourite horses – Single Gaze, Nick Olive’s Group One winning mare.

Farm Owner and Balansa’s breeder Jamie Middleton is excited to have Balansa back on the farm and grand plans for his long-time friend.

While there remains a back-up plan of eventing, Balansa will take up a key role in the Redbank North operation.

“He’s going to be a nanny” Middleton said. “It’s a really important role helping guide the younger horses through things like storms when they’re out in the paddock.”

“The yearlings and weanlings are just learning what it’s all about so having an older more experienced horse with them is vital.”

A nanny is just one example of post-racing pursuits for Thoroughbreds. Keeping horses mentally challenged after racing is an important part of maintaining health throughout their remainder of their life.

“We’ll get him to work soon.” Middleton said. “Which is good because since he’s been back, he’s just been getting fatter and fatter!”