Dryden’s a fan of Fangela 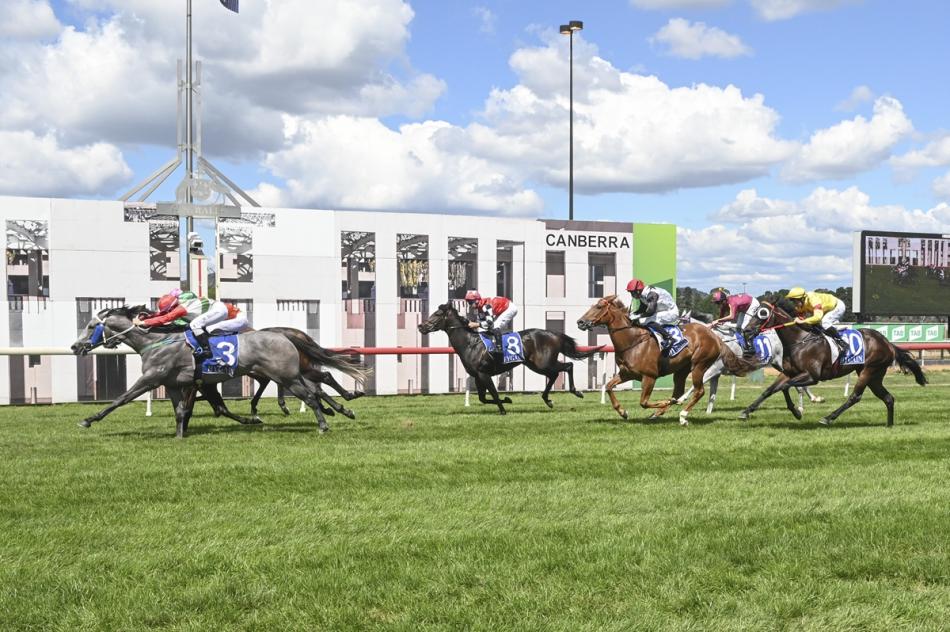 After a strong third over the 1000m at Thoroughbred Park just a week ago, Fangela will utilise the 2kg claim of quality apprentice Molly Bourke with Canberra Trainer Keith Dryden hopeful that this could be the key to his galloper adding to his impressive record of eight starts for four wins & three places.

“He’s not the biggest horse so 61.5kgs is quite a big weight for him” Dryden said. “So that’s why we’ve got the claimer on.”

“He’s racing in terrific form and he’s looking really happy and healthy. With the nice draw (Barrier 5) he should settle in the second or third pair and have a good go at them in the straight. The extra 200m suits too”

While Fangela is here to win on Friday, it’s not necessarily his grand final with Dryden set to test his son of The Factor (USA) in the City next start.

“I have a big opinion of him.” Dryden said. “I think he’s at least a mid-week City class horse so we’ll look to take him up to Sydney after this run here.”

Matthew Dale’s Pretty Woman will also line up in Friday’s TAB Federal after a big run a week ago after bombing the start and powering home into fifth.

The TAB Federal is Race Five on Friday’s West Belconnen Warriors RLFC Race Day and is scheduled for a 3:15pm start.