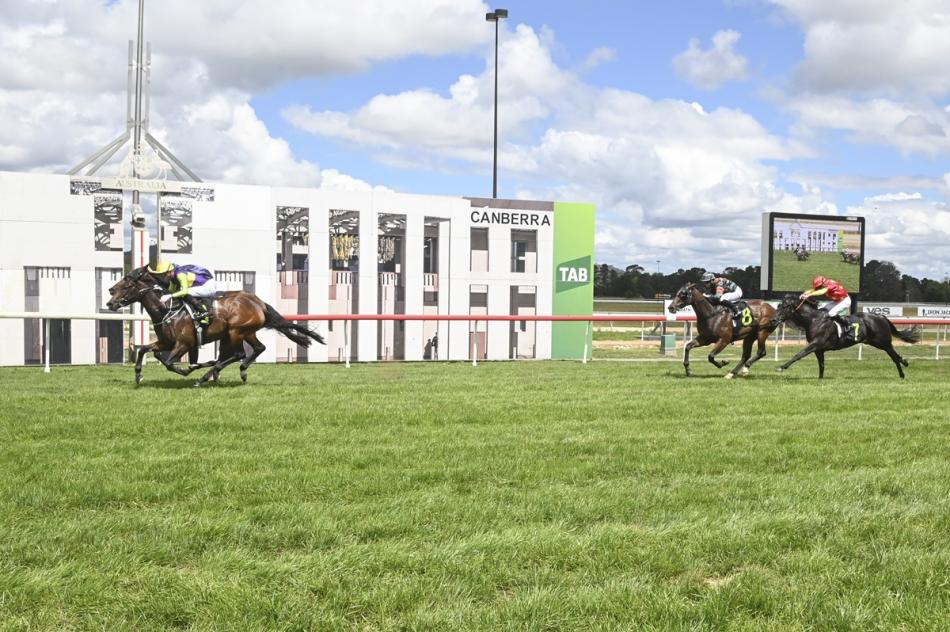 Trainer Matthew Dale will bring a handy pair of mares to the first TAB Federal (1300m) at Thoroughbred Park since 6 August 2021 when racing returns to Canberra on Tuesday 2 November 2021.

Molly Nails and Propose to Me are both winners at their home track in Canberra and are mares that Dale holds high opinions of.

“I couldn’t say which of my two are better placed.” Dale said. “Molly is going to be in front at the turn but after that I think it’s just going to come down to luck in running.”

Molly Nails enters Tuesday’s feature race at Thoroughbred Park third up and ready to peak after two solid metropolitan runs. Her third when resuming in a TAB Highway (1200m) was followed by another third placing this time in Fillies and Mares Benchmark 72 grade.

“Her first two runs of the prep were great and she’s really well placed here dropping back to country company.” Dale said

Her stable mate Propose to Me enters the contest second up three weeks after an 8th place finish behind Promotions in a Benchmark 78 at Warwick Farm where Dale believes his mare had genuine excuses.

“Propose to Me didn’t appreciate the heavy going at Warwick Farm at all.” Dale said. “She too is going to enjoy the drop in class and thrives here in Canberra, her win on TAB Canberra Cup Day earlier this year against a great field proves that.”

Dale’s pair will face stiff competition in what is a great TAB Federal field including Island Bay Boy for Tony Sergi. The Queanbeyan-trained gelding is coming out of the $1.3m Kosciuszko and boasts four wins in his short, nine-start career.

Tuesday’s TAB Federal is Race Six on the program and is due to jump at 4:23pm.