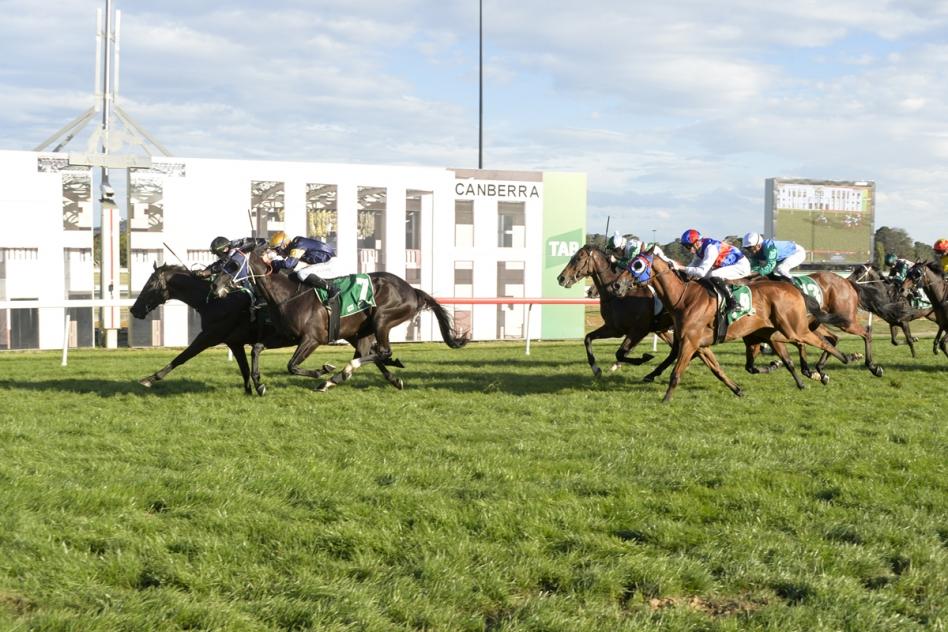 Competitive and testing field for this class to get us underway on an improving track. Metropolitan four-year-old mare 4. SALLY POPS (Robert Quinn/Ms Louise Day; 59kg) worked home okay in a much deeper race at Warwick Farm, and despite a natural weight rise, looks primed fifth-up over 100m further on a more suitable and bigger track.

*MAIN DANGERS: Improving mare 5. Pruscino didn't get through a bog track third-up in a much tougher Highway at Rosehill a fortnight ago, but destroyed the opposition in a weak country race the start before on a Soft 7 rating. Lightly raced, with still plenty to offer this prep. Honest local mare 6. Diamond Class just missed resuming here before only plain in a deeper affair 16 days ago, and is desperately wanting this extra trip.  Include five-year-old 2. California August fourth-up with blinkers back on; and home track five-year-old 7. Belleistic Lad resuming from a soft draw; if you're playing the wider exotics.

My Betting Attack: SALLY POPS to WIN & Quinella: 4 and 5

Very keen in this one on tough six-year-old 1. BET RED (Patrick Murphy/Ms Amy McLucas a1.5kg; 59kg) primed to strike fourth-up. Has twice found the line well right behind the place-getters in better races, and from a soft trailing draw, he can be saved up for a decisive finish.

*MAIN DANGERS: Keep safe honest local eight-year-old 2. Balonne who will find this easier than his last couple. Expect metro four-year-old 5. Shaddy to improve sharply from a softer gate after disappointing in his last two; while home track four-year-old 3. Call Me Artie gets a key gear change fourth-up.

Out we go over the longer journey for a tricky contest. After three runs back and sneaking down in the weights, four-year-old home track mare 10. MISS HORSBRO (Rob Potter/Brock Ryan; 55kg) can break through at big odds. Has worked home okay from well back in her last two, and the sharp rise in distance is ideal

*MAIN DANGERS: Consistent local five-year-old 2. Jack The Brumby draws to go through and lead, and won't mind if any rain sticks around. Has boxed on okay after leading in deeper affairs on heavy tracks, and certainly races like the extra 400m will be no concern. Placed six times from nine starts at home. Metro mare 6. Elegant Carriage must be given another chance after dropping right out in heavy ground at Newcastle behind a dominant winner who then won again at Canterbury on Friday night. Keep very safe capable mate 5. Affiliate deep into her prep; while not sure local four-year-old 7. Arcadia Power will back up in five days but his last effort at Dubbo was by far his best in a long time, and winkers have been added.

*MAIN DANGERS: Big watch on Dream Ahead three-year-old 1. Dream Game starting a second prep with new leading local stable after transferring from Qld. Was very competitive in consecutive metro races through mid winter before spelling. Improving filly 6. Bravo Maso hit the line impressively on debut at the Sapphire Coast; while local mare 2. Dark Origins was okay on debut here in a three-horse race, and will appreciate an improving surface.

Speed should be solid enough in this one, and that augurs well for progressive local mare 1. STARVLIV (David Kelley/Ms Hannah Williams a2kg; 61kg) who can make it three wins from her last five over more ground. Powered home to claim a thinner race at Wagga when ridden a little quieter, and from the inside draw here, can settle back and finish over the top again.

*MAIN DANGERS: Underrated South Coast mare 5. Jac The Great is a big threat fourth-up. Has worked home well in her last two against deeper opposition, and back on rain-affected ground is a further plus. Gap to the rest headed by tough home track mare 4. Sly Song who rarely puts in a bad one, although will need to slot in fairly early here from a wide barrier. Finished best to win a BM 58 in heavy going before sticking on okay after leading at the Sapphire Coast. Resuming seven-year-old 3. Just Business who draws well; and metro mare 10. Lexi's Choice fourth-up; are worthy exotic players.

My Betting Attack: STARLIV to WIN & Quinella: 1 and 5

In a race with little depth, keen here on improving metropolitan three-year-old 7. KOONDEEMAN (Gai Waterhouse & Adrian Bott/Ms Winona Costin; 57.5kg) who can get on the board third-up. Has fought hard into a place in two superior races prior, and has the early tactical speed to off-set the wide draw.

*MAIN DANGERS: Keep safe rival Randwick three-year-old 8. Silvincible who is also back in class third-up. South Coast five-year-old 1. Aye Derby continues to run home late either into or around the money, and this is a shade weaker than his last few; while both 10. Rubick Island and 11. Ausbred Bluebird can run into a place.

My Betting Attack: KOONDEEMAN to WIN

*MAIN DANGERS: Tough as teak local seven-year-old 4. Mad As Zariz also has a smart fresh record, and loves it wet. Will roll forward from a wider gate, and blinkers are back on. Home track mare 5. Affinity Beyond can improve sharply second-up drawn inside on an improving track. Honest mare 9. Honeysuckle Choice stays at the distance after careering away to win here 16 days ago, but this is a significant jump in quality. Lightly raced five-year-old 3. Golden Gorge is drawn off the track second-up, but has enough ability and drops back from tougher Highway grade.

Another open sprint to finish, with good pressure up front. The debut win here four weeks ago in heavy ground from South Coast-based filly 8. ALLGEMEINE (Matthew Dale/Kayla Nisbet; 55kg) was ultra impressive sweeping home from well back and putting a space on them. Still very well placed for the next step carrying half kilo less, and she's bred to win much better races over further. Only needs to find cover from the tough draw to be clear one to beat!

*MAIN DANGERS: Promising metro three-year-old 4. Dethroned resumes from a good draw behind two quiet trials; while both 9. Easy Rosie third-up and 10. Lady Tabloid resuming; should both be kept safe at good odds.

My Betting Attack: ALLGEMEINE to WIN & Quinella 4 and 8