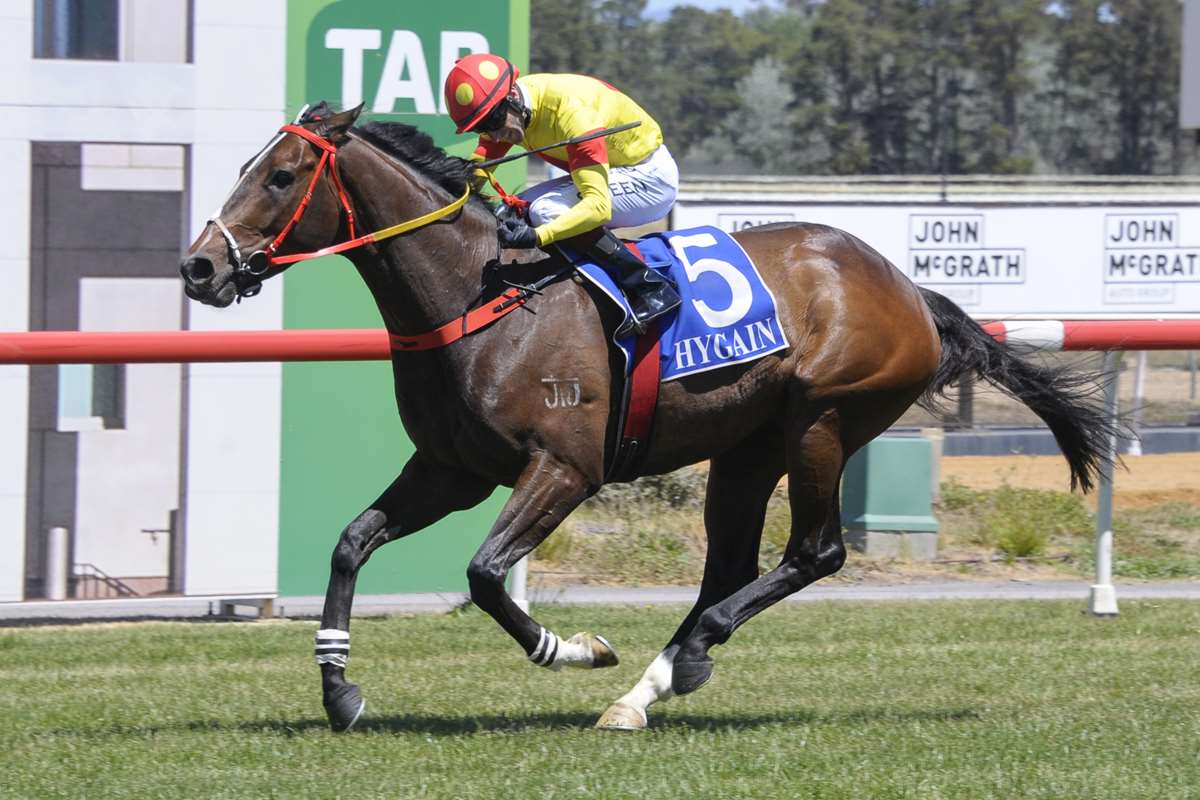 Expecting Randwick filly 4. I LIKE BIG PUTTS (Gai Waterhouse/Adrian Bott/Lee Magorrian; 56kg) to hit back hard after a flat first-up run at Gosford. Firmer track is a big plus, and blinkers are back on.

*MAIN DANGERS: Big watch on filly 6. Silk Tie who has had two progressive trials, and debuts in blinkers; while Queanbeyan-based 3. Never Astern resumes as a gelding off a handy synthetic trial.

My Betting Attack: I LIKE BIG PUTTS to WIN

Randwick three-year-old filly 1. KIBOSH (John Thompson/Brodie Loy; 59.5kg) resumes off two tidy trials, and can bounce straight to the front here and lead them a merry dance. Has superior maiden form from spring.

My Betting Attack: KIBOSH to WIN

Despite a 4kg weight rise, another small field sets up nicely for speedy Kembla filly 3. NICCI'S SONG (Graeme Murray/Jeff Penza; 59.5kg) who can make it three from four this prep. Careered away to easily win a handy CL2 on Albury Cup day in race record time, and she loves the five furlongs.

*MAIN DANGERS: Progressive four-year-old 4. No Doubt A Star charged home late to claim a CL2 at Orange, although will need a very solid pace to chase. Warwick Farm filly 6. Russbuss will relish getting back on firmer footing after struggling late on a bog track at Goulburn; and local mare 7. Sestina can give a big sight from the inside draw over this trip.

Home track four-year-old 7. KNUCKLE WARRIOR (Keith Dryden/Blaike McDougall; 56.5kg) has to get across from the outside barrier, but he's much better placed coming back to the mile with blinkers going on. Chased right to the line beating all bar the winner in his last two, and this looks the break-through race.

*MAIN DANGERS: Tough local four-year-old 2. Jack The Brumby is the immediate threat from a soft draw. Finally landed that maiden win bolting in from the front on a heavy track at the Sapphire Coast, and will take plenty of getting past, although not quite as effective on firmer ground. Under-rated four-year-old 1. Cracking Mo is much better than his ordinary record suggests, and fought on bravely to miss by a head in a deeper race here last start. Include in exotics 3. Mossy Oak who rattled home to win his maiden on a heavy track at Wagga; and provincial mare 5. Choosday Nights who was an easy country maiden winner two starts back.

My Betting Attack: KNUCKLE WARRIOR to WIN & Quinella: 2 and 7

Improving four-year-old 1. CAPRI LANE (Ciaran Maher/David Eustace/Brodie Loy; 61kg) didn't live up to the each-way support when resuming here, but this is a weaker race. Blinkers come off, and he generally progresses well into his second-up run.

*MAIN DANGERS: The betting will tell a story on five-year-old 3. Little Arnie who resumes off a lengthy break, and having his first run for a new Warwick Farm yard. Not normally a fresh performer, but draws to get a cosy run back on the inside. Keep safe seven-year-old 1. I Arize resuming off a handy trial; while 5. Damit is an each-way shot fourth-up from a soft draw at longer odds.

Now the feature Federal for the seasoned sprinters, and super keen on local five-year-old mare 5. PERFECT PITCH (Keith Dryden/Blaike McDougall; 59kg) who has been knocking on the door for only a third career win for nearly a year, but this fits the bill. Wasn't all that far off them in a stronger Highway three runs back, and did his best work late in a handy BM 65 here five weeks ago on Black Opal day. Freshened up for the drop back in trip carrying 2.5kg less.

*MAIN DANGERS: Capable four-year-old 2. Zelago led all the way to win here beating Perfect Pitch three runs back, but did too much early work last start from the wide gate at Kembla. Drawn to get a lovely on-speed run, and should be right in the finish. Ultra consistent five-year-old 4. Royal Monarch backs up quickly from a handy effort here in slightly weaker grade. Big watch on resuming mare 6. Lolita Gold who hasn't won for a long time, but is a fresh winner, and has a good record at home.

My Betting Attack: PERFECT PITCH to WIN and Quinella: 2 & 5

Moderate race. Progressive filly 2. EVERYONE (Matthew Smith/Brodie Loy; 59.5kg) wouldn't need to improve much here, stepping up from her dominant country maiden win sweeping home from well off the pace on a heavy rating.

*MAIN DANGERS: Expecting big improvement fourth-up from four-year-old 4. Sisseck who hasn't done much from the back in her last two, but returning home on a firmer surface are big pluses despite coming back in distance. Local mare 5. The Deepest Secret beat a handy maiden field here two runs back; while 8. Dance Too Hard is the best of the rest resuming.

My Betting Attack: EVERYONE to WIN

We wrap the day with a wide open maiden at set weights, and there should be good speed on. Improving local three-year-old 4. DUBAI CENTRE (John Rolfe/Ms Kayla Nisbet; 58.5kg) is ready to strike third-up with the blinkers added. Stuck on okay leading in his first run here since switching from Victoria, and can be ridden a bit quieter from the wider draw.

*MAIN DANGERS: Metro three-year-old 6. Legal Challenge is hard fit and will find this easier than his last few; while included in exotics 7. Mr Plucka at his third start; and 11. Aurora Florentina who debuts off two quiet trials.