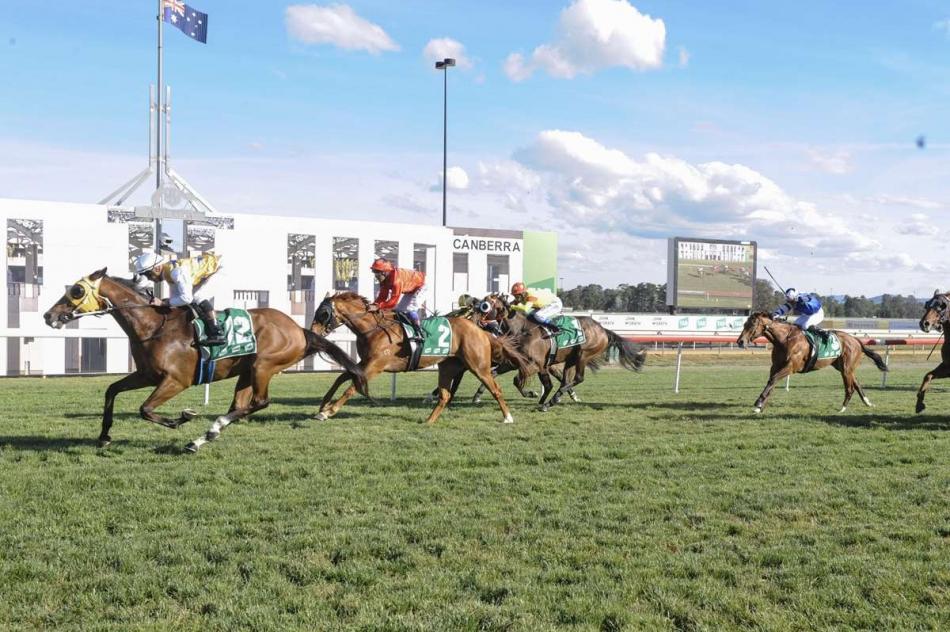 Track around Soft 5/6 & Rail back in the True

The maidens get us rolling. Metro three-year-old 4. VALIANT LAD (Gai Waterhouse & Adrian Bott/Lee Magorrian; 58.5kg) held his ground okay on debut when rock solid in the market, and can naturally improve over more ground.

*MAIN DANGERS: Ex-Victorian three-year-old 1. Dubai Centre having his first run for a new local stable, with gear changes and a seven week freshen-up; while watching the betting on 5. Whatever It Takes debuting in winkers for a leading local yard off a steady trial.

*MAIN DANGERS: Handy three-year-old 8. Island Bay Boy showed sharp improvement second-up in a similar grade, and is again drawn to get good cover just off the speed. Progressive local four-year-old 6. Hezredhot led all the way here in a Class 2 holding off the top selection, but meeting him 1.5kg worse off at the weights. Home track five-year-old 1. Royal Monarch has found the line well in his last couple, and draws the inside, but weighted right to his best against a few of these; while including in wider exotics both Albury mare 3. Yousay Bolt after a strong closing effort in that same feature sprint at home; and 4. Capri Lane who gets blinkers on second-up and well fitted with a recent winning metro trial.

Very keen on three-year-old provincial filly 9. SOLDIER'S DESIRE (Brad Widdup/James Innes Jnr; 56.5kg) resuming for only her second proper prep. Trialled nicely at Gosford tracking through wider before being run down on the line, but was never let go. Should park right behind the speed.

*MAIN DANGERS: South Coast mare 6. Sifu did her best work late here two weeks ago, and even better suited over more ground, but will likely be forced back from the outside gate. Improving three-year-old 2. Mr Plucka was back in the pack on debut here, but that was a much stronger sprint over the shorter course, and can improve sharply; while local filly 8. Kermatin is clearly best of the rest second-up for a strong yard.

Now the feature dash, and despite a massive weight high class five-year-old 1. PRAIRIE FIRE (Danny Williams/Nick Heywood; 67.5kg) can put this lot to the sword second-up. Produced a terrific return in the stronger Flat Knacker at Albury hitting the line well from a wide draw behind only the winner who was heavily advantaged by a leader bias. Was competitive enough in metropolitan Group company last spring, and is on track to return to his best.

*MAIN DANGERS: Smart local five-year-old 2. Express Courier is the clear threat first-up, and with a 5.5kg weight pull on the top-weight after the full claim. In normal fashion, the trainer has by-passed the trials for one who comes to hand quickly in the prep. Big watch on resuming mare 3. Calescent who resumes off a long break and forward trial, and has a 50 percent winning strike rate from four starts. Capable 5. Harelben who was well beaten in the Flat Knacker; and home track mare 4. Ballista who also resumes off a nice trial; are on the next line.

Out in distance for a cat-and-mouse battle. Progressive three-year-old filly 9. CALIFORNIAN (Bjorn Baker/Brandon Lerena; 55.5kg) can win again getting out to this trip for the first time. Fought hard to claim her maiden at Orange carrying 1kg more, and she's bred to thrive over longer trips.

*MAIN DANGERS: Improving local four-year-old 7. Knuckle Warrior dug in hard to miss narrowly at Wagga fourth-up, and this looks a little easier. Expect further improvement second-up from 10. Himiko who boxed on okay behind a dominant and runaway winner here.

My Betting Attack: CALIFORNIAN to WIN

Like the move to keep Randwick three-year-old 3. KAHAYLAAN (Peter & Paul Snowden/Adrian Layt; 59.5KG) right up to the mark with two trials after a BIG run in a deeper provincial Class 1 where he got home well after blowing the start by several lengths. Blinkers have been reapplied, and only needs a reasonable getaway here to be the one to beat.

*MAIN DANGERS: Emerging provincial filly 8. Miss Magnum is well placed from the draw third-up after chasing home a promising sprinter at Gosford. Improving four-year-old 4. Rocketing To Win is edging towards a second career success after two solid closing efforts at Bathurst, and draws to find a nice trail just off the speed. Include filly 6. Embeller who can peak third-up back in grade.

My BETTING ATTACK: KAHAYLAAN to WIn and Box TRIFECTA: 3,4,6,8

We close the card over the mile. Capable local four-year-old 5. SISSECK (Keith Dryden/Simon Miller; 58kg) can make it two wins from three this prep getting out in distance. Was handed a tough run in a stronger race here on Cup day second-up behind a smart galloper, and is poised to his back in this company.

*MAIN DANGERS: Improving filly 10. Reelclass is a threat off a seven week freshen-up and winning trial. Swept home to beat a handy maiden field two runs back, and draws to get a cosy run on the inside. Honest provincial mare 6. Via Condotti has far more to offer than her two wins and 12 placings from 42 starts suggests. Has found the line okay in deeper races all prep, and this is the weakest opposition she's met in a while. Metro top-weight 1. Vivid Art is on the next line second-up.

My Betting Attack: SISSECK to WIN