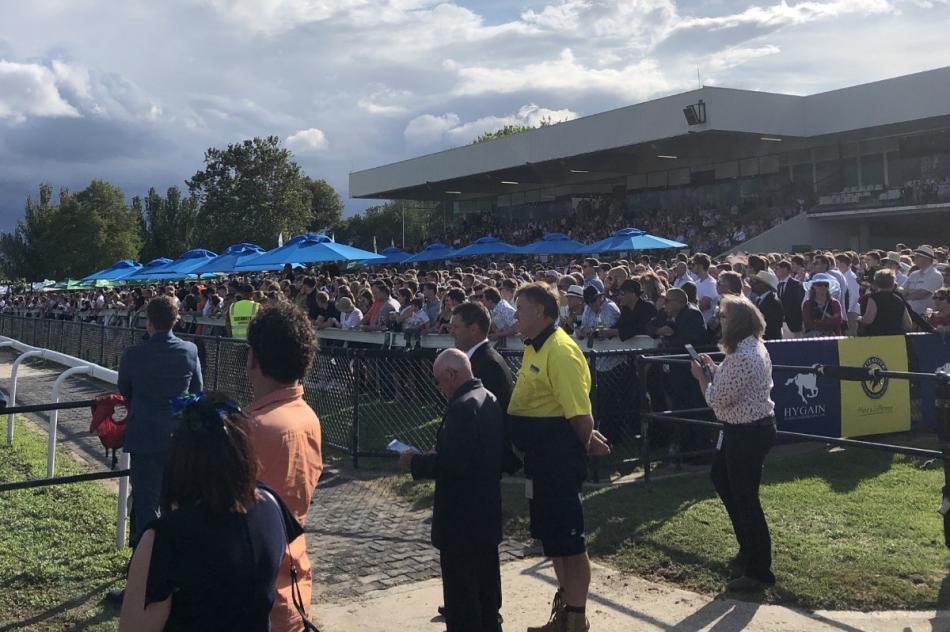 We kick off a terrific card with an intriguing and open sprint for the three-year-olds. Queanbeyan gelding 3. LITTLE KRAKATOA from the Joe Cleary stable broke through last start in heavy going at Gundagai holding off a handy galloper who then came out and won his next start. This is tougher fourth-up but likes it wet.

Out to the mile at set weights. Randwick 3YO gelding 4. BOLSON from the Waterhouse-Bott yard narrowly won his maiden second-up at Kembla in similar conditions, and is the likely leader. While the mile is as far as he wants at the moment, this is a clear drop in quality.

*MAIN DANGERS: Home track mare 12. Tanline fourth-up, and another local 1. Bro are best of the rest.

My Betting Attack: BOLSON to WIN

Tricky race with several coming out. Keen on home track 5YO gelding 2. MOHAHNA trained by Nick Olive who was even to the line first-up off a long break, and can improve enough here in suitable ground.

*MAIN DANGERS: Watch the betting on debutant Waterhouse-Bott mare 3. Frankly Savvy (Savabeel x Frankly by Pins) who hasn't done much at the trials, but in good hands; while expecting local 4YO 5. Celestial Warrior to improve third-up.

My Betting Attack: MOHAHNA to WIN and Box EXACTA 2,3,5

Back to the short course, and this stacks up well for 3YO filly 9. ARIZONA NIGHT from the Gary Portelli stable at Warwick Farm who led for a long way on debut here in heavy ground. Fitter now, drops 2kg, and will prove very hard to run down.

*MAIN DANGERS: Warwick Farm 4YO mare 4. Indignant can go close second-up after working home late in a handy maiden at Newcastle. Improving local 4YO mare 5. Mo More Chicken stuck on well after covering ground on debut in the heavy at Goulburn, and draws to get a much softer run back on her home track. Big market watch on debutant mare 3. Hallies Comet (Fighting Sun x Coolroom Candidate by Mister C) from the Bjorn Baker yard at Warwick Farm off a smart trial win, and is bred to get through these conditions.

Now the feature Federal over the longer journey, and a real tactical arm-wrestle looms in a small field, with all bar one coming through the same last-start formline. Keen on 6YO local gelding 2. FOX BEAT trained by Luke Pepper stepping out to this distance fourth-up. Was big odds working home late behind a smart galloper in a Federal over a mile, and raced in tougher grade up to 2400m last prep.

*MAIN DANGERS: Similarly, Sapphire Coast 6YO 5. Garros found the line from well back in that same Federal behind Wichita Warrior, and will also relish the rise in trip. Local 4YO 6. Casino Time was flat to the line in that race, but will thrive getting back to this distance over which he finished hard to beat a handy stayer here two runs back; and local mare 4. Sweet Knuckle sat closer in the same Federal, but didn't hit the line, and suspect she'll be ridden a little quieter this time.

My Betting Attack: FOX BEAT to WIN & QUINELLA 2 and 5

Plenty of chances in this one over the short course. Gosford 4YO mare 4. LAST CHANCE DANCE from the Luke Hilton yard is the one to beat third-up with winkers added. Was well backed when sweeping home to win first-up at Dubbo before only edged out by a nose in a good CL2 at Forbes. Drawn to park right behind the speed.

*MAIN DANGERS: Progressive 6YO local mare 8. Wilful Soul capped a run of consistent form by powering home from a mile back to win here in heavy ground, and with reasonable speed on, will again be charging late.

My Betting Attack: LAST CHANCE DANCE to WIN & QUINELLA: 4 and 8

Good quality sprint, with many chances. Like the second-up placement for 6YO gelding 4. AMERICAN SALUTE, another one from the Smith stable at Warwick Farm. Found the line well resuming in a BM 64 at Gosford, and won his only previous start on a heavy track.

*MAIN DANGERS: The flying 5YO local grey 1. The Unknown Factor is doing just that having won his last three, but has paid the handicapper's price up to 61.5kg, and will have to produce an even bigger run from a wide draw to get over the top. Braidwood mare 3. Moore Euros hasn't started for six months, and is drawn off the track, but has a smart fresh record and did win a recent heavy track trial by more than five lengths. Flew home to win a Highway at Rosehill over this trip last December. Include another mare from the Farm, 7. Snitzagirl who charged home to win a BM 65 here three runs back, and was strong to the line at Muswellbrook last start; while both 7YO local 10. Our Finvarra and resuming Warwick Farm mare 11. Vinci Lady are knock-out hopes in this going.

We close a big day with a competitive battle. Lightly raced home track 4YO gelding 10. SHENANDOAH from the form Keith Dryden stable will improve sharply out to this trip second-up after finding the 1000m at Goulburn too short resuming.

*MAIN DANGERS: Home track 7YO mare 2. Away She Goes looks well placed third-up and coming back from a BM 70 Federal, with a 3kg claim. Gets through the ground, although inside draw might be a worry late in the day. Watch the betting on Gosford mare 3. Buckle Up Baby dropping back from a CL3 at Eagle Farm when she finished late at huge odds, and having her first run at this track.

My Betting Attack: SHENANDOAH to WIN