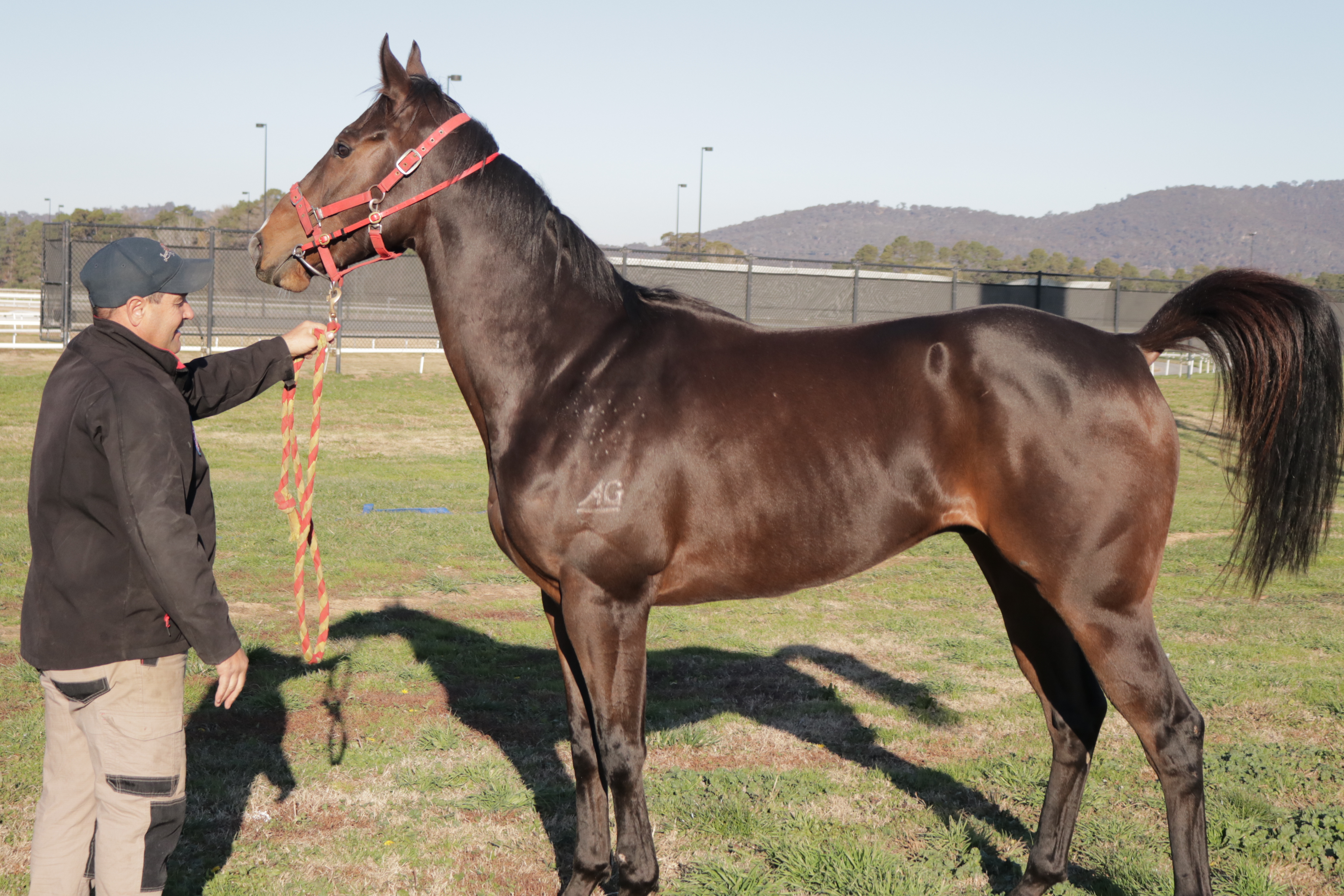 Track around Soft 6 & Rail pushed out to +9m

We open up with a good quality sprint. Strong four-year-old gelding 1. MISSILE MAGIC (Nick Olive/Shaun Guymer; 60.5kg) is right on the doorstep of a second win after flooding home late in a CL1 on Black Opal day. Hard fit to carry the big weight again, and even better suited here being bred to thrive on wet tracks.

The maidens won't hold back here at set weights. Keen at the value on three-year-old local filly 9. RUBICK ISLAND (Joseph Ible/Brodie Loy; 56.5kg) who can debut with a bang off an impressive trial.

*MAIN DANGERS: A big change of tactics in the Lickety Split here almost came off for home track three-year-old 2. Grand Lusitano who was ridden well back before powering home to only miss by a long neck off a hot tempo. Had previously sat on-speed and been overhauled over the same distance, so expect they will ride back with cover again. Big watch on two-year-old metro colt and first starter 10. Keith off two trials; while improving local mare 5. Hallies Comet has kept improving in four runs to start her career, and gets her chance to break through ridden a little quieter.

They should get a long at a reasonable pace here in what is a tricky race. Warwick Farm four-year-old 6. NOBLE ALERT (Matthew Smith/Ms Alysha Collett; 58kg) is ready to win fourth-up. Made the pace against tougher opposition at the provincials last start and stuck on well, and can peak in a weaker race.

*MAIN DANGERS: South Coast four-year-old 1. Hallucinations did his best work late on debut behind a handy sprinter, and a little more ground is a plus. Watch the betting on three-year-old 5. Duke Of Buckingham who resumes off a seven month spell and two trials; while local four-year-old 1. Off To Moe's can figure second-up drawn the inside in a maiden of less depth.

Capable local five-year-old 1. BANGER (Matthew Dale/Blaike McDougall; 61.5kg) drops in grade, and can settle back here off a solid tempo and run over the top of them. Has got going late in his last couple against much deeper opposition, and while this is short of his best trip, nothing will run a better final 400m.

*MAIN DANGERS: Rival home four-year-old 3. Zelago is a big threat after a terrific effort in a good BM 65 on Black Opal Day when she worked at both ends, but still held them comfortably at bay. Like the topweight, he's earnt the rise in weight here, but will give another big sight on a surface he relishes. Expect local mare 4. Onthetake to be finishing hard from the inside gate; while honest mare 5. Ons Vier can work into the finish after hitting the line late in a stronger Federal a month back.

My Betting Attack: BANGER to WIN & Quinella: 1 and 3

Tough Sapphire Coast six-year-old 2. GARROS (Greg Stephens/Nick Heywood; 60kg) hasn't won for a while, but this sets up nicely getting back out to an ideal distance in ground he loves. Worked home late in a stronger race two runs back before just missing finishing hard in slightly weaker grade at Goulburn.

*MAIN DANGERS: Local four-year-old 1. Whiskey Jack will find this far more to his liking after being beaten a long way in the Listed Canberra Cup. Previously had easily won a CL1 at Newcastle when heavily backed. Improving five-year-old 6. Confident Lad comes off a narrow BM 58 country win, and is best of the rest.

My Betting Attack: GARROS to WIN

Tactical and fairly even battle. Got plenty of time for emerging three-year-old filly 5. LAND AHOY (John Sargent/Ms Alysha Collett; 59kg) who sailed home to win second-up in a handy provincial CL1. Will likely need to get away from the inside around the turn, but she's building a nice record, and is at her best on soft ground. Was scratched from Hawkesbury on Tuesday to run here.

*MAIN DANGERS: Progressive four-year-old home mare 1. Exotic Deel can rebound on the quick back-up after failing to finish off a stronger grade on Cup Day. Admittedly they overplayed their hand that day scouting wide, and the winner flew up along the inside, so prepared to forgive. This is the weakest race she's faced this prep, and winkers have been applied. If four-year-old 5. Loafing finds his best, he'll be hard to hold out. Came back from a stronger Highway to work home okay in that same BM 75 as the former, and the more rain the better. Local five-year-old 2. Nieces And Nephews also ran in that same race when even through the line, although asked to carry 5kg more here.

My Betting Attack: LAND AHOY to WIN & Quinella: 1 and 5

We stay at the mile for the closer, and the good thing of the day arrives. Promising local four-year-old 4. PORT DOUGLAS (Matthew Dale/Nick Heywood; 59kg) is headed for better races, and can make it two straight. Was a bit stiff in a couple of solid closing runs before sweeping home to claim his maiden over this trip at Wagga, and this isn't much harder.

*MAIN DANGERS: Tough and consistent six-year-old stallion 3. Mandalong Nicko hasn't missed a place all year, and drops down a grade from a good fighting effort in a BM 65 here on Black Opal day. Warwick Farm four-year-old 2. Lake Thai is also on the rise after charging home at Mudgee to win his maiden at only second start, but will have to peel off an impressive final 400m again from the wide barrier.