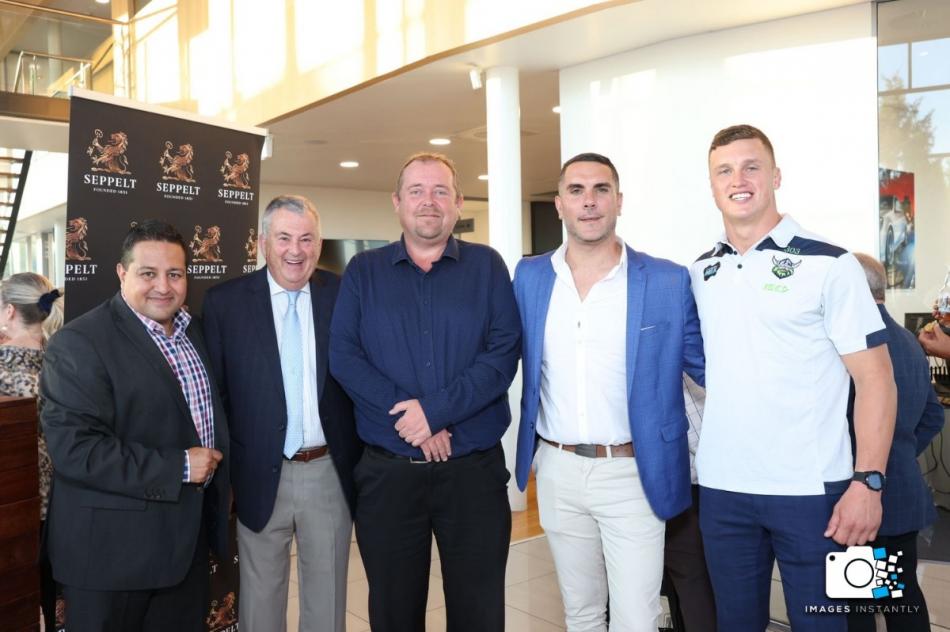 The beautiful Mercedes-Benz Showroom last night hosted the official launch of the Canberra Carnival, the John McGrath Auto Group Black Opal Stakes Cocktail Party. As the sun set, the crowd heard from Canberra Racing Club Chairman Tim Olive who thanked John McGrath Auto Group for their support as major sponsor of the Black Opal Stakes since 2016 as well as other Club sponsors in attendance.

The crowd of politicians, sportspeople and racing buffs were treated to some wonderful insights from key participants including leading Trainer Paul Jones. The son of local icon, Barbara Joseph, Paul spoke of their stables recent successes and created some déjà vu when tipping the crowd into his horse Zelago, the same horse that his mother and training partner Barbara tipped the same crowd into 12 months earlier. The horse on John McGrath Auto Group Black Opal Stakes Day in 2020 rewarded those in attendance when saluting at $9.

Fellow Trainers and great friends Matthew Dale and Luke Pepper were next and shared stories of the origins of their friendship and of their beginnings in the racing game. Pepper who was heavily involved in the career of one of Australia’s greatest sprinter’s told of his disappointment that he could not travel with Takeover Target when he went to Europe like he had in Singapore and Japan. He told of the wild celebrations at an unnamed Queanbeyan pub when his close friend, Takeover Target won at Royal Ascot.

Matthew Dale who is a great chance of becoming Canberra’s first Black Opal Stakes winning Trainer since Gratz Vella in 2011, detailed his thoughts on his promising filly Pretty Woman as well as his other key chances across both days of the Canberra Carnival.