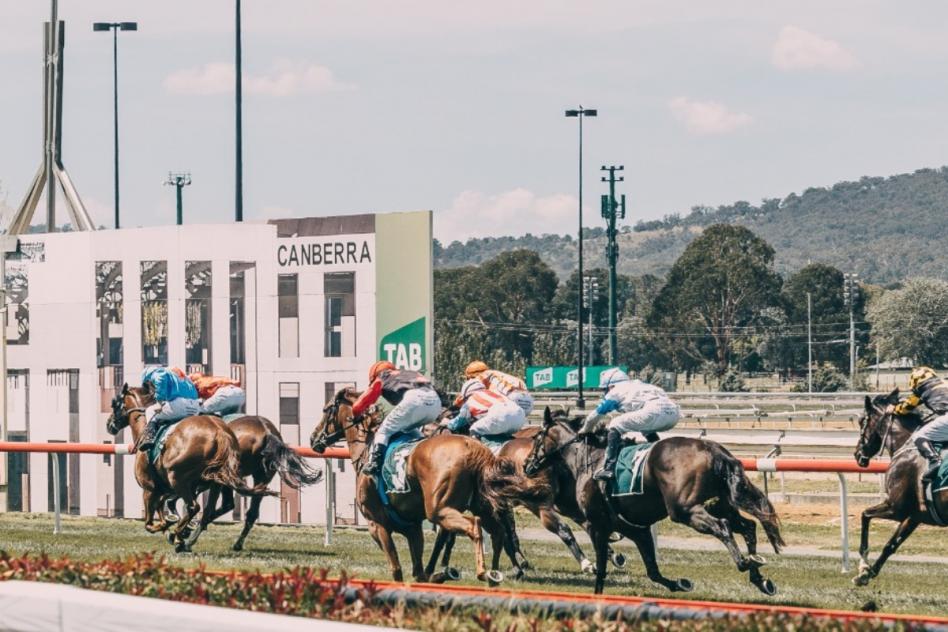 The track was rated a soft 5 and may have favoured those on-pace. Some good ones won from the back, however, so overall we’d have to say it raced well for winter. The Dryden yard again took training honours with two winners. The jockey wins were equally shared.

Stewards inquired into the disappointing run by Revolver. The hoop said the gelding travelled well, but gave nothing when the pressure was applied in the straight. No abnormalities were revealed. Farthing Wood was slow away.

Ballista was slow off and pulled up with a small cut.

REVOLVER $3.10 and BALLISTA $3.60 fought out favouritism, but both finished out of the money and featured in the post race stewards’ report.

The winner SNITZAGIRL $6.50 was firm in the market and began well to sit just behind the speed.  NOBODY'S PUPPET $6.0 led at a very solid clip and was clear at the 400m. The grey was starting to feel the pinch midway down the stretch and Snitzagirl emerged and went by to win comfortably. FARTHING WOOD $11.0 ran home powerfully from the back —  as is his want —  to hold a clear second from Nobody’s Puppet and ZAMBADA $41, who finished the race off strongly at big odds.  The race panned out well for Snitzagirl who was always travelling like a winner

Woodson, Diamond Affair and Side Cut raced wide throughout.

This was a tricky form assignment and it was the debutant WOODSON $3.20 who jumped favourite over HIT THE HIGH NOTE $3.60 and BARGING TESS $4.40.

It was the locally-trained FEVER TREE ($11) who spoiled the party resuming off a 23 week spell.  He was only having his second run for the yard and holding the rail shared the speed with Barging Tess and Side Cut three wide and doing it very tough. Fever Tree and Barging Tess came away on turning, but the winner was always travelling best. Hit The High Note battled on in third and JUST BUSINESS $10.0 and Woodson were doing their best work late. The latter looks a nice galloper, but raced new and is worth sticking with. Fever Tree is improved and will win more races.

Kez played up in the stalls and was a late withdrawal. Stewards inquired into the performance of I Call Junee Home who was eased down in the straight. The hoop said he gave nothing from the 600m and the gelding will have to trial satisfactorily before racing again.

Turfeze looked one of the better bets on the program and held the rail in a decent go for the lead, settling in a perfect trialling position behind the leader COPS AND ROBBERS $16.0. The latter held a clear lead on turning, but Turfeze was persevering and Sifu quickly emerged wider-out after racing midfield. This pair fought it out with Cops And Robbers holding a brave third. Surprisingly, he drifted from $6.50-$16.0 and might have got-up with a bit less pressure upfront. The one to catch the eye was the fourth placegetter Earp who flew late and certainly goes on the black-book.

Irresistible Girl raced favourite and was beaten 10L. The apprentice rider said the mare suffered interference passing the 1000m, but travelled well in the run after and raced like a tired horse. Trainer Matt Dale said she would be retired. A post-race vet examination revealed no abnormalities with Let’s Get Animal who drifted from $5.0 to $14.0 and ran accordingly. Newtown Belle raced wide throughout. Miss Farloo was also wide throughout and overraced passing the 800m.  For Love missed the jump and met some trouble later. Onya Marks was last out after an awkward jump.

It was $4.20 the field with the favourite IRRESISTABLE GIRL disappointing as outlined above.

It was a messy affair especially early when they slowed up in front and a few got on heals. KATIE DID IT $7.0 led comfortably from THORNBROOK $9.0 with MISS FARLOO $8.5 three-wide. The apprentice rated Katie Did It to perfection and she held her advantage over the other pair who tried hard. GIOCOSO ($6.0-$13.0) made good ground from the back and is worth sticking with. It was a brave effort by Miss Farloo to hold second after a very tough run.

April Storm disappointed and the stewards inquired. The gelding pulled up with a small issue and displayed some stiffness at the stables on 4 June and will be spelled. A warning will be placed Pinch Memory’s record after the gelding hung out and proved difficult to ride out. Missile Magic was slow away and the hoop felt the performance had some merit given he made some ground late under the top weight of 62kg.

MISSILE MAGIC $3.0 raced favourite ahead of PINCH MEMORY $3.80 and both disappointed; featuring in the steward report.

The local THE UNKNOWN FACTOR was a firm $8.0 throughout betting and sat on the leader ORIENTAL GIFT $31.0) throughout. They ran along and the first four on-pace put a gap on the rest before turning and they didn’t get into it. The winner took-over after turning and won comfortably in the end from NO WHAT TO KEEP $18.0 and MAS DINERO $6.50, who ran on well and can improve off that. LUCID KISS $31.0 tried hard in fourth.

Equal Balance and Demonstrate were slow to begin. Nieces And Nephews raced wide throughout. Balonne was held up rounding the home turn. Treasury Boss was a late withdrawal at the barriers and will have to trial satisfactorily before racing again.

On paper, the winner ROCKAROSA looked the one to beat in the Federal, but drifted from $3.60 to $6.00. The money came for ACTION SHALE $2.60 who missed the placings after sitting outside the leader CACCINI $15.0, seemingly getting every chance. NIECES AND NEPHEWS $7 camped on those but was widish. Rockarosa and DEMONSTRATE $31.0 raced comfortably together midfield. Action Shale looked the winner as they settled for the run home, but couldn’t put a gap on them. They came from the back and Rockarosa weaved a way though and finished strongly, as did Demonstrate further out, and there wasn’t much between them on the line. It was a bunched go for third with Nieces And Nephews determinedly holding that spot. Back from town Rockarosa (ex Waller) again impressed for the Dryden yard, as did Demonstrate at the big odds.

Opposite was slow to begin as was Pride Of Kalaru. Stewards inquired into the tactics employed on the latter, and in their opinion, the apprentice jockey had erred in not attempting to take up a position with cover in the early stages of the race -- which would have given the horse a better opportunity to finish the race off. (Ran fourth).

The market was only interested in DREAM RUNNER $1.95F and LORD DESANIMAUX $2.70, and they ran first and second, with the third-elect DREAM MAIDEN $10.0 running third.

There were four vying for the lead before the 800m with PRIDE OF KALARU coming away and leading by nearly four lengths on turning. Dream Runner raced comfortably midfield with Lord Desanimaux tracking him. The former presented out wide on turning and was balanced up before putting in the big ones to win comfortably from the Lord who looked a chance passing the 200m, with nearly 6L back to Dream Maiden.  Dream Runner made a big impression winning easily on debut here and made short work of the CL1’s at set weights. He settles well and covers the ground beautifully and it will be no surprise to see him next in town. A promising galloper. Lord Desanimaux also impressed, but found a good one.