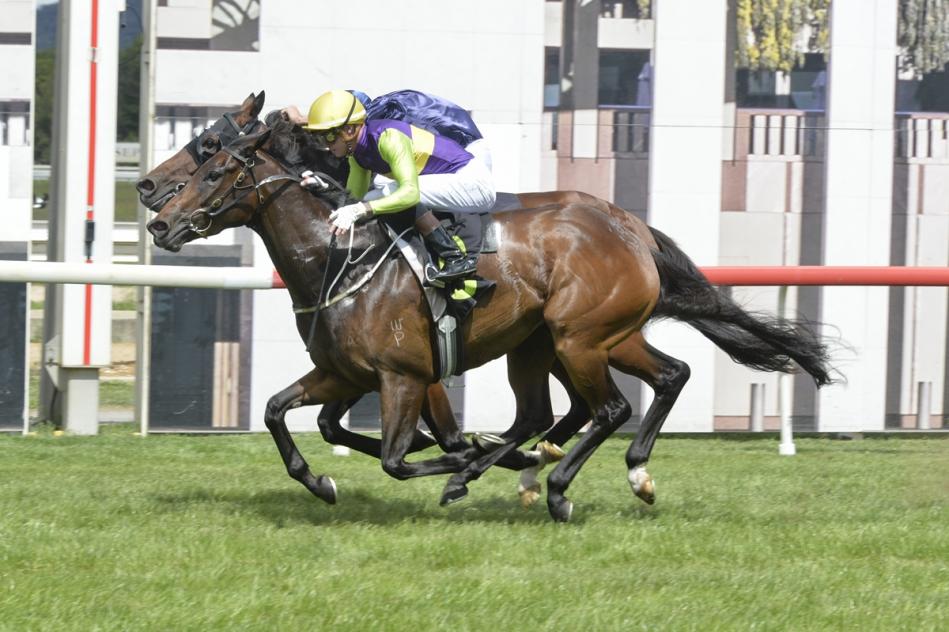 We return to the grass on the course proper and with rain forecast on the day the track will be on the slow side.  The Federal sees the return of the promising Floki off a long break for Danny Williams. It is an intriguing race.

The Maher-Eustace yard don’t bring horses here very often and have Dambulla engaged in the final event, and he should prove hard to beat.

Expecting the Waterhouse-Bott yard to hold the key to this contest. THE SWELL (3) was strongly backed to win on debut on the Acton owning sharp trial form. She led with pressure on her outside and did a good job to stick on in second. She gets a low gate and a rider switch and can make amends. Stablemate DAZZLING DAMSEL (5) debuts off solid city trials with the blinkers applied. McDougall rides and the filly needs to be kept very safe. FOR LOVE (1) impressed placing as favourite resuming and then disappointed at Newcastle. Fitter, she’s a genuine chance if we forgive that. EXOTIC DEEL (6) debuts for the sharp Nick Olive yard and has trialled well at this track. The market will tell if they consider her a winning hope. BET: Sticking with The Swell.

Stratum’s Rose looks set to lead despite the drop in trip. STRATUM'S ROSE (5) is racing at peak and deserves the win. She lead them a merry chance in the Federal 2 weeks ago at 70 level, and was run over late, and the winner O’Princess has gone on to win again. Comes back to the mile and that should suit. QUICK SPIN (6) finished hard winning at Goulburn and then just missed at Nowra, also in 58 grade. The latest stacks right up and he’s a genuine hope with the weight drop. SWEET KNUCKLE (7) had no luck in that Federal, but the run before at that level reads well. High-stable striker McDougall is reunited and she can be right in the finish without surprising. SENSACOVA (2) has been knocking on the door in stronger city and provincial contests and, drawn to advantage, deserves consideration. BET: Stratum's Rose will take plenty of passing.

A few have led on occasions, but tricky to nominate the one who will take up that role today. The money kept coming for BRENNAMAN (3) on resumption, but he was forced back after meeting trouble at the start. His finish was an real eye- catcher and McDougal sticks from that. Needs a good ride, but he looks to have a stack of upside and presents as the one to beat. CADENCE (4) is a candidate to lead with a decent kick and expect quick improvement on the first-up Gosford hit-out. He draws well and the stable has a good record at the track. AESOP'S FABLE (5) hasn’t been far away and the blinkers are applied today. Peaks and can be in the finish for the Sydney yard. DISCO DIVA (8) draws low and is in good hands. Expect her to make quick improvement following the Newcastle debut. BET: Hard not to be impressed with Brennaman’s first-up run and the SP.

Vin Du Jour, Arithmetic and Woollahra Lass will all be prominent from the jump. VIN DU JOUR (5) interests resuming for the Beer yard. He was just beaten four back at Bendigo on debut and that’s the best figure presenting here. He also led and won fresh last campaign, rating well. He owns a Wagga trial win and no surprise if the speedy galloper races boldly. GLENLEIGH LAD (3) is the obvious one building on his impressive Acton win two weeks ago. He thundered home as favourite in that and keeps the claim. He can keep improving. ARITHMETIC (8) didn’t miss by far resuming at Parkes and has plenty to give. She will use the low gate and the rise in trip suits. WAIHEKE (1) is a former Waller galloper back after 226 days for the Dryden camp. His best form is over further, but he’s had a trial warmer and needs to be kept safe with the handy 4kg claim. BET: With Vin Du Jour if the market reflects stable confidence.

Nevada Sunrise can lead from the low gate and could even get it softish. NEVADA SUNRISE (8) put the writing on the wall at Kembla before leading and proving too good for the Maidens at Bathurst. He rates well and looks poised to take the next step. LARMOUR (3) brings a similar figure from the impressive first-up placing on the Acton behind Eurosay. She was late getting clear and finished it off like a good horse. She draws out, but should be able to cross over comfortably and gets her chance. JELLIES (7) was around the mark in the same race and drawn well has the ability to make the finish. HEAVEN ON EARTH (6) should be ready to show her best and that gives her a chance. BET: Backing Nevada Sunrise.

Home Scene should cross over to the speed comfortably and can lead. HOME SCENE (2) runs along and returned to racing with two close-up efforts at Gosford in stronger, and then things didn’t quite work out at Nowra. He gets a number of gear changes (including the blinkers coming off) , and looks a live chance. MADAM OAKS (3) will be better for the two runs back and has plenty up the sleeve. Will likely push forward with the blinkers on first time and can be right in the finish. LORD DESANIMAUX (1) resumes off a string of placings over further. He’s trialled and has placed fresh, and Owen’s booking suggest he is ready to go. RUM CAKE (13) and HYGIEIA (11) also deserve consideration in an open contest. BET: Leaning to Home Scene.

There’s early speed across the barriers as you would expect, with Floki crossing-over a possible leader. This is a absorbing race, with most attention centred on Floki’s return to racing. CACCINI (12) will race handy and delivered in the Randwick Highway third-up from the front, after two near misses the same track and grade. Is back to the 1000m after a 34 day freshen and that won’t be a bother. Peaks off his best career best and is a live hope to make the double. FLOKI (3) has a big reputation and resumes for the new yard owning an impressive trial win at his venue. There are a few queries. He’s had 553 days away and has to manage the wide gate and soft track, and his best figure is a length or two shy of Caccini’s latest effort. No surprise if he wins, all the same. CONCRETE (2) resumed in town bringing a string of wins and looked in need of it. He will use the low draw and can improve sharply. TE ATA (6) resumes off the BM 65 win this venue and also draws to advantage. She’s never been tried at this distance, but no surprise if she’s ready to go with McDougal taking the ride. GRETZKY (13) ran a good race first-up for the new yard  and has more up the sleeve. May need longer now, but keep the ex Hawkes galloper very safe. BET: We should get each way about Caccini.

Dambulla will lead over the middle distance. DAMBULLA (2) presents for a leading Victorian yard and brings compelling form from the NSW provincials. Missed a lip the latest at Hawkesbury and keeps improving. Gets a handy gate and the premiership hoop, and is clearly the one to beat. NIJINSKA (11) and OPPOSITE (8) were good placing behind Yeppoon two weeks ago on the Acton. The former ran favourite and hit the line well, but she’ll need a good ride being a back runner drawn the rail.SEPULCHRE (4) has been around the mark and gets another chance. BET: Keen on Dambulla.