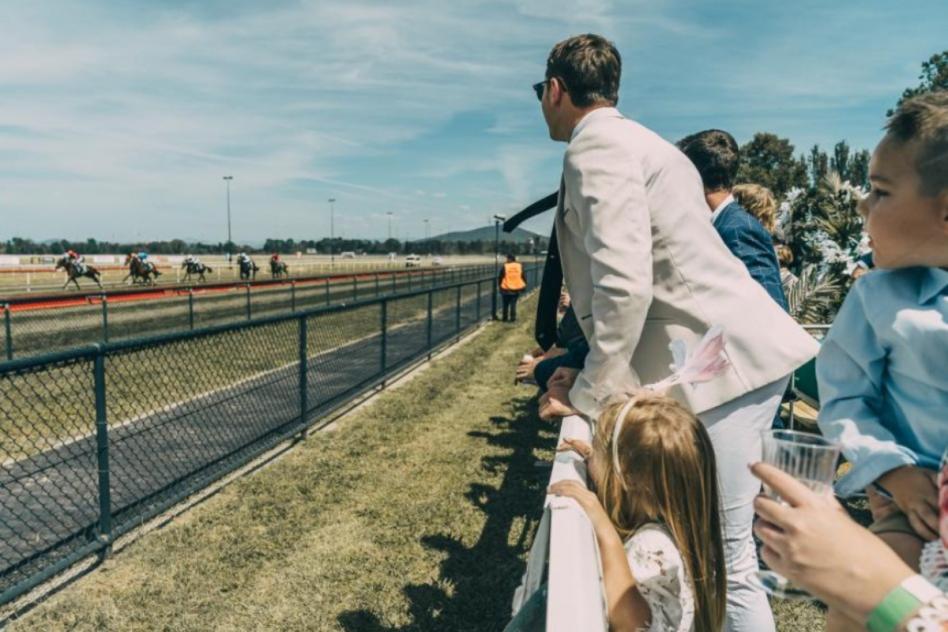 Milamoo may be the one to lead. GALAHAD'S QUEST (4) resumes and has gone close a number of times in stronger Maidens. He owns a sharp Warwick Farm trial and high stable striker Lever rides from a low gate. He is also nominated for Nowra, but he looks ready to go and should be hard to beat if he starts here. RUM CAKE (7) keeps improving and there was a lot to like about his placing here at the last meeting here behind Flight Commander. He was a bit unlucky late and gets another chance. MILAMOO (1) resumes and is likely to run along with the 4kg claimer engaged. She missed a lip here three back and will be presented forward. BOXING (3) debuts and was a high-price yearling purchase. He was last seen in a January city trial for the Snowden yard and gets the blinkers first time. Reported to be going along well and keep very safe. BET: With #4 Galahad's Quest if the market confirms the readiness.

Beach Club is a leader and The Swell is likely to contest. THE SWELL (7) debuts for Waterhouse-Bott and has looked the good in trials stretching back to March. She won the latest at Gosford and draws a low gate. She looks to have plenty of ability and this is a suitable kick-off assignment. BEACH CLUB (3) is a former Victorian who has been good in his two runs for the Williams yard. Was heavily-backed the latest and the speedy filly is sure to take passing. PERSISTENCE PAYS (9) was in need of it first-up and can make quick improvement with the blinkers applied first time. BRECHFAST BEERS (2) and HYGIEIA (5) both debut, with the later representing the top local yard. Keep and eye on the market. BET: Expecting #7 The Swell to take beating.

Snitzagirl may be the one to lead and Action Shale and Don’t Even Kiss Me will race handy. A terrific contest. ACTON SHALE (2) won comfortably resuming at this track two weeks ago with extra fitness and no surprise if he takes the next step. He has more up the sleeve and will use the rail. GIRLS ARE READY (3) is promising and was last seen 153 days ago beaten 1.1L in an Eagle Farm Open 3. She has trialled well and can win at best. She will likely sit back off a solid tempo and be changing home. SNITZAGIRL (5) is a speedy improver who was beaten a lip second-up at Scone. Draws to advantage and should be right in the finish. NEWTOWN IS COMING (1) brings good form to the resumption and owns a 7.3L Goulburn trial win. Lever sticks from that and he needs to be kept very safe. BET: Leaning to #2 Acton Shale who will get favours in the run and performs on the Acton synthetic surface.

Stratum’s Rose can lead from Palamedes. Another very competitive race. O'PRINCESS (2) seeks the hat-trick and has impressed in the way she’s been doing it. She still looks well placed with the 3kg claim and is a determined finisher who won’t be bothered by the extra 150m. STRATUM'S ROSE (5) led and won the CL1 here easily two back and then skipped the last meeting here to race in a Rosehill Highway where she placed. She ran here best figure in that and should go close back to this grade using the rail. SWEET KNUCKLE (6) has to give then a start and hit the line well placing here two weeks ago. Always needs a good ride but a win wouldn’t surprise. GENTLE ANNIE (3) placed ahead of the above in the same race and that stacks up. Not sure the rail suits, but he gets another chance. BET: Sticking with #2 O'Princess.

Chuave Dog can lead from Fabulous Fran and Flight Commander. A number of winning chances. FABULOUS FRAN (5) led and missed a whisker here behind Eokalio and then had no luck on the tricky Gundagai track as favourite. Taylor takes over from McDougall and will push forward. She looks the starting point in an open contest. FLIGHT COMMANDER (3) got all the favours and deserved the third-up win here two weeks ago. Peaks now and will go close with a good ride.

LIVE THE MOMENT (1) resumes and is a lightly raced Sydney-trained galloper who is up to this at best. He is likely to be going better then the recent trials suggest and is a big market watch with Lever riding from a low gate. MAGPIE (2) also rates well at best and has support first up for the new yard at Gundagai in stronger, but things didn’t work out. Gets a key rider switch from the apprentice to McDougal and a much improved run wouldn’t surprise. CHUAVE DOG (6) ran his best race leading and winning the Maiden at Wagga first up for the new stable. That was on the heavy but he needs to be kept onside. BET: #5 Fabulous Fran to win and covering in quinellas.

Imanacheeva can cross the field and get a comfortable lead today. The top four  selections all come out of the same race two weeks ago this track. OLD TRAFFORD (3) was wide in that and made a lightning move to sit wide on the speed before taking the lead and being grabbed late. He’s likely to get a more advantageous run in transit today and gets his chance with the handy 3kg claim. YEPPOON (5) missed a nose in that race after being back and wide after before charging home. No surprise if he went one better if the track is advantaging hard finishers. OPPOSITE (7) can win this at best, but running out of chances. Cahill is reunited and that is a plus. IMANACHEEVA (2) raced favourite in the same contest and disappointed again. He gets the 4kg claim and the blinkers and will likely get a soft lead. He can’t be discounted. BILLO ROAD (1) will sit and deserved the comfortable Wagga Maiden win when he flew late. He gets the chance to build on that. BET: Backing #3 Old Trafford.

Good pace and the top three selections will all be prominent from the jump. GIRONDE (8) put the writing on the wall on resumption and then was on-speed winning the Maiden comfortably for the Olive yard. That stacks right up and he gets the chance to repeat with the 3kg weight drop and a good ride from Ward. WE COULD BE HEROES (1) has been threatening and got up in a Kembla CL1 15 days ago. He’s been close up three times on this track and a winning double wouldn’t surprise. LARMOUR (5) resumes for Olive from a low gate with Billy Owen back in town and doing the riding. She will race over further, but is well up to this at best watch the market very closely. EUROSAY (4) won the Maiden here second up and keeps improving. He will need some luck pushing forward from the wide gate, but gets McDougal for Ward and he’s rides the track well. BET: Keen on # 8 Gironde.

There is pace across the barriers and they will run along. IS THAT SO (1) resumes for the Sydney yard and can win if on song. He comes off two trial warmer and expect Lever to push forward. The market will tell. COSTA CHIN CHIN (3) caught the eye late on debut after a wide run. McDougall sticks and will have to be at this best managing the wide gate. The gelding could surprise. BUBBLER (6) placed here second-up and it was a big effort after being wide all the way. Gets the blinkers first time and Ward takes over. Will likely sit midfield and come home hard. GLENLEIGH LAD (2) has just missed the last three runs and was pipped by Eurosay here the latest on a 4-day back-up. Gets a 3kg today and is a winning chance if he can make the speed with some comfort from a wide gate. BET: #1 Is That Song is the one to beat if the market reflects stable confidence.