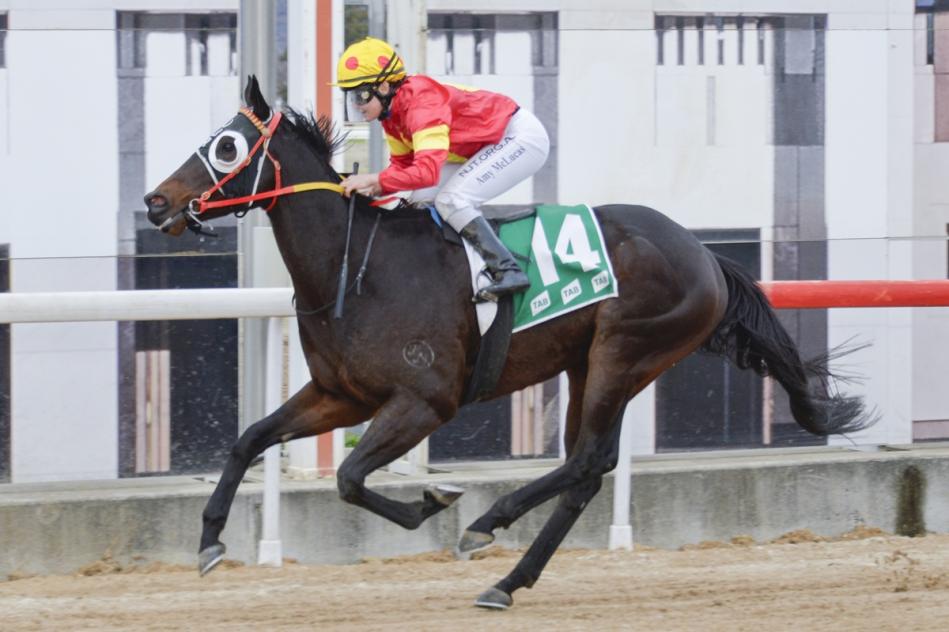 Speed runners dominated, but punters adapted and there was only one big upset on the day. Given the way the track played some better supported runners can claim excuses.  Kayla Nisbet and Billy Owen both rode doubles. Training honors with the Joseph-Jones stable with two winners, including Merc in the Federal.

Four of the five runners were given a decent chance to salute. PEREGRINATION $3.6 resumed as gelding owning a sharp city trial. McDougall sat him behind the leading pair and came between them into the stretch and proved much too strong, winning by 3.5L. GOLD GIFT $3.4 led from the rail with some pressure and tried hard before the winner got the upper hand at the 200m. CHRISTMAS REIGN $4 worked outside the leader and battled on in third, 6.7L from the winner. The $3.30 favourite FEUDALIST was bustled along early but had trouble keeping in touch. Peregrination is a nice striding type with a future

MANDALONG SUPERB $31 was the day’s blowout scoring a whisker from the Dryden-trained stablemates. A number looked to take forward positions with the winner prevailing. He travelled kindly and fought bravely to hold the challengers. There was only 1L covering the first five home. ELLA AMELIA $2.90 on debut got a nice trail behind the leader and held the rail on turning. He got to within a head at the 200m but Mandalong Superb was coming away on the line. ELLA AMELIA $4.20 didn’t contest the early speed and settled behind midfield. She took an inside route and didn’t get the best of it late looking for a way through. ONYA LIONAL $15 was beaten 4L and had no luck in the run. The winner hadn’t shown a lot but presented fitter and clearly enjoyed the synthetic surface. Holding the lead was the key. The Dryden place-getters were well-prepared and will go on for this.

SHE'LL BE APPLES $3.50 raced favourite and confirmed her liking for the surface with a dominant all-the-way win. There was a frantic rush for the lead and the winner prevailing, having to burn over from a wide gate. She was five lengths in front at the 200m and held the margin strongly through the line. OAHU GAZE $6.50 sat patiently behind a bunch on-speed and ran on better than the rest to hold a clear second from FRIDAY LIBERTY $21 who settled last but got going late. SUREKAT $4 was also back in the run and had too much to do. FLYING GRACE $4.80 held a handy position but showed nothing when the pressure went on. She’ll Be Apples was simply too good on a track that advantaged.

PRIDE OF KALARU $6 was four wide around the first turn but Billy Owen maintained a forward move and found a clear lead as they passed the 1000m. He travelled kindly and put a gap on them into the stretch and held an easy 3.3L on the line. EPIZEEL $15 had a soft run trailing the leader and ran on well to hold second from BRENNAMAN $5 who sat forward of midfield and raced keen down the back when the pace slackened. He ran on but looked to have every chance. The hot favourite SAINT HENRY $1.80 settled back and fought the rider. He turned a mile off the lead and ran on okay. He’s worth another chance. It was a bold ride from Owen on the winner. Getting that front spot paid off.

VALLAURIS $4.60 made it back to back winners for Owen. He used the low gate and sat handy off the rail — although racing a bit keen. He presented four wide on turning and held a length lead passing the 200m. LARMOUR $12 got a soft run on the rail just behind the leading bunch and Penza got a nice run through and immediately threatened. He momentarily looked the winner but Vallauris just held a margin. DANCE TO HARD $21 was back on the rail and had a wall in front in the turn. She ran on well as did the favourite CASINO TIME $2.80 who settled rearward and was the widest on the turn. Just had too much to do. 7.1L back to Mohahna in 5th.  Tidy efforts the first two home. It was tough for others the way the track was playing.

The winner MERC ($7) flew the gates with the low weight and railed behind the leader EXAGERATE $31. These two turned in front and engaged in a stern battle before Merc took the lead at the 150m holding a length on the line. OUR FINVARRA $17 ran on stoutly beaten 3L. CLEARLY REGAL $2.20 ran a well-supported favourite but missed the start from the low gate. He railed but was well-back on turning. He got an uninterrupted run in the straight and on face value was disappointing. The track bias played right into the hands of the first-two home; both in-well with the claims.

The veteran SKY MISSION $3.80 was backed into favourite and proved much too good. The three best-supported ran the trifecta. The winner led from the rail and held off a determined bunch seeking the prime spot. The promising apprentice settled him well and he held a margin on the turn. He proved much too fast winning by 2.3L. WICKED WILLY $4.40 didn’t get the best start but McDougall kept improving along the rail. He turned second and had every chance to peg back the margin. RED KANZI $3.90 was back in a bunch early and ran on well down the middle. She had too much to do on a track playing to the pace runners. Punters got it spot on with the speedy Sky Mission, with the handy claim and drawn to advantage.

There was another change for the lead and EVANORA $4 worked to lead over GRAZIE $5.50 and the field was strung right out with the speed on. Into the stretch Evanora soon burnt Grazie off and held a 3L lead at the 200m and held a 1L margin on the line. KHALEEJ $15 settled back on the rail but improved quickly into the firing line. Burst through a gap late and it was a notable effort getting 2nd. Good efforts too from INNISBROOK $10 running on and the favourite VERDI $3.60 who caught the eye late after a mucked start. Another case of a noted front-runner winning.