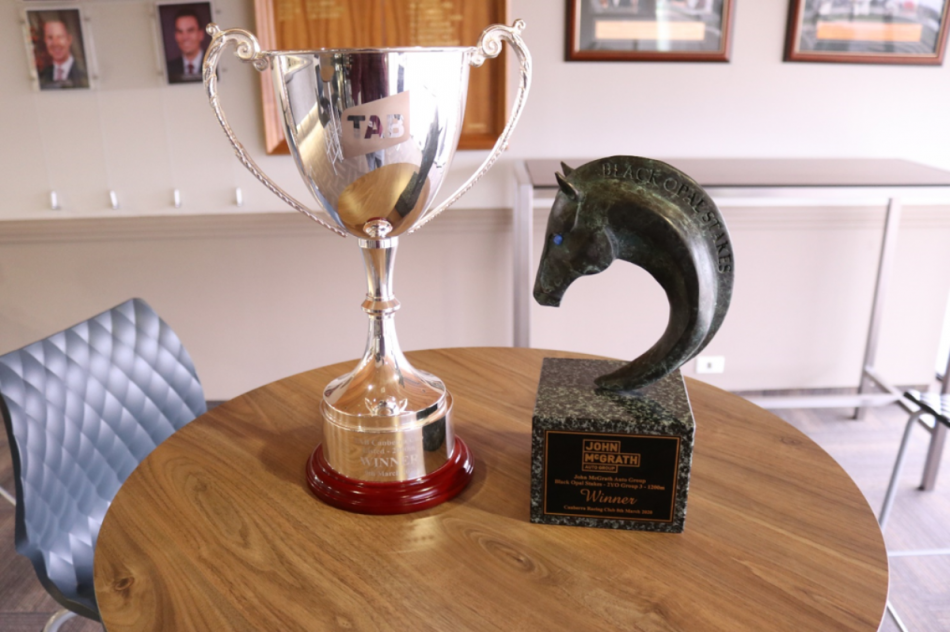 A number of superstars on a Golden Slipper path have put their names forward for the $250,000 John McGrath Auto Group Black Opal Stakes including Blue Diamond Stakes winner Tagaloa. Co-Trainer Trent Busuttin said “Plan A is to race him at Sydney, but if Randwick is bottomless, he’s a chance to come to Canberra."

Busuttin and co-Trainer Natalie Young have indicated that stablemate Obligatory will most likely contest Canberra’s premier race. “He’s only had one soft run, he’ll race around at big odds and go well, we wouldn’t bring him up if we didn’t think he’d go well.” Busuttin said.

Cessabeel, the once Slipper favourite may be ready to bounce back after pulling up 2/5 lame in the Group 2 Silver Slipper and has been installed as $3.50 favourite with TAB. The filly is one of five Ciaron Maher and David Eustace trained nominations amongst the 33 total. Other notable nominations for the Maher Eustace team include Group 3 winner Prague and the Blue Diamond Prelude placed Muntaseera.

Conversely to last year, Godolphin have just two nominations in Gravina and Tamerlane while team Snowden have five quality hopes in Aftermath, Argenteus, Barbaric, Bartley and Blaze a Trail.

The Kris Lees and Australian Bloodstock combination have a number of high-quality imports such as Attention Run (GER), Mr Garcia (GB) and Mugatoo (IRE) who remains unbeaten on Australian soil. Mugatoo (IRE) is the early favourite with TAB at $2.80.

Nick Olive’s Maid of Ore looks the most likely of the local contingent to knock off the big metropolitan stables.