Blockbuster fields for both days of the Canberra Racing Carnival 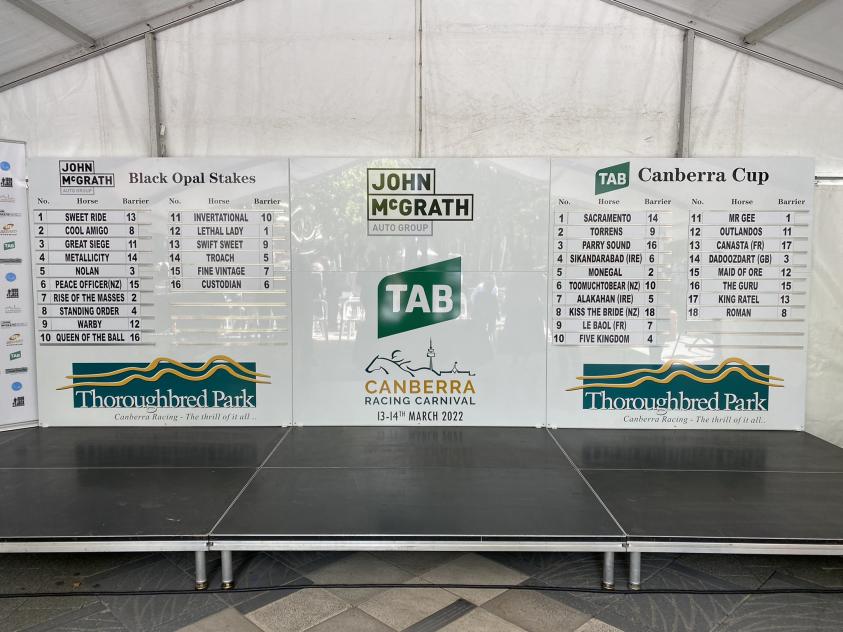 The Canberra Racing Carnival has received the greatest number of acceptance since it’s inception in 2020. 248 horses have accepted to run across 17 races on the Canberra Day Long weekend. A significant increase from last year's 213 with one less race.

The highly touted Zoustar colt turned heads at the trials before a fourth placing on debut. Trainer Peter Snowden is keen for his talented galloper to put it all together on race day.

“He’s got to do it when it counts now.” Snowden said. “He’s definitely talented and we’ve always thought he’s had ability but now he’s got to translate that to race day now.”

“We’re obviously not over the moon with his draw (Barrer 14 of 16) but he’s definitely on his way to Canberra on the weekend. I think he’s a really good chance along with Aim in the National Sprint getting back on dry ground.”

Snowden will take some solace in the fact that Metallicity’s key rivals have also drawn unfavorably with Annabel Neasham’s Sweet Ride drawn 13 and the Freedman’s Queen of the Ball, the widest in Barrier 16.

There were mixed results for local hopes with Lethal Lady for Norm Gardner drawing the inside alley in Barrier 1 while David Kelley’s Invertational has drawn Barrier 10.

Like the Black Opal Stakes, a quality field has assembled for the Listed TAB Canberra Cup (2000m). Chris Waller’s Toomuchtobear is currently a $5 favourite with TAB in a wide open race.

Veteran mare Maid of Ore will line up for her third TAB Canberra Cup tilt with Trainer Nick Olive telling the Live Barrier Draw crowd of her recent return to form.

“I thought she was fantastic at the Valley last start.” Olive said. “To be honest I thought she should have won.”

“She’s an absolute gladiator of a mare and even though the races she’s been in are perhaps a little weaker than what she’ll face here, she really loves running on her home track so I’m sure she’ll be up for this.”

Maid of Ore will be joined by fellow locals Matthew Dale’s Five Kingdom and Joseph Jones Racing’s Roman, should he gain a start as second emergencies.

The Canberra Racing Carnival will kick off with the PFD Food Services Handicap (1000m) at 12:30pm on Sunday 13 March. Tickets remain available across both days of the Carnival.